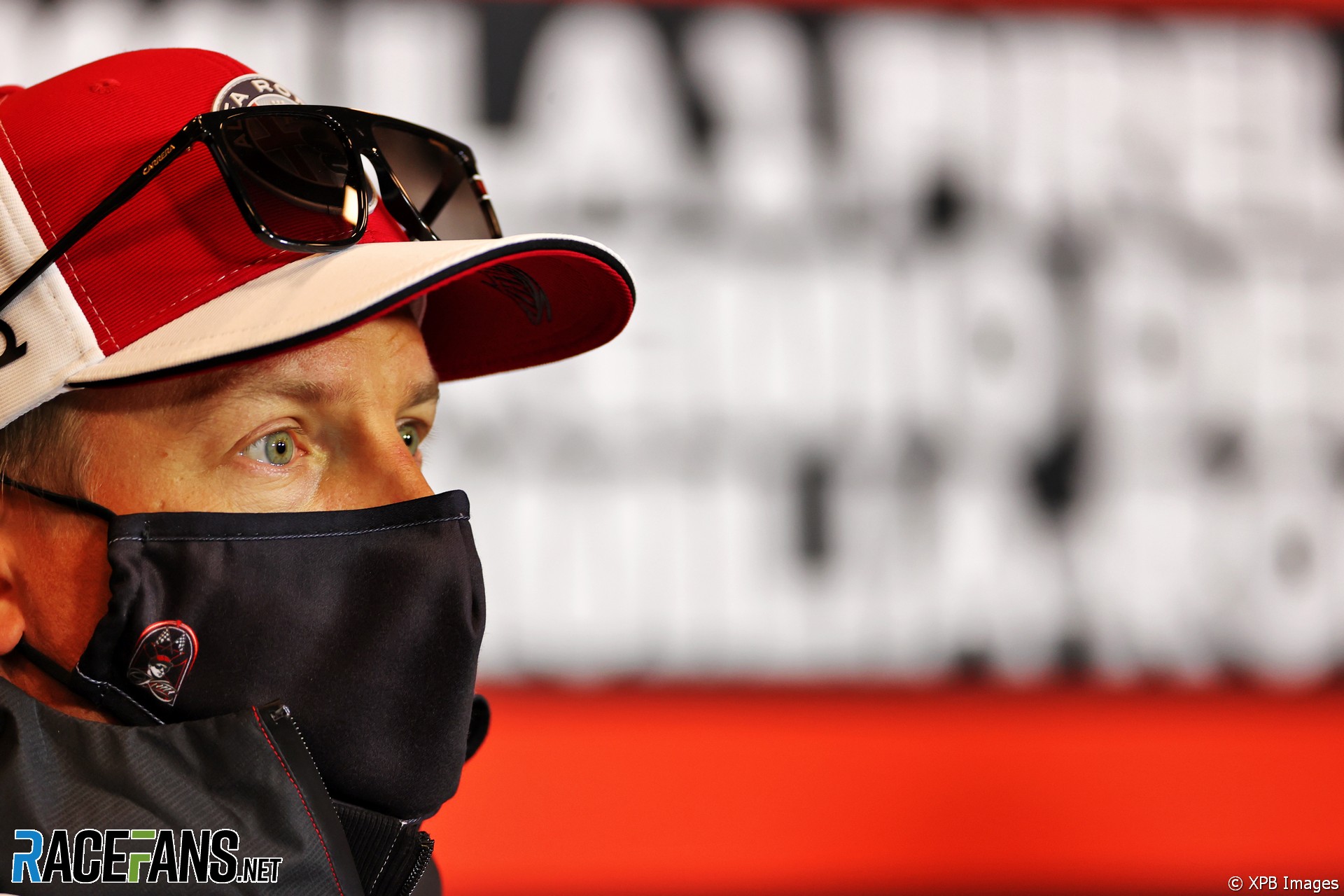 The debate on track limits policing rumbles on into the Emilia-Romagna Grand Prix after the controversy of last month’s Bahrain Grand Prix where an off-track overtake for the lead between two drivers who were already warned over track limits abuse caused confusion.

Drivers using run-off for a small gain in lap time has been a bone of contention in Formula 1 for many years, but particularly since 2017 when cars became wider and larger tyres enabled better handling over kerbs and made track limits violations easier.

In Bahrain FIA race director Michael Masi’s pre-race notes on track limits advised drivers the exit of turn four would be policed for lap times in qualifying but not the race. However in the grand prix Lewis Hamilton and then Max Verstappen were warned for gaining an advantage by running wide.

In Thursday’s Emilia-Romagna press conference, the drivers were frank about not only Bahrain but also work on solutions.

“They were really quite clear in the drivers briefing before the race, they said it you can do your bit with the kerb, with the track limits in qualifying, and obviously if somebody gains a clear advantage, then they have to look into it,” said Grand Prix Drivers’ Association director Sebastian Vettel.

“But then in the race, they said they weren’t policing it,” Hamilton said in response, explaining why it was a surprise he then became one step away from a black-and-white flag.

Verstappen, who lost out on Bahrain victory to Hamilton, didn’t mince his words.

“But if you know you cannot gain an advantage by doing so, going wide overtaking, why are you allowed to do it on your own? That’s what I think is not correct. So we’ll talk about that with the drivers and of course also with Michael [Masi] about it. We’ll see what comes out of it. I think it was a little bit messy in the race.”

Previous discussions between drivers and the FIA outside of standard weekend briefings have so far resulted in little change. Vettel was asked about whether the FIA had fed back on his idea for gravel strips to replace bumps.

“No,” was his reply. “We’ve talked so much in the last couple of years about run-off areas and solutions and ideas, so I think it came up a couple of times.”

“It’s been going on for so many years and I don’t see it’s ever going to stop,” Raikkonen said. “Yes, if you put grass or sand around the track everywhere, it would be more easy to police and you will lose more when you go off. But then, how it’s been for a long time there are other cars and bikes that are using the tracks.

“Some motorbikes run some different run-off areas than us, and it needs to fit for everybody otherwise it makes no sense for the track. So, I think the rules were very clear what we can do, what not, in the last race. I don’t think there was anything that I didn’t understand. It was a big story afterwards, but we all knew what we can do or not.”

The race director’s notes for Imola say every session will be policed in the same way this weekend, and the location of track limits enforcement will be the exit of Piratella (turn nine), the apex of the turn 13 left-hander and the exit of the Variante Alta (turns 14 and 15). In addition, the run-off areas at the latter two have been revised to include more bumps as a further disincentive to run wide.