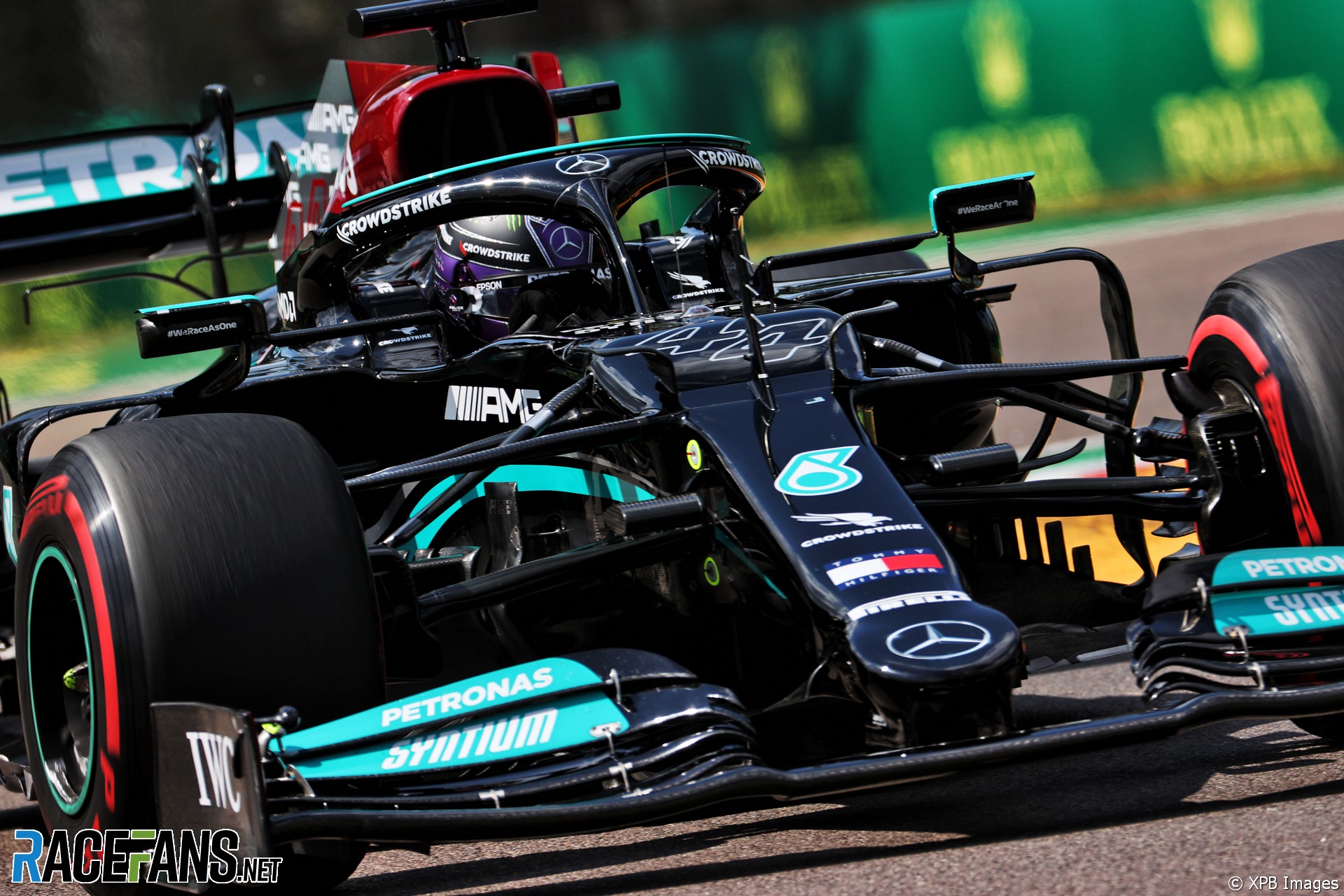 Lewis Hamilton says that the characteristics of the Imola circuit and the cooler conditions have helped Mercedes to balance their ‘knife-edge’ 2021 car after taking pole for the Emilia-Romagna Grand Prix.

Hamilton’s 99th career pole position was secured by a margin of 0.035s from Sergio Perez in the Red Bull, with the top eight cars all covered by a less than half a second.

Speaking after the session, Hamilton said that it was even more exciting to take pole position in such a close contest.

“I’m just amazed at how close it is and how exciting that is,” said Hamilton.

“It really adds to the fire and to the adrenaline rush. I didn’t know, of course, whether or not these guys had improved on that last lap for quite some time. So I was definitely nervous. And that’s the excitement of closer racing.

“But I’m really grateful to the team. We came here, the car was feeling better already from the first lap out. And I think that’s probably track-dependent. But really good steps forward, just one step at a time all weekend.”

Having been outpaced by Red Bull in the opening race weekend of the season in Bahrain until the race itself, Hamilton says that Mercedes have done a better job of getting their “knife-edge” W12 within a narrow optimal performance window around the Imola circuit.

“We don’t seem to have that here, and it’s much cooler, so we were very rarely over the temperature of the tyres. So that’s kind of brought us more in line, I think, with the Red Bulls. And I think it’s really focusing on balance, refining the balance is a very narrow window of tyres approaching at their best. And also our car is probably, more on the knife-edge, I would say, than previous years.”

Hamilton’s Mercedes team mate Valtteri Bottas will line up eighth on the grid for tomorrow’s race after he qualified just under half-a-second slower.