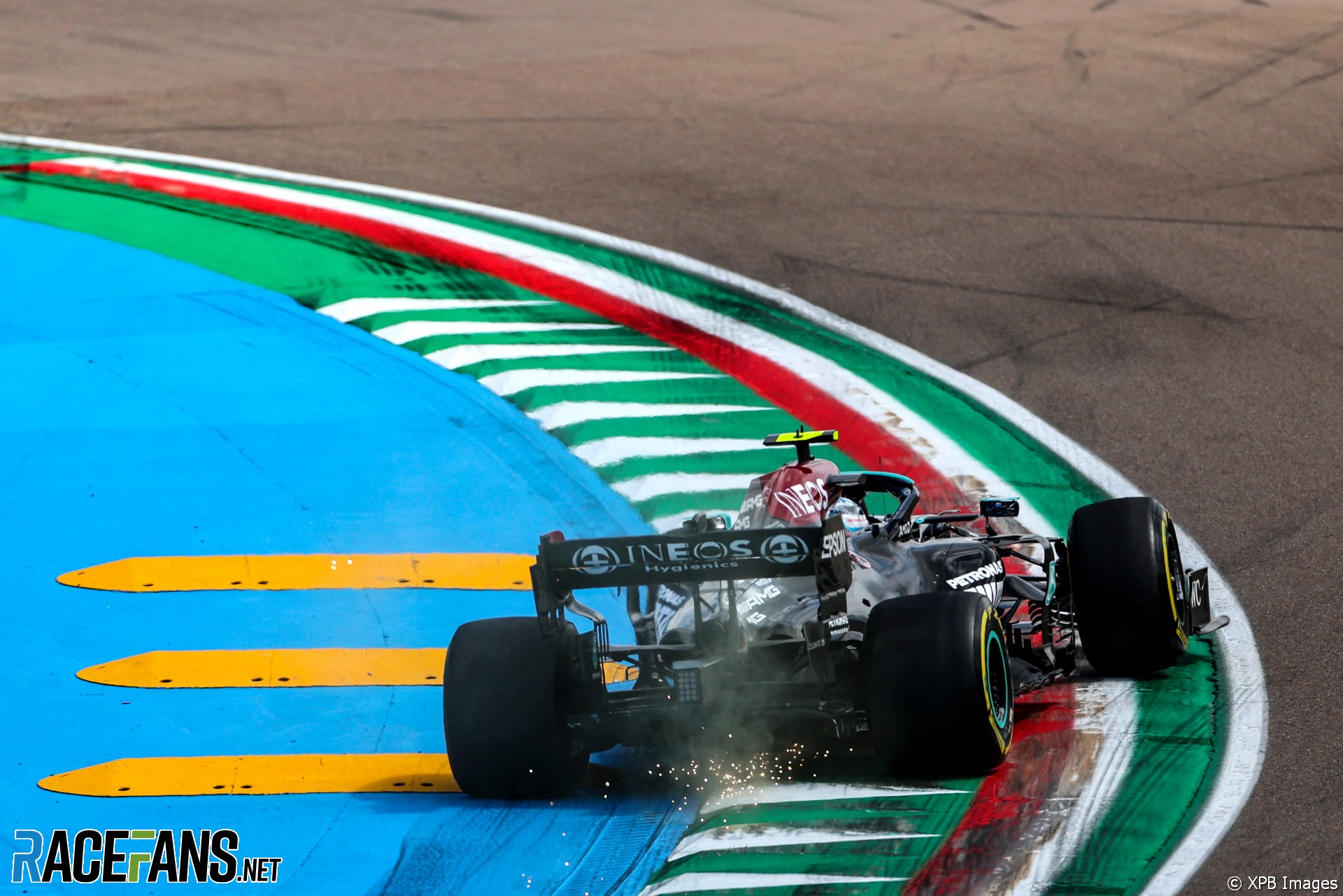 Formula 1 will no longer police track limits at Imola’s turn 13 – Acque Minerali – for the rest of this weekend’s Emilia-Romagna Grand Prix.

No violations occured at the corner during Friday’s practice sessions. The left-hander, as well as Piratella and Variante Alta, were named in the race director’s pre-event notes as areas where track limits would be policed.

Revised notes ahead of Saturday practice now omit turn 13. They also include a clarification regarding Variante Alta where drivers can briefly go airborne over the chicane’s kerbs.

“Further to the discussion at the drivers meeting, and for the avoidance of doubt, cars will be permitted to drive on the yellow kerbs located at the apex of turns 14 and 15,” it said in the third version of the notes to be issued this weekend, ahead of the final practice session.

“Leaving the track to cut across the kerbs is not permitted and a penalty may be applied.”

Aston Martin driver Lance Stroll said there was a lot of “kerb riding” going on in practice, while Haas’s Nikita Mazepin said it would be “pretty easy to follow” the race director’s notes “as long as the rules are clear”. Drivers raised the topic with Formula 1 race director Michael Masi on the Friday evening, which prompted the changes.

The revised notes also confirmed Pirelli has increased the minimum rear tyre pressures. These will now be set at 20.0psi rather than 19.0psi. Pirelli’s F1 tyre chief Mario Isola explained the change after Friday practice.

“The lower pressure is possible because the tyres are more robust.” he said. “So the pressure, or the starting pressure, is a direct effect of the robustness of the tyre. So the two elements are strictly linked. Then obviously with a new tyre, with the reduced downforce and the fact that we can move around lower pressure, there is another benefit that is running lower pressures for better footprint and so on.”