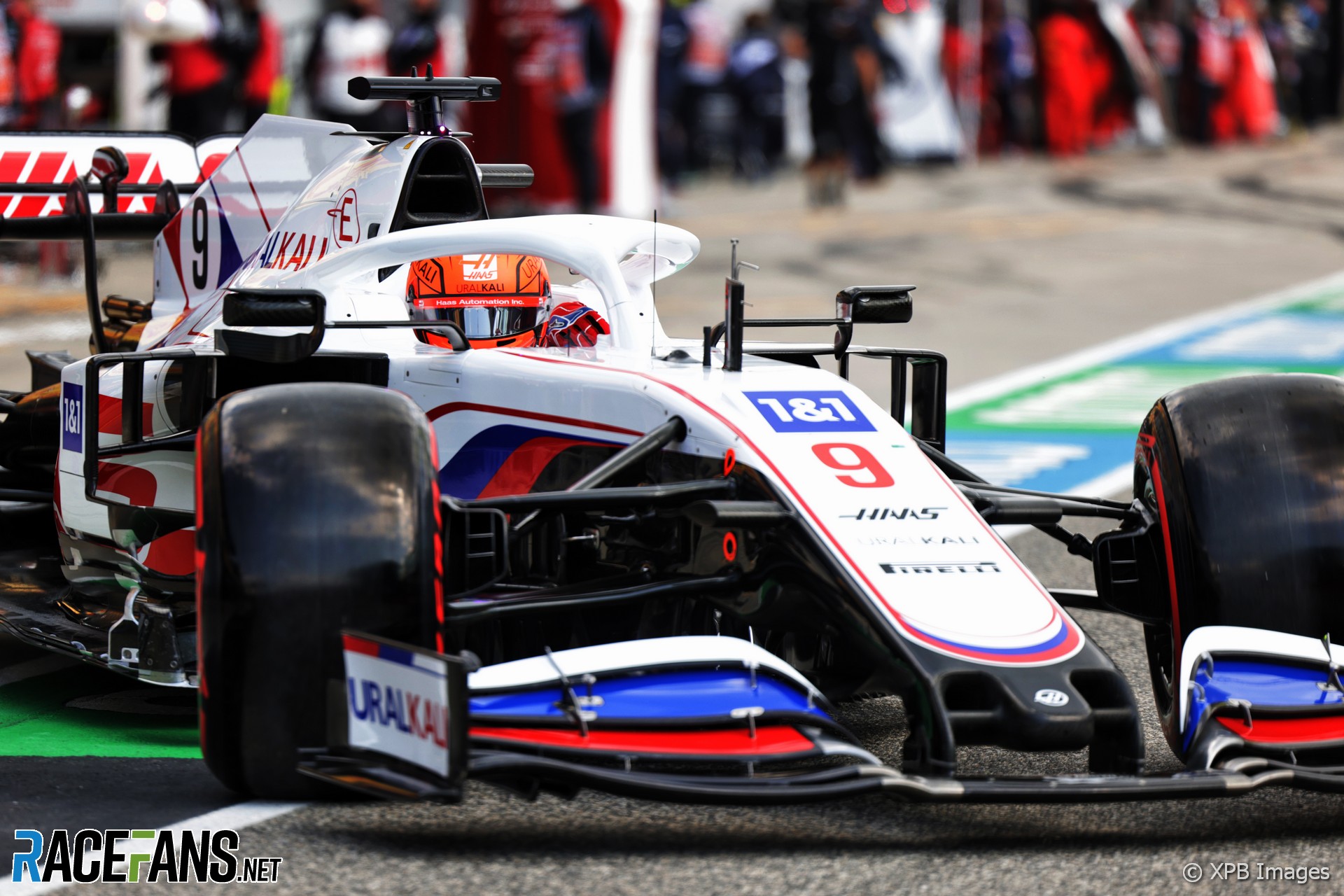 Antonio Giovinazzi accused Nikita Mazepin of ruining both their laps at the end of Q1 as both drivers failed to reach the second stage of qualifying at Imola.

However the Haas driver insisted he tried to observe an agreement between drivers not to compromise each others’ laps at the end of qualifying sessions.

Giovinazzi was overtaken by Mazepin on the run to the first corner as they began their final laps in Q1, which cost the Alfa Romeo driver time. He said Mazepin had failed to respect an agreement between drivers.

“We a have kind of agreement, every driver, that you need to leave a space to start a lap and it was not a correct way to go. He was just behind me and beside me on the main straight.

“So I think then he destroyed his lap and he destroyed my lap. I don’t know why he makes like this, but that’s his story.”

Without the delay, Giovinazzi believes he could have made it out of Q1. “We were P14 before that moment and I didn’t make my last lap,” he said. “So for sure we could have the possibility to go to Q2.”

Mazepin denied that his pass on Giovinazzi compromised his lap, and said he had complied with the agreement between drivers, which he was also accused of breaking in Bahrain.

“You exit from the pits and I left quite a significant gap, going slowly in the pit lane, to make sure that when people are backing up in turn 17 and 18 I have my space,” he explained. “I’ve learned all the necessary braking and warming of the tyres down to turn 14 and 15.

“Then when I arrived to the straight down to turn 17 I saw five or six cars going very slowly. The first car leading it was one of the Mercedes cars and I believe he was going very slow. I’m not sure why that was, potentially that’s what he needed for his tyres.

“I was obviously in the queue, respecting the drivers agreement, and then when I got to turn 17 my engineer said that there’s 10 seconds to go, you need to start to push now.

“Ricciardo and Russell arrived on the back of me, because they wanted to go, so I started to accelerate, Antonio saw it, also accelerated, and then I was very close to him on the main straight and my only option was to go forward.”

The reason there was a rush to set laps at the end of Q1 was a crash for AlphaTauri’s Yuki Tsunoda that had led to the session being red flagged when many had yet to post a time.