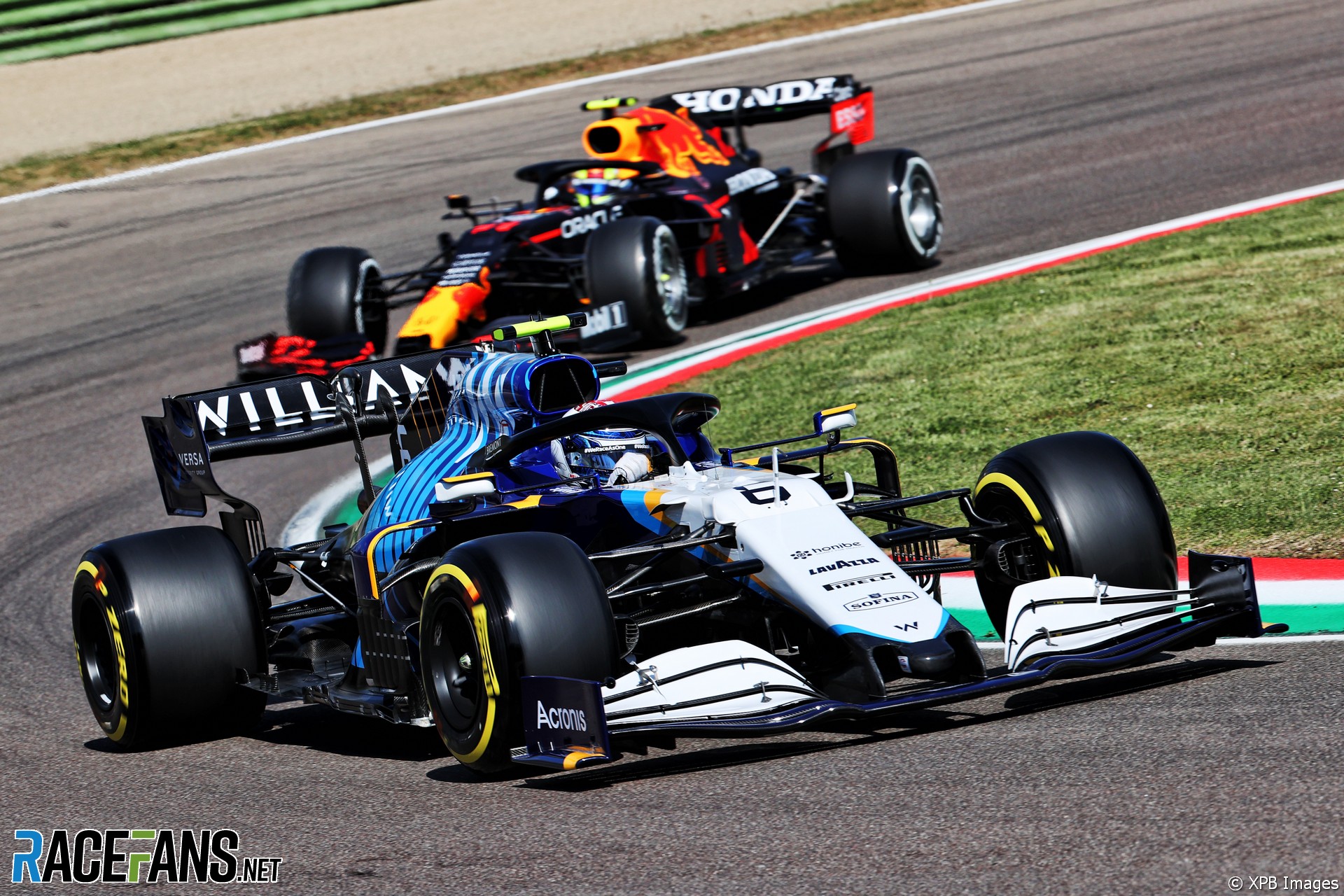 George Russell is talking up the chances of Williams team mate Nicholas Latifi reaching Q2 for the second time in his career in today’s qualifying session for the Emilia-Romagna Grand Prix – and potentially even breaking into the top 10.

In Friday practice at Imola, Latifi was 13th fastest and 1.272 seconds off the pace. That put him 0.356s and three places ahead of Russell, who has never been out-qualified by his team mate since Latifi joined Williams last year.

“I think as a team, [we’re] looking fast,” said Russell. “Personally, I’m a bit off the pace. Nicholas is driving really, really well. Probably the best I’ve ever seen him drive, and he’s got a real shot at the moment.”

Russell believes he needs to “improve quite a bit to close the gap to our competitors and also to Nicholas.

“Fortunately I’ve got his data to look over tonight. [I’m] just struggling at the minute, I don’t really know why to be honest. We were really strong here last year. So I’m sure we can figure out tonight.”

The pair had mixed fortunes on their last visit to Imola. Russell crashed out behind the Safety Car while Latifi took his career-best finish with 11th place.

“It’s really handy being able to see what [Latifi’s] doing differently,” Russell continued. “The set-ups are quite different. The car felt good, we were just slow. So sometimes feeling good isn’t necessarily fast. It’s all about lap times in Formula 1.”

Russell added that the tyres would be on their “lower limit” and make it “tricky” for Williams if cold temperatures remain this weekend. “[But] if the stars align, I think we’ve got a real good shot this weekend.”

“I’d hope a minimum of Q2, to be honest,” he elaborated. “We’ve had a number of Q2 appearances over the last two seasons, and I think we’re looking stronger than ever.

“Certainly Nicolas is, he was a good four tenths ahead of me today, and he’s probably got a real good shot at Q3, to be honest. So let’s see what we can do tomorrow.”

Russell’s best qualifying result in the 38 grands prix he has entered with Williams is 12th place, and Latifi’s average starting position is 18.44 with a high of 15th achieved at the 2020 Hungarian Grand Prix.