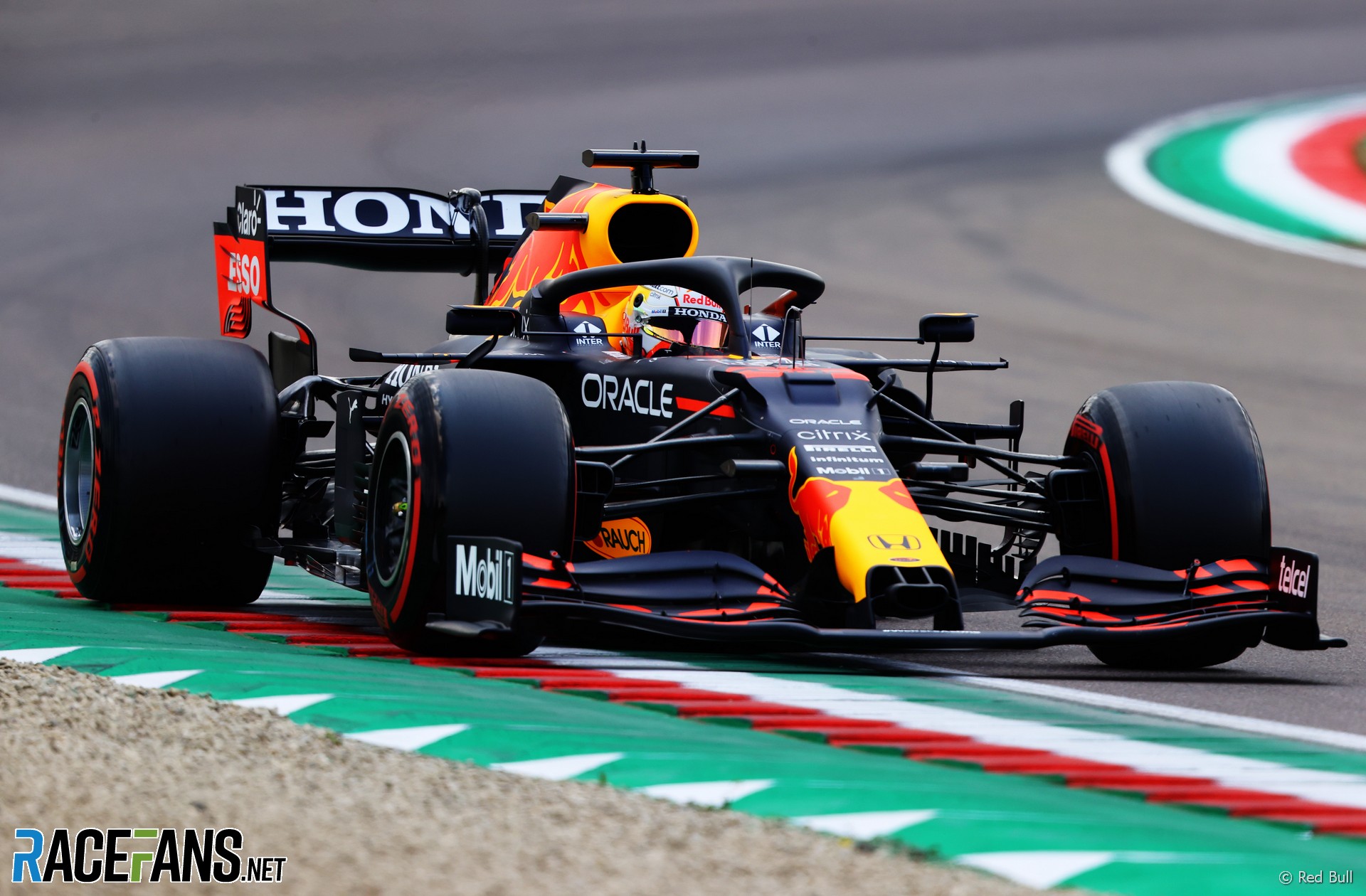 Max Verstappen described his final attempt in qualifying for the Emilia-Romagna Grand Prix as “messy” as he was out-qualified by team mate Sergio Perez.

The Red Bull driver had been sitting in a provisional second place before the end of Q3, but failed to improve his time on his final attempt after running wide and onto the grass in the Variante Tamburello chicane. Verstappen then lost his front-row starting position to Perez.

Verstappen immediately described his final effort as a “shit lap” to his team over the radio, saying he had gone off at Tamburello. It is the first time he has been beaten by a team mate in qualifying since the 2019 Canadian Grand Prix.

“It was not so good in Q3,” says Verstappen. “I went off in turn three, so a bit messy. So just not a good lap. But you can’t be good every time.

“We’ll see what went wrong but it was definitely not the easiest in Q3. But still, third is a good starting position.”

In a reversal to the season-opening Bahrain Grand Prix, two Red Bulls will line up behind a single Mercedes in the front three places on the grid. Valtteri Bottas, who set the pace on Friday, could only manage eighth on the grid.

Verstappen says that the team will try to make life “difficult” for pole sitter Lewis Hamilton, as team mate Perez ahead is starting on a different tyre compound.

“It’s going to be interesting,” says Verstappen. “We have the two cars on different tyre compounds, so let’s see how that will work out. We’ll try to make it difficult for them.”