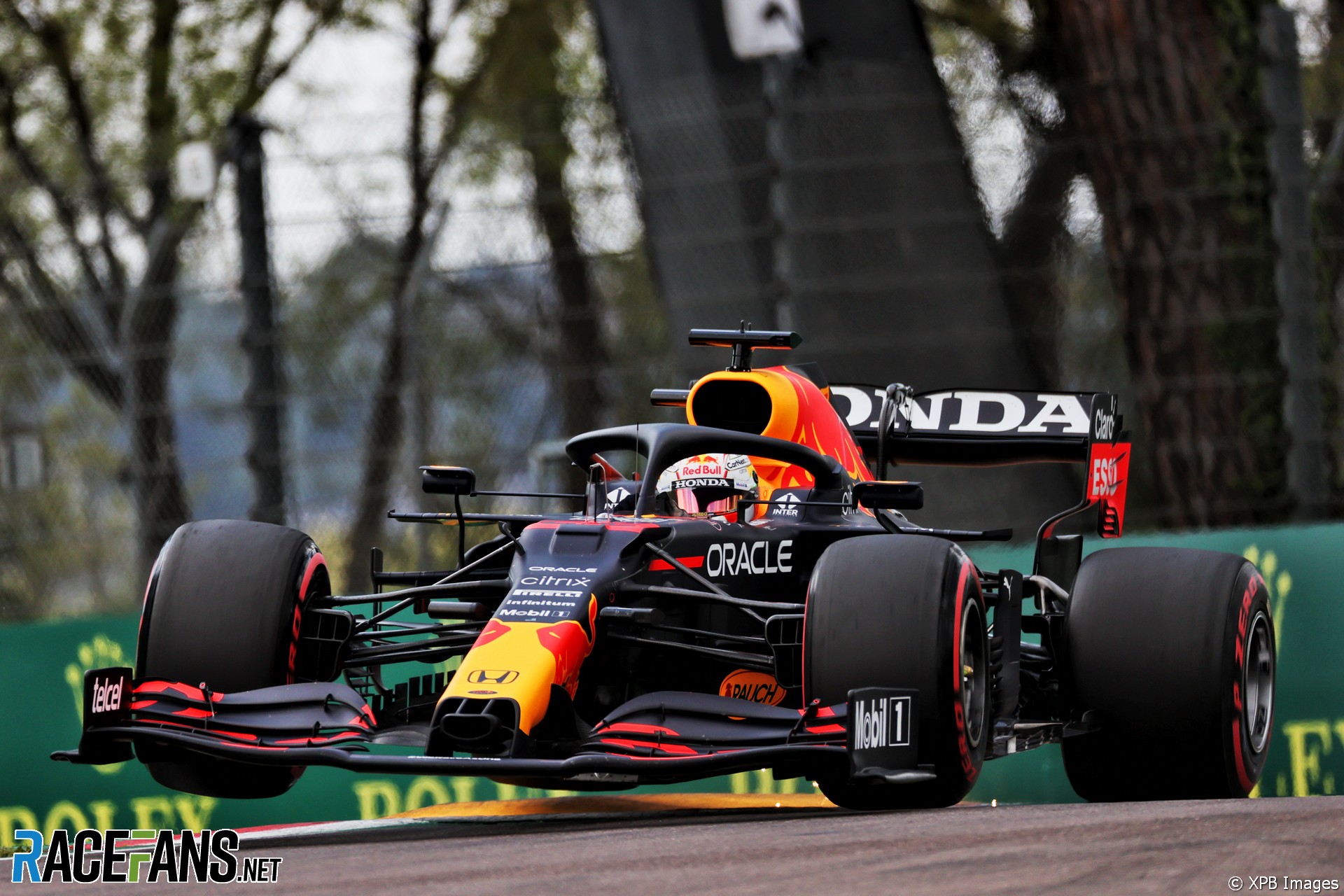 Mercedes team principal Toto Wolff believes Max Verstappen would have taken pole position for the Emilia-Romagna Grand Prix by a comfortable margin had it not been for a mistake on his final attempt.

Although Wolff admitted Mercedes have made improvements to their power unit and the balance of their car since the Bahrain Grand Prix, he is certain Verstappen would have taken pole position had it not been for his mistake at Tamburello on his final lap.

Lewis Hamilton took pole position for Mercedes, with the Red Bull pair within a tenth of a second of him. “It’s clear Lewis’s lap today was very good,” says Wolff.

“We have worked hard to sort out some of the balance issues we had in Bahrain and I think we made a decent step there. The driveability of the power unit has gotten better and the track conditions obviously are very different to the ones in Bahrain. So all of that played a certain factor.

But if you one-to-one compare the laps to Red Bull, Max, without the mistake, would have been solidly on pole. Maybe not as much as Bahrain, but he would have been there.”

With Sergio Perez and Verstappen starting tomorrow’s race immediately behind Hamilton and on different tyre compounds, Wolff recognises the threat that Red Bull pose for the second successive race weekend.

Hamilton’s team mate Valtteri Bottas will start eighth on the grid after he could only manage a lap that was almost half a second slower than the pole sitter. Wolff explained that the discrepancy between the team’s two cars came down to “a warm-up issue.” with their tyres. “We know exactly what it is and Valtteri knows.

“Both drivers had a warm-up issue at the beginning of the lap,” said Wolff. “In Q1, once we were able to give Valtteri a second lap on the tyre to bring in the temperatures, he was really very good. I think his second Q1 lap would have gotten him up to P4. But nevertheless, I think he’s in an okay position for the race tomorrow.”