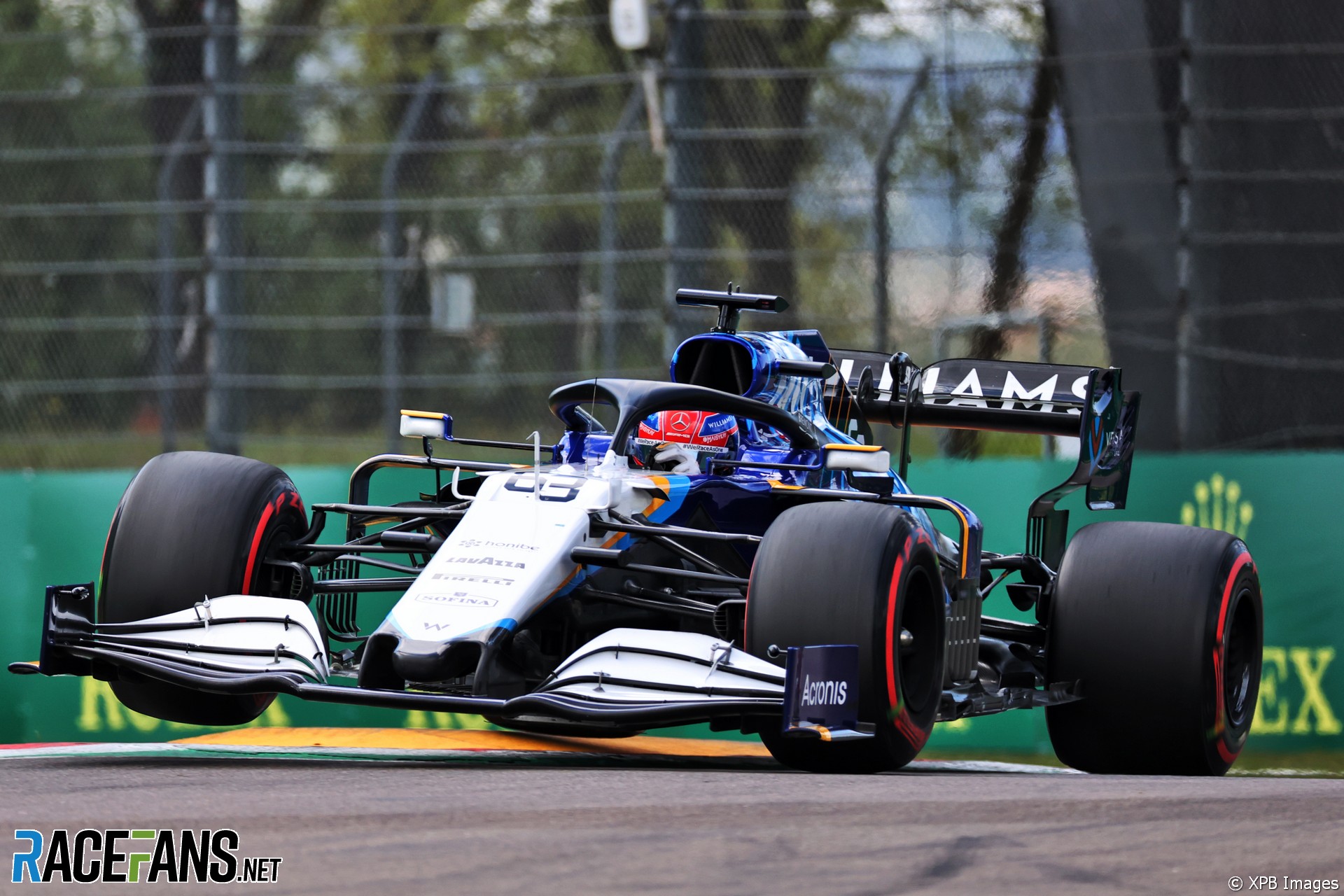 Williams’ head of vehicle performance Dave Robson believes George Russell may have been unsettled by Nicholas Latifi being fast “out of the blocks” at Imola.

Latifi finished the opening practice session for the Emilia-Romagna Grand Prix in the top 10 and was faster than Russell again in the second Friday session. Russell said at the time he thought his team mate had a ”real good shot” of making the top 10 ahead of him.

Latifi duly cruised through to Q2, while Russell only scraped into the second stage of qualifying. The tables then turned, however, and Russell extended his unbeaten run against his fellow Williams driver on Saturdays. Russell came close to reaching Q3, ending the session 12th fastest, while Latifi was 14th.

“I think we know that he’s capable of pulling out a lap when it really counts, don’t we?” Robson said of Russell after qualifying.

“So I think there’s an element of that. I think he was genuinely kind of surprised [on Friday]. Nicholas just came out of the blocks flying, and was strong right from the start, and I think that might have disturbed George a little bit.

“And he got his head around that by [Saturday] afternoon. And to be fair, he’s just chipped away as the weekend’s gone on.”

Russell came within 0.123 seconds of taking Williams into Q3 for the first time since 2018, and was just over half a second off Red Bull driver Sergio Perez’s session-topping pace in Q2. It is the closest Williams has been to the pace in qualifying since the 2016 Mexican Grand Prix when Valtteri Bottas qualified eighth and Felipe Massa was ninth.

“He just pulled out a good lap, I think,” said Robson. The Williams-Mercedes FW43B was “better balanced” around the lap than the 2020 version of the car, he added, while still maintaining its straight-line speed advantage as the Williams drivers topped the speed trap figures in qualifying.