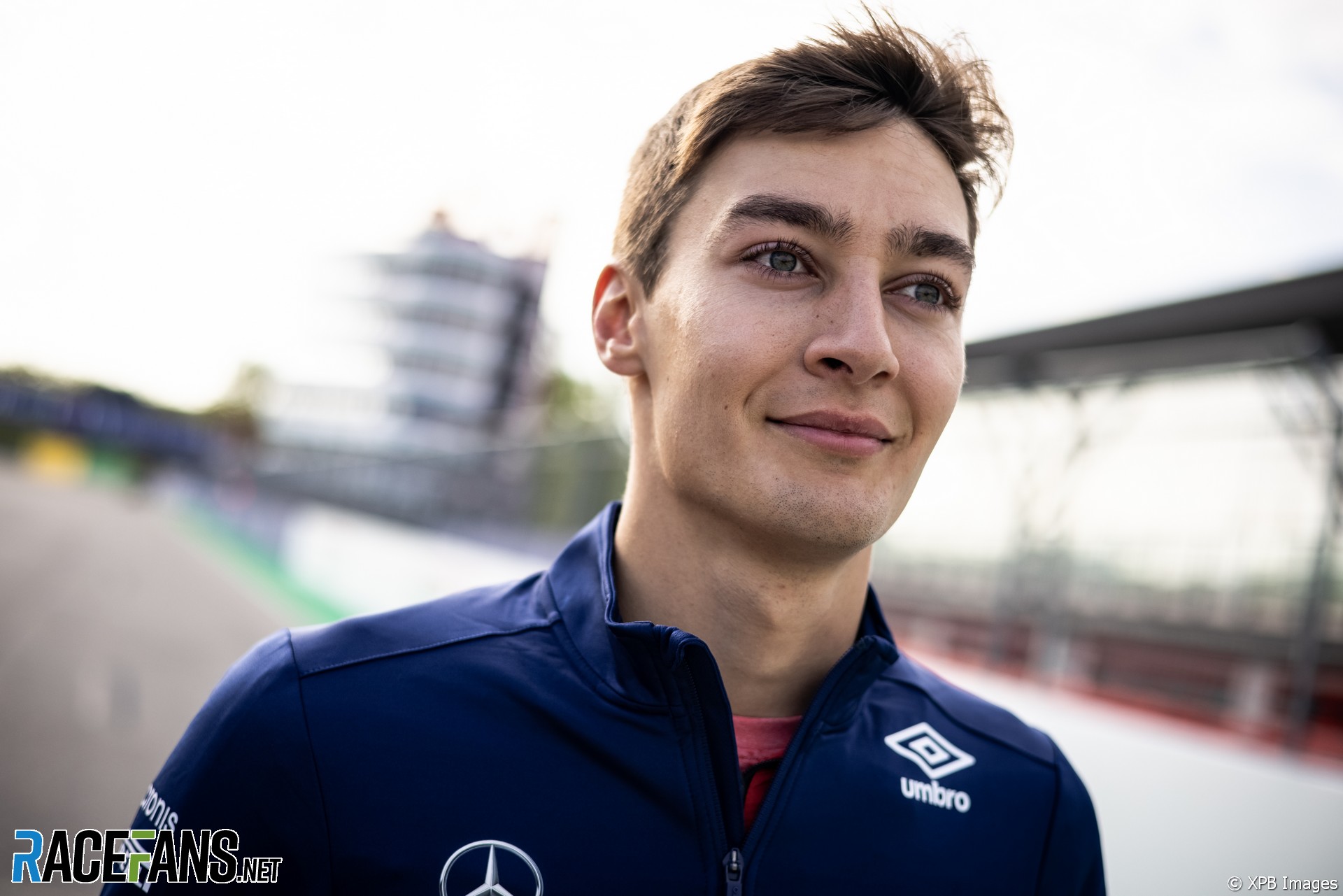 Williams’ impressive practice pace indicated they could reach Q3 at Imola, but rather than a surprise top result, George Russell admitted he had a different kind of “Maldonado moment”.

While Russell’s in-form team mate Nicholas Latifi took 12th in Q1, Russell needed a late push to make the cut. He made it, though only narrowly, after a brief off-track excursion while changing settings on his steering wheel preceding his final lap.

“I only crossed the flag by two seconds [to set that lap], I believe,” said Russell. “I had Danny [Ricciardo] right behind me. He was planning to overtake me with the DRS, and due to the straight line speed I could stay ahead of him, very relieved.”

That steering wheel distraction almost cost him the chance to begin his final lap. He admitted there was a strategic reason for the late change related to his Mercedes power unit.

“It’s no secret that Mercedes are struggling a bit with the battery deployment, and every single metre gives you a metre at the end of a lap,” he explained.

“So I wanted to go into that mode as late as possible, as in halfway through the corner before I picked up the power. Tyres were a bit cold, I wasn’t fully concentrating and it contributed to a Pastor Maldonado moment.”

Former Williams driver Maldonado scored the team’s most recent victory in 2012 but earned a reputation for bizarre incidents. During practice for the Chinese Grand Prix in 2014 he also drove off the track while adjusting a setting on his steering wheel.

Russell’s weekend improved once he reached Q2. Latifi had been the faster Williams driver throughout Friday practice and Russell predicted his team mate had a chance to earn Williams’ first Q3 appearance since the 2018 Italian Grand Prix. In the end neither of them did, but Russell came out on top, missing the cut for Q3 by 0.061 seconds.

“So I had to give it everything I had, and fortunately it went well in Q2.”