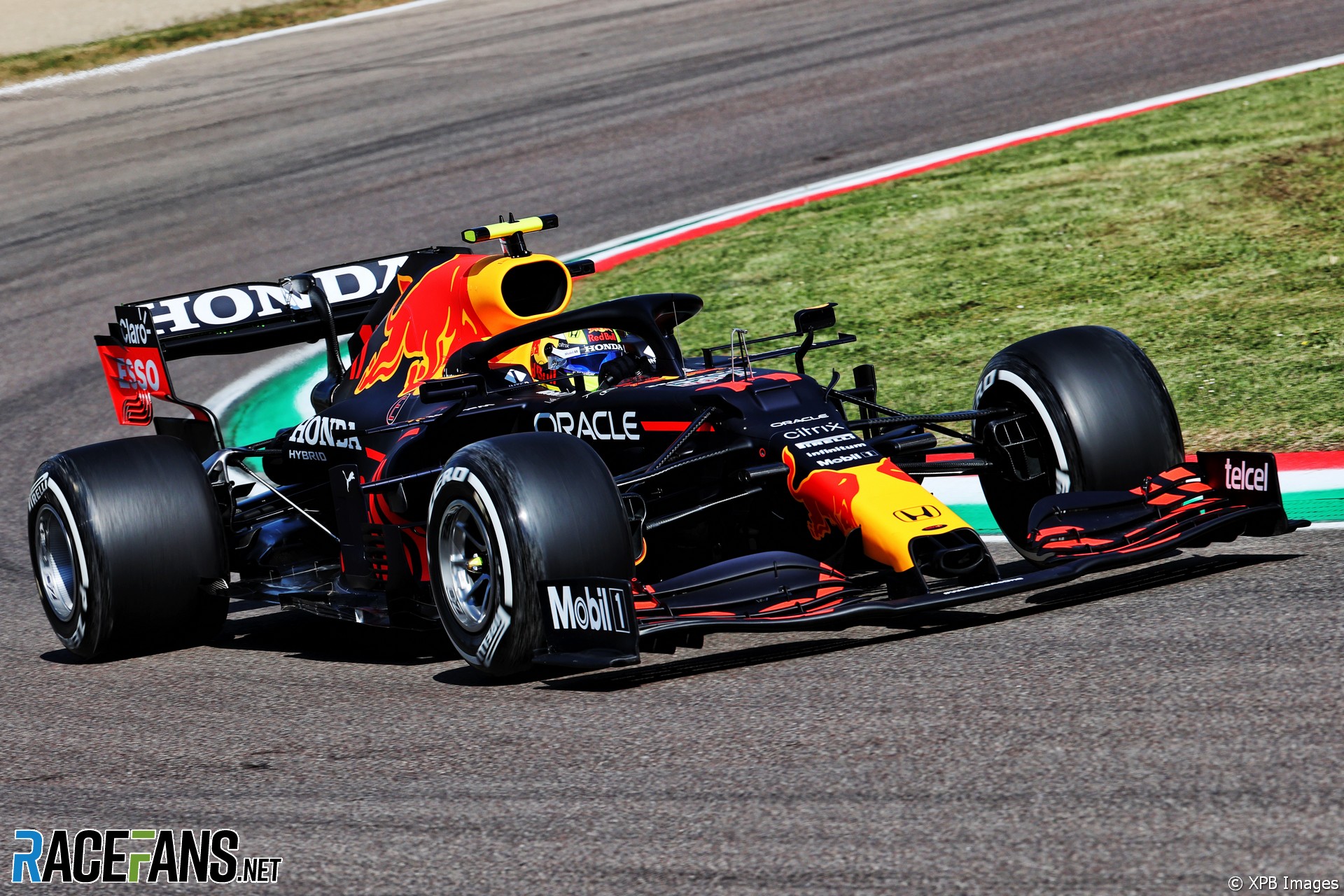 Sergio Perez says driving a Red Bull is still “not coming naturally” but he’s “making big steps” which culminated in his first front row start in Formula 1 at the Emilia-Romagna Grand Prix.

Following his move to Red Bull this year, Perez qualified 11th for his first race with his new team in Bahrain. Despite losing time to a practice crash, his Imola weekend has been more fruitful so far, yielding second on the grid for today’s race.

“Every time I’m driving this car I’m just learning something new and that’s pretty good,” said Perez after qualifying. “I mean, if there is a place that you don’t want to come in your second race with a new team, it’s probably Imola. It’s one of the most difficult circuits around to put the lap together.”

“To be here in my second race, it’s a pretty good step from our side”, he added. Perez said team mate Max Verstappen had been a useful reference for improving his understanding of the Red Bull-Honda RB16B.

Based on comparisons to Verstappen he was surprised to qualify second, while also convinced pole was possible were it not for one error. “I wasn’t expecting myself to be here at the moment because I feel that I’m miles away from where I should be,” he said.

“Things are not coming naturally yet. And so it’s good, it’s a good boost in confidence, not just for myself, also for the team, to make them feel that they have both drivers and that we can push the team forward together.”

Going into the weekend, Perez said he was ready to make another attempt to qualify on the harder medium compound tyres in Q2, despite having failed to make the cut for Q3 when he did so in Bahrain. However he opted for soft tyres to secure a place in the top 10, unlike his team mate who opted for mediums.

Perez explained the decision was made because wanted to ensure he got as much mileage in the car as possible.

“Last time I missed Q3 and really getting those laps,” said Perez. “We could all look back and we can all do better, but just getting in that mood with the car is very important for me in order to be able to put it when it matters.

“I needed this clean qualifying. And whether or not this is the right or wrong strategy, I think it’s much between them. So we’re definitely in the game.”

Perez had never qualified higher that fourth on the grid until six races ago, when he claimed third for the Turkish Grand Prix. He qualified fourth four times in his first nine F1 seasons, and matched that four more times in the more competitive Racing Point RP20 in 2020.