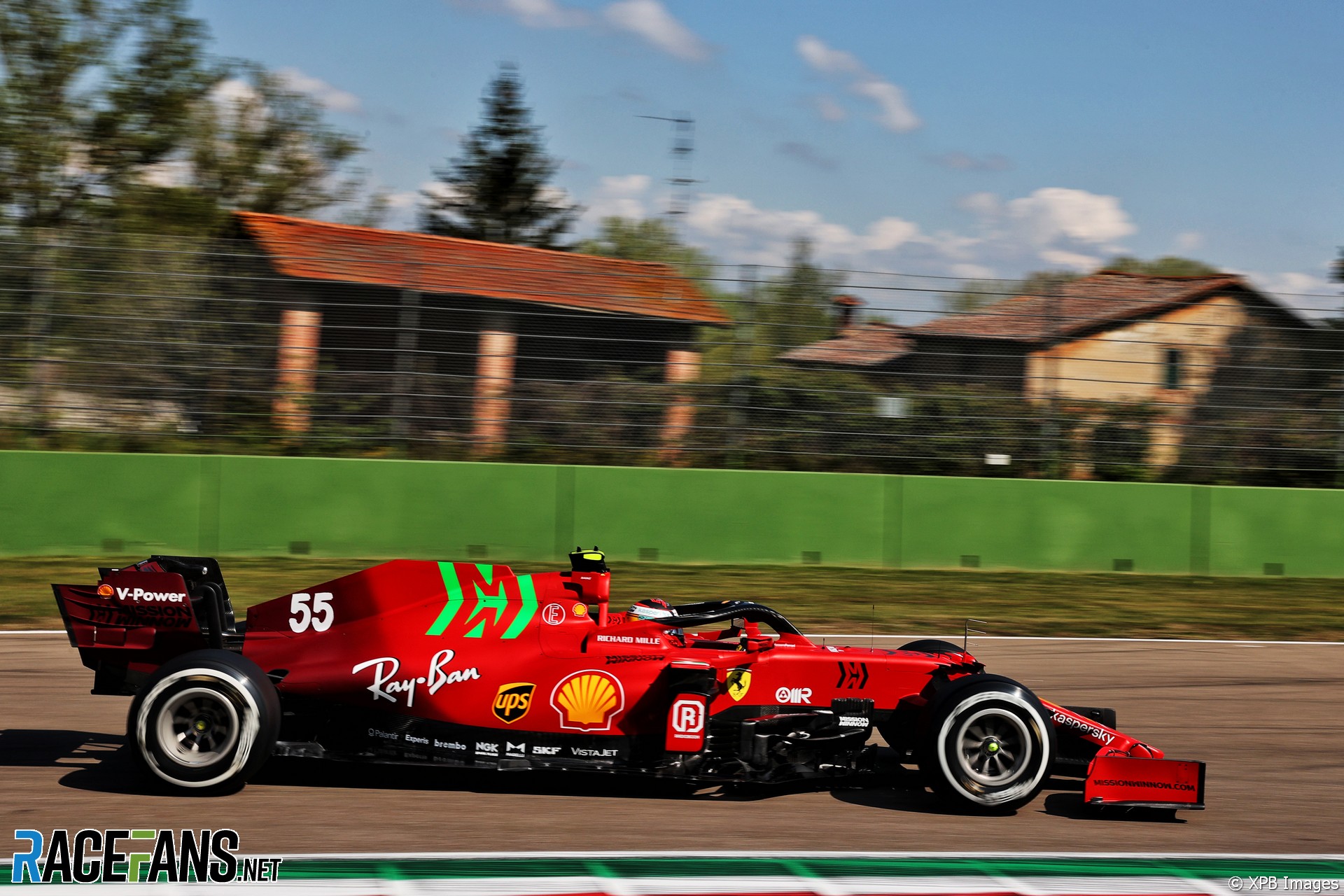 Carlos Sainz Jnr failed to reach the final segment of qualifying for the Emilia-Romagna Grand Prix, but believes he had the pace to match team mate Charles Leclerc, who took fourth on the grid.

Leclerc was slower than Sainz in Q1, but then had an advantage of almost four tenths of a second in Q2 that put him in third place. Sainz narrowly missed out on progressing to the top 10 shoot-out by 0.061 seconds in 11th place.

Sainz said he’s been able to match Leclerc through individual corners, but wasn’t able to put his best together over a single lap.

“It is tight, but I know where those three tenths are,” he said. “I’m obviously disappointed to miss out on it because I just didn’t put, during the whole qualifying, a good lap together.”

“I was a bit all over the place,” Sainz reflected. “I couldn’t really put the sectors together, the corners together. I am fast in each corner, but just to put them all together in the same lap is what I’m struggling at the moment.

“It’s a high-confidence track, a track where you need to have the car underneath you. And probably it exposed a bit more that I still need a bit of mileage and a bit of time to put those laps together that I used to do in the McLaren.”

Sainz reached Q3 on his Ferrari debut in last month’s Bahrain Grand Prix, qualifying eighth and finishing there, behind Leclerc. Despite this setback, Sainz is certain he will produce better performances soon.

“It will come,” he said on Saturday. “I am obviously disappointed and not happy with P11.

“But at the same time, when I look at the data, I know that I can do it. It’s just a matter of putting it together. And today was not a good day in that regard.”