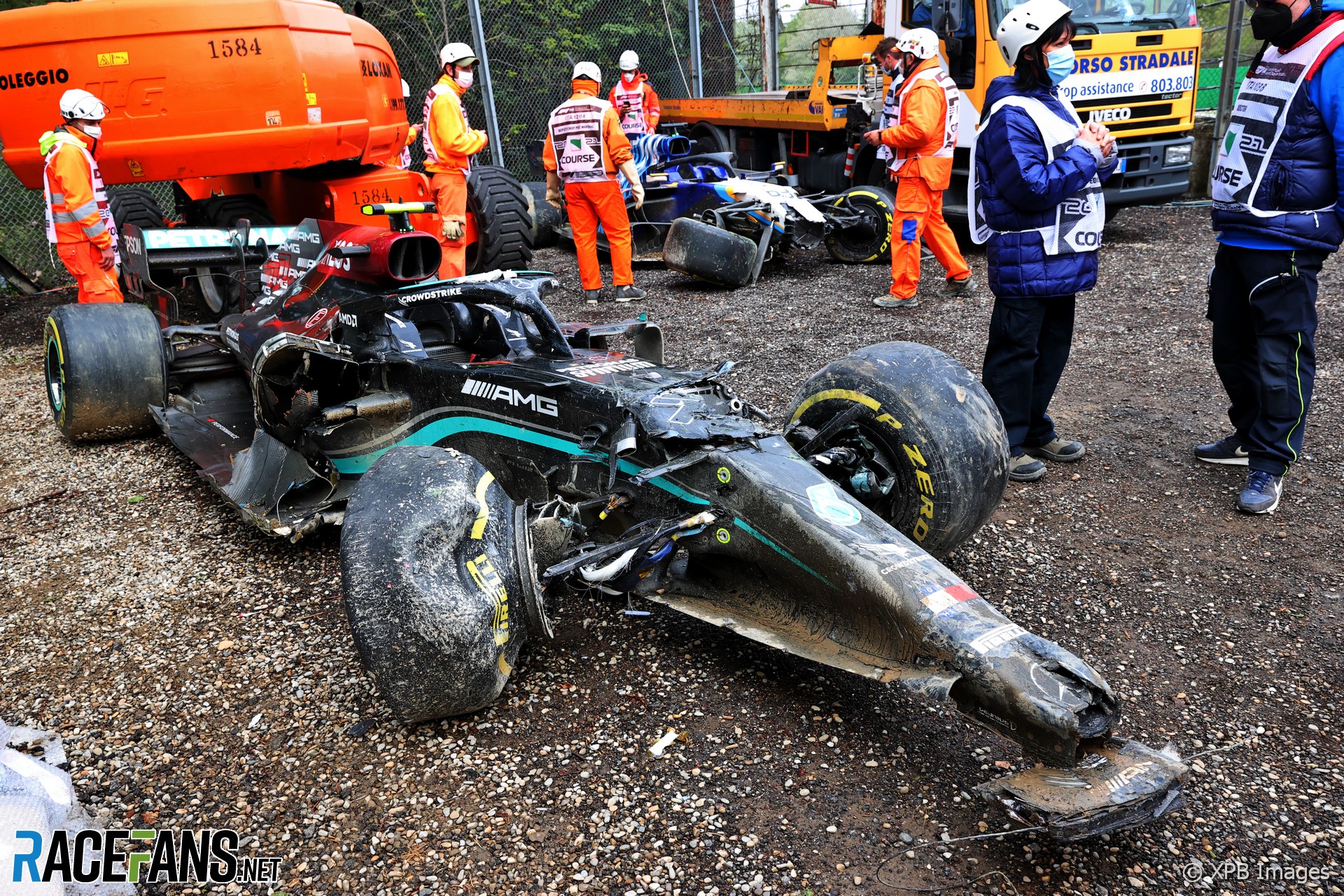 The pair made contact on the approach to Tamburello as Russell was trying to overtake Bottas. While the stewards ruled neither driver was to blame for the crash which put both out of the race, Brawn echoed Russell’s view that Bottas was at fault.

“Imola is quite a narrow track so there’s not much space,” said Brawn, “When you add wet grass either side from the rain, it becomes very, very tricky.

“I’m sure both drivers will analyse the incident and learn from it but it did look like Valtteri drifted across and left George nowhere to go.”

The comments of Brawn, who was Mercedes team principal until 2013, contrast sharply with those of his successor. Toto Wolff said both drivers were to blame for the collision and made it clear he took a dim view of Russell, a Mercedes junior driver, racing as hard as he did against one of the works team’s cars.

“There’s never such a situation in life where one is 100 percent to blame and the other zero,” said Wolff. “The whole situation should have never happened.

“Valtteri had a bad first 30 laps and shouldn’t have been there. But George should have never launched into this manoeuvre, considering that the track was drying up, it meant taking risks and the other car is a Mercedes in front of him. And in any driver’s development, for a young driver, you must never lose this global perspective.”

Asked about Russell’s suggestion that Bottas, whose future at Mercedes beyond this season is in doubt, would not have raced as hard against another driver, Wolff responded: “That’s bullshit.”

While Russell was strongly critical of Bottas in the immediate aftermath of the crash, he later accepted his rival was “probably not” in the wrong. Nonetheless, he stood by his view that Bottas could have done more to avoid the crash.

“The track was going left, he was going straight,” said Russell. “It’s seen much clearer on the CCTV footage that we saw.

“He’s entitled to do that but in these conditions with one dry line, it had one outcome, and that was unfortunate. His manoeuvre was within the rules and within his right but it could have been avoided and there should have been a bit more respect for the speed and the conditions in my opinion.”