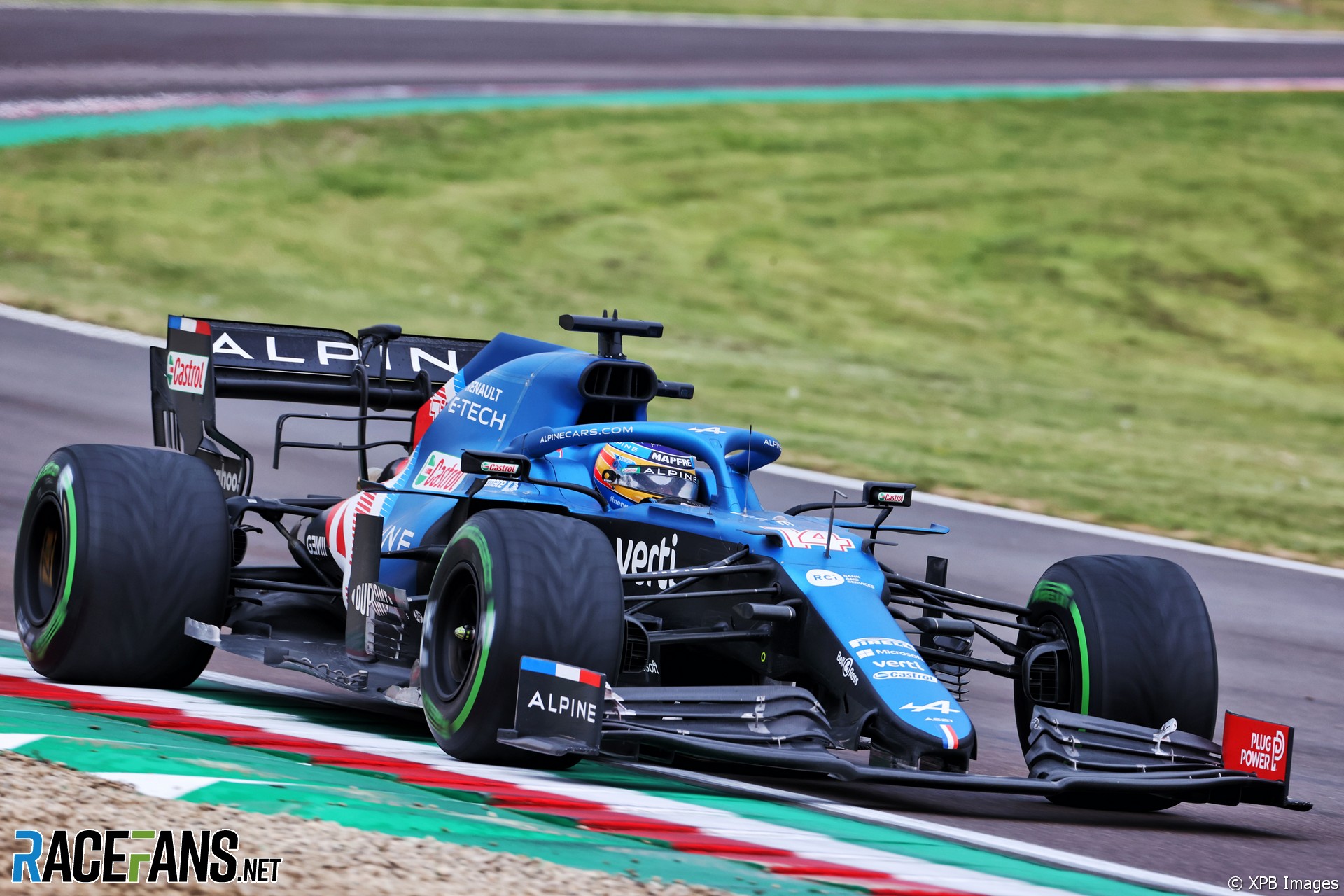 Fernando Alonso says he didn’t perform at the level he should during the Emilia-Romagna Grand Prix, but expects to be more competitive at the next race in Portugal.

The Alpine driver finished 11th on the road in the second race since his return to F1, and was promoted to 10th by Kimi Raikkonen’s penalty. He said he is still adjusting to his new car following his comeback.

“I’ve changed things many times, even I changed category or different series in motorsport many times and there is always a period of adaptation,” he explained. “But that has been never and excuse and it’s going to be not an excuse now.

“I should be better. I was not at the right level this weekend, but I will be in Portimao.”

Alonso was out-qualified by Esteban Ocon, who also finished ahead of him in the race. But the two-times world champion isn’t concerned at being behind his junior team mate at this stage of his comeback.

“I was expecting exactly what we are finding now,” said Alonso. “I finished right behind Esteban today. I was in front of him when I retired the car in Bahrain, with a guy that is performing very well and was two years in the team. He finished in the podium last year in Bahrain.

“It was my second qualifying here and it is my first race, here, because in Bahrain I only did 30 laps and I’m more or less where I expected it to be.”

While Alonso expects to be more competitive at the next race, he says it will take him longer to become fully confident at the wheel of his Alpine.

“We always want to be higher up and you want to be a little bit more confident in the car. Probably I was not confident in Bahrain or confident here. I will not be confident in Portimao. This is not a thing that it goes from day to night and then you are 100 percent. It will take time.

“But I’m here to work and I’m here to get better. And a race like [this] it helps massively because you can feel the car in very difficult conditions and you can learn a lot more than just a normal race.”

22 comments on “‘I should be better, I will be in Portimao’ vows Alonso after first point of comeback”