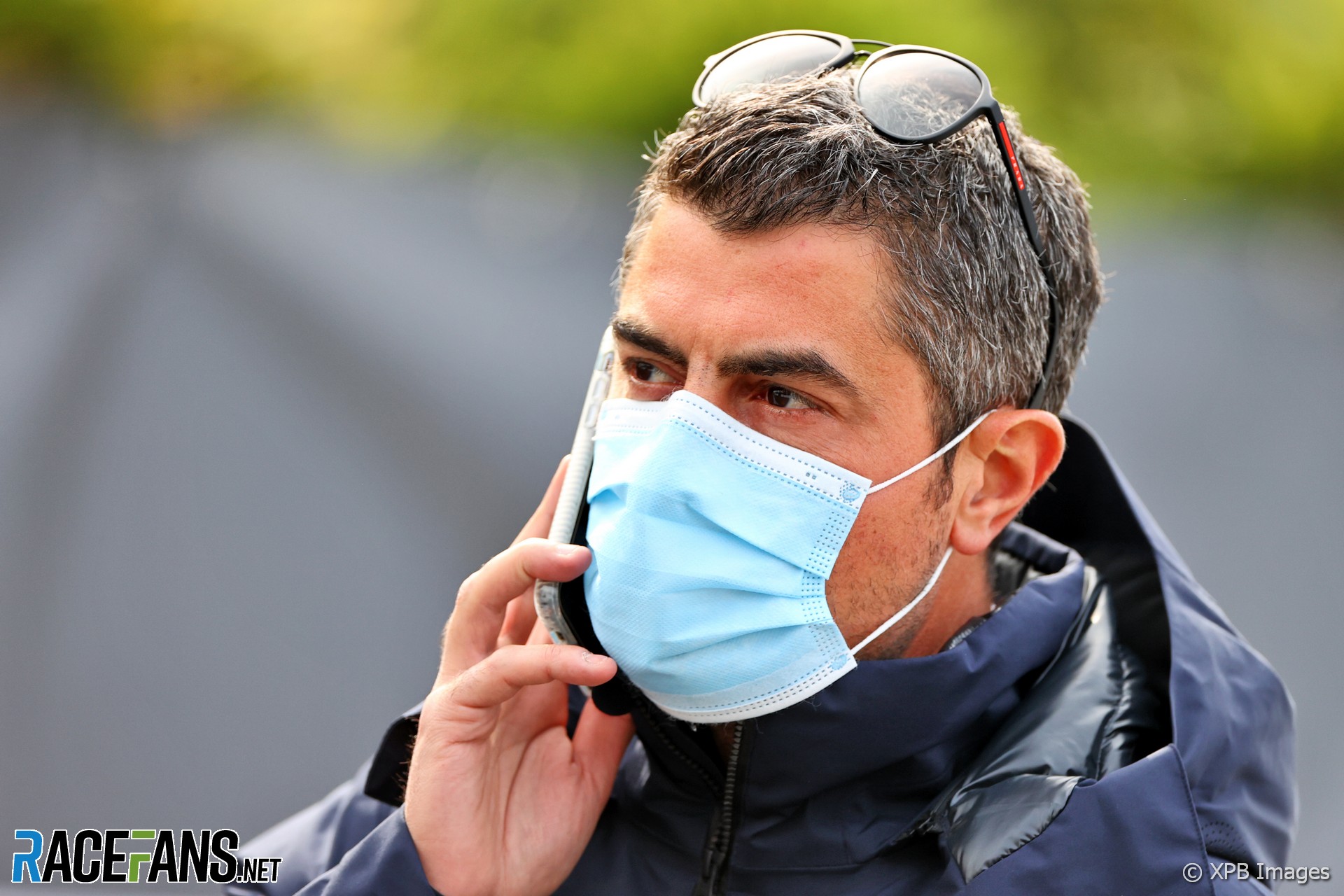 DRS was disabled at the start of yesterday’s race due to the wet conditions. As the track dried and drivers switched to slick tyres, race control took the decision to enable it.

Russell and Bottas collided two minutes later. The Williams driver had his DRS open as he attempted to overtake his rival on the approach to Tamburello when his car snapped sideways, triggering a huge crash which led to the race being stopped.

Russell said he asked the stewards whether DRS should have been enabled when he and Bottas met them yesterday.

“We obviously have our own opinions, but equally, we both said it was a racing incident, and unfortunate,” he recounted.

“Probably in hindsight, given the conditions, given the circuit – that the straight is not straight – the DRS probably should not have been activated. I would not have [spun] if I was in the exact same position with DRS closed. So I highlighted that may be one for the future.”

However Masi denied DRS had been activated too early, pointing out that other drivers such as Lance Stroll made passes using it before the crash.

“It’s obviously something we were monitoring closely, looking at it,” said Masi. “To be fair there was a number of DRS overtakes that were completed successfully before and after.

“So no, I don’t think it was. I think looking at all of the footage, the track was all fine from our perspective and it was no issues on that end.”

The stewards ruled the collision between Russell and Bottas was a “racing incident” and cleared both drivers.