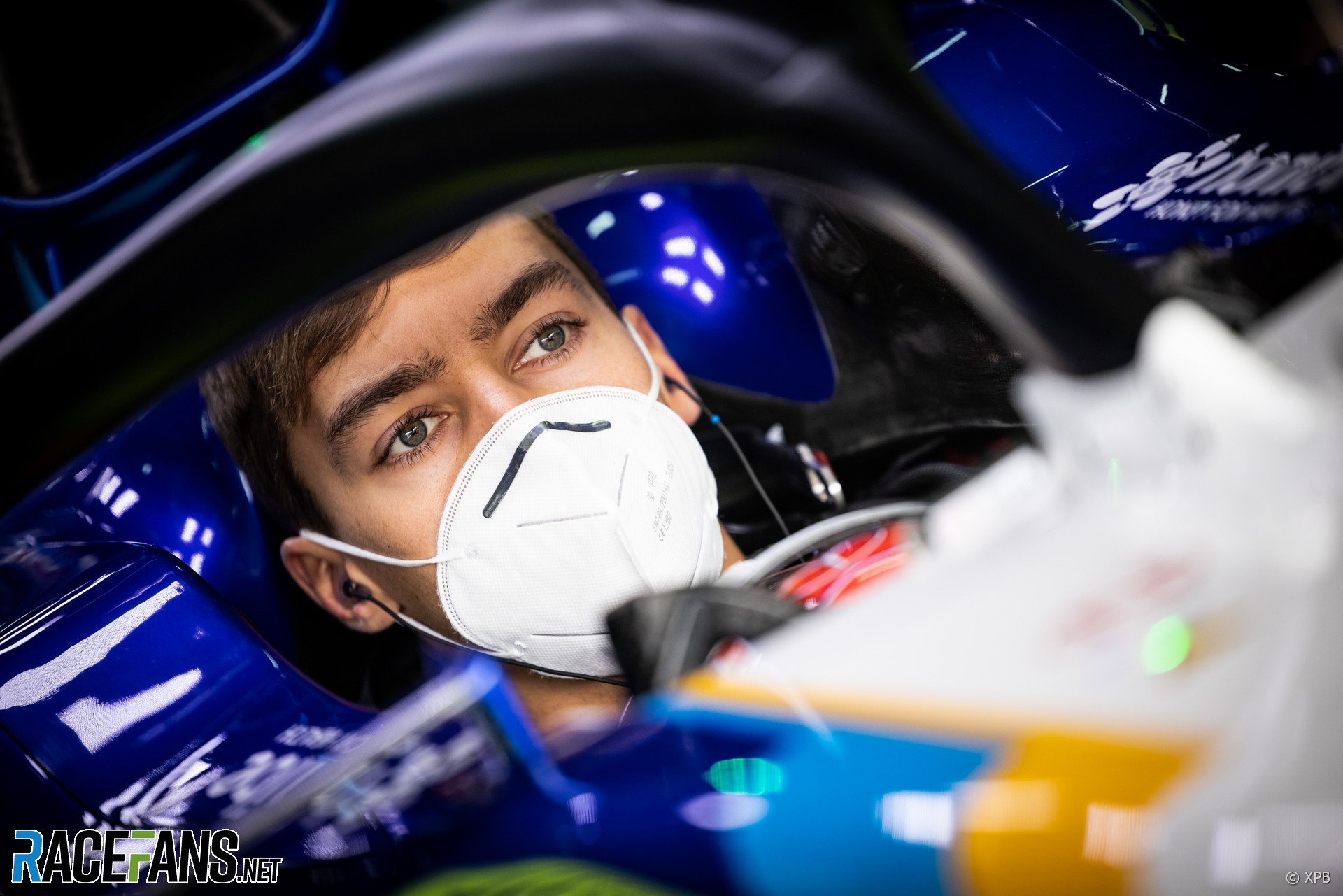 George Russell has softened his stance over the high-speed collision with Valtteri Bottas which put both drivers out of the Emilia-Romagna Grand Prix.

Having previously laid the blame for the crash at the feet of his rival, Russell later conceded Bottas was “probably not” in the wrong.

The pair collided on the approach to Tamburello while Russell was attempting to pass Bottas. The Williams driver put his right-hands wheels on the damp grass lining the circuit and spun into Bottas, triggering an enormous shunt which caused the race to be red-flagged.

Russell confronted Bottas at the scene of the crash, asking if he’d tried to kill them both. He was highly critical of the Mercedes driver, whose seat Russell has been linked to for 2022, suggesting Bottas would have raced different against another rival

“When you can review everything and look at it in slow motion and everything, and from certain camera angles, it all looks very, very different,” he said.

“One camera angle makes it look one way, another camera angle, like I said, when you watch it from behind on the CCTV footage it looked quite clear, in a different opinion.

“I was more frustrated because of the speed of the incident. I’ve never, ever had a crash at the end of a straight when we’re absolutely flat-out, and we’ve all seen the dangers of motorsport very recently and to be honest I would have reacted exactly the same had it been battling for the win, battling for ninth or battling for last. Because I just thought it was unnecessary and it was avoidable.

“As I said, Valtteri did nothing that was outside the rules, but you have to take an element of responsibility and consideration into the fact of the conditions.

“There’s certain things you can do in certain ways when everything’s stable, but when it’s a damp track, there is a kink, and you’re pushing someone towards the grass, onto the damp patches at over 200 miles an hour. There is a high risk of an incident, and that is why I was very disappointed because I just thought that was beyond a lack of respect, really, not towards me, but just a lack of respect towards these cars.”

When questioned if his approach to such an overtake was changed by battling against a Mercedes, which he is contracted to as well as Williams, Russell rebuffed.

“As I said, it was not a reckless move. The move was totally on. Valtteri defended hard, and he was fair to do so. But we were three quarters of the way down the so-called straight. It wasn’t like I lunged him from 20 metres back and crashed into the side of him.

“It was unfortunate, the incident would not have happened if it wasn’t damp and if DRS was closed. It was just an unfortunate set of circumstances.”

While Russell remains adamant he did the right thing by trying to pass Bottas, he accepted his rival was likely not to blame.

“Could it have been avoided? Yes. Was Valtteri in the wrong? Probably not.

“Could he have done something slightly more? Maybe. Was I in the wrong? I caused the crash by spinning, but was I wrong to go for that overtake? Absolutely not. You would have been foolish to lift at that position.”