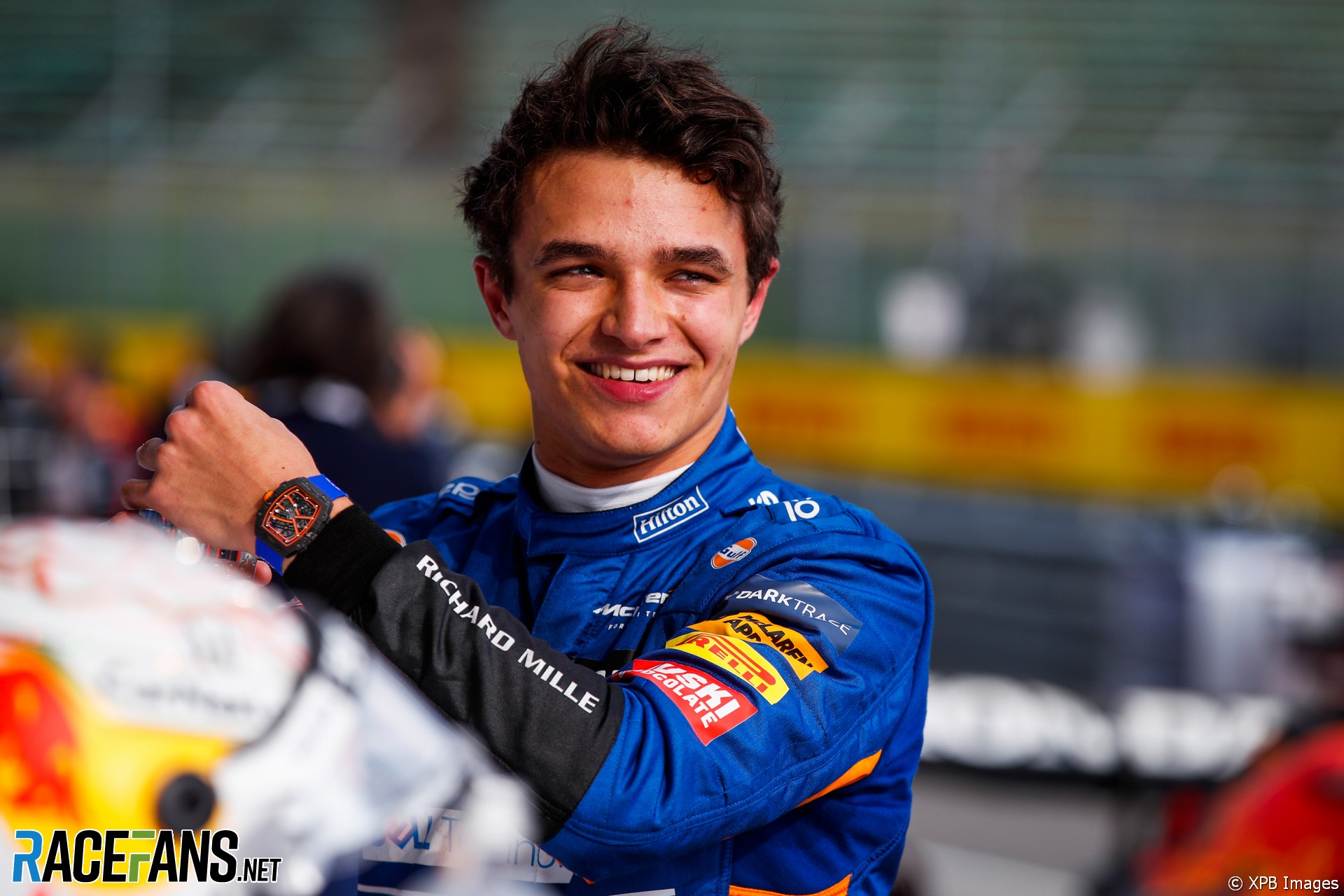 Having left McLaren to join Ferrari this season, Sainz believes the battle is “very tight” between the two teams this year. “Honestly, it is very difficult to pick,” he said.

“I think the McLaren has its strengths and weaknesses. So what makes it like a really nice fight is that we are quick in very different places on the track and it makes it a very fun battle.”

Norris set the third-quickest time in qualifying last weekend, but it was deleted due to a track limits infringement. After starting seventh he climbed to second place, and took the chequered flag third after being passed by Lewis Hamilton with four laps to go.

“It looked like this weekend Lando did a very good job of exploiting the whole car potential,” said Sainz. “He was on it the whole weekend, especially from Saturday onwards. And he did a good race.”

A gamble on switching to soft tyres for the final stint of the race helped Norris pass Sainz’s team mate Charles Leclerc before the rubber began to fade.

“They were, in my opinion, on a slower tyre on the soft at the end of the stint,” said Sainz. “You could see they were gaining a little bit. And that’s why we were behind him, pushing him.

Sainz is hopeful Ferrari will pose a greater threat to McLaren at circuits which suit their SF21 better.

“It is very tight,” he said. “Maybe they had a bit of the upper hand this weekend or they had the upper hand a tiny bit the last two weekends. But as soon as we do a very good weekend and we going to a track that maybe favours us a bit I think we can be ahead.”

11 comments on ““He was on it the whole weekend”: Norris impresses former team mate Sainz”