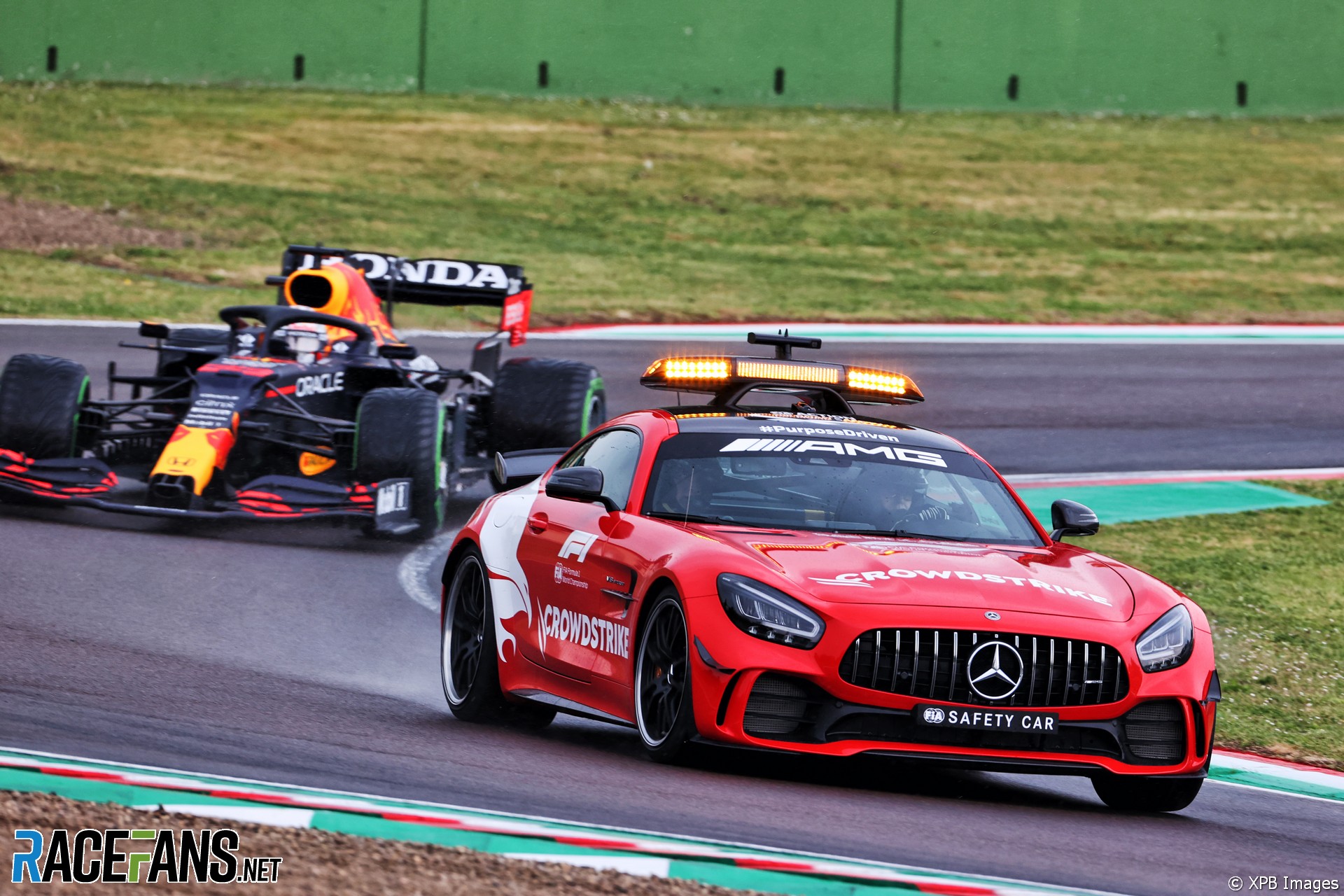 Sebastian Vettel admitted he did not expect race control to use a rolling restart during the Emilia-Romagna Grand Prix.

The Aston Martin driver said he was “100% sure” the race would resume with a standing start after it was red-flagged due to the collision between George Russell and Valtteri Bottas. “I don’t know why it was a rolling start,” he said.

Vettel said he chose soft tyres at this stage of the race because he expected a standing restart would be used. “With the red flag we tried to start on a softer tyre, but there was a rolling start which we didn’t expect,” he said. “And then we had a higher degradation on the soft than others on the medium.”

Aston Martin CEO Otmar Szafnauer said the decision to use a rolling start was announced later than the team expected.

“I think the last red flag situation we had – where was it, Monza? – that was a standing start.”

FIA race director Michael Masi said the decision to use a rolling start instead of a standing start was made in line with the correct procedure.

“Generally we can post either a standing start or a rolling start once the cars have actually left pit lane,” he said. “And so on this occasion, we did it at I think it was about turn seven – there or thereabouts. The Safety Car lights went out and the ‘RS’ [rolling start] went up on the screens, which is the procedure as stipulated in the regulations.”

Masi confirmed a rolling start was used due to concerns about the remaining damp patches of track on the approach to the high-speed Tamburello sequence where Bottas and Russell had crashed.