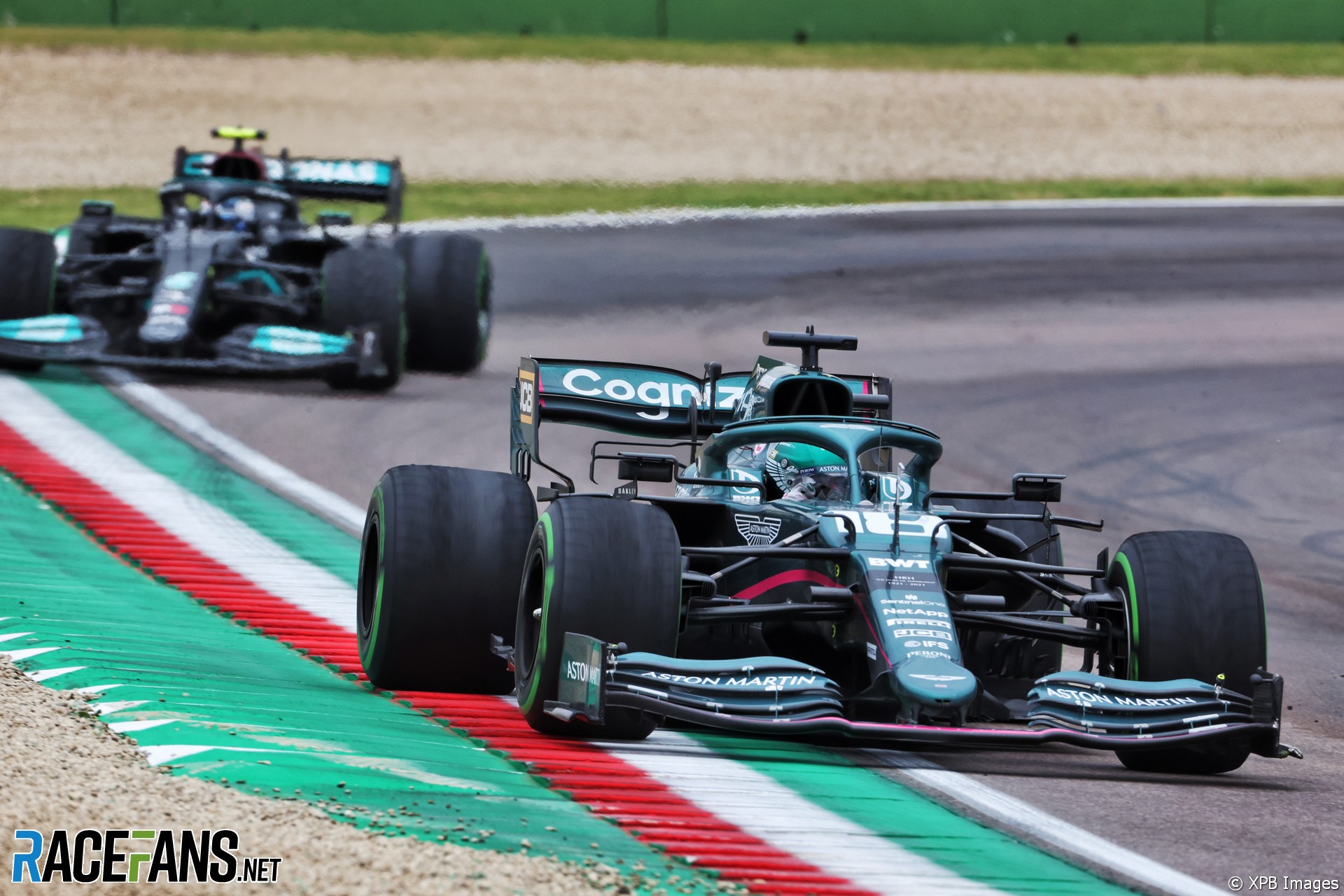 Last Friday Szafnauer called on the FIA to revise the aerodynamic regulations which came into force this year to reduce the disadvantage he feels Aston Martin has suffered.

However following “a couple of meetings with the FIA”, Szafnauer indicated the team’s concerns have been at least partly addressed.

“I think we’re, at this point, pretty satisfied that all the correct steps were followed,” said Szafnauer. “We’re still in discussion, we’re just trying to discover what all the steps were to make sure that it was done properly and equitably, so that’s the reason for the discussion.”

Szafnauer added the team was seeking “just have to have a good understanding of the entire process and be happy that the process is equitable, really.”

During the race weekend Mercedes CEO Toto Wolff suggested the aerodynamic changes to the rear of the cars had been intended to reduce the world champions’ advantage. He said Aston Martin, whose car is of a similar ‘low-rake’ design, had been “collateral damage”.

At the first race of the season the whole field on average was 1.6 seconds slower than the previous year. But Aston Martin performed worse, losing 2.2 seconds year-on-year. At Imola they performed better than average: While the field was 0.23s slower, Aston Martin were down by just 0.07s.

Aston Martin added to its points haul at Imola, Lance Stroll finishing eighth, though Sebastian Vettel had to drop out of the race shortly before the end. Szafnauer said the team is “still working hard” at reducing its performance deficit.

“It seems like we’ve got to look really hard at one-lap pace,” he explained. “It looks like the race pace is a little bit better.

“We had dry conditions here, wet conditions, people on different tyres, so it’s hard to know. But I think Lance did a brilliant job to come home seventh from where he started, a tough race. Unfortunately Seb had the gearbox issue and also the penalty so that didn’t really help. But we’ll look through all the data and we’ll work hard to try to pull it back.”