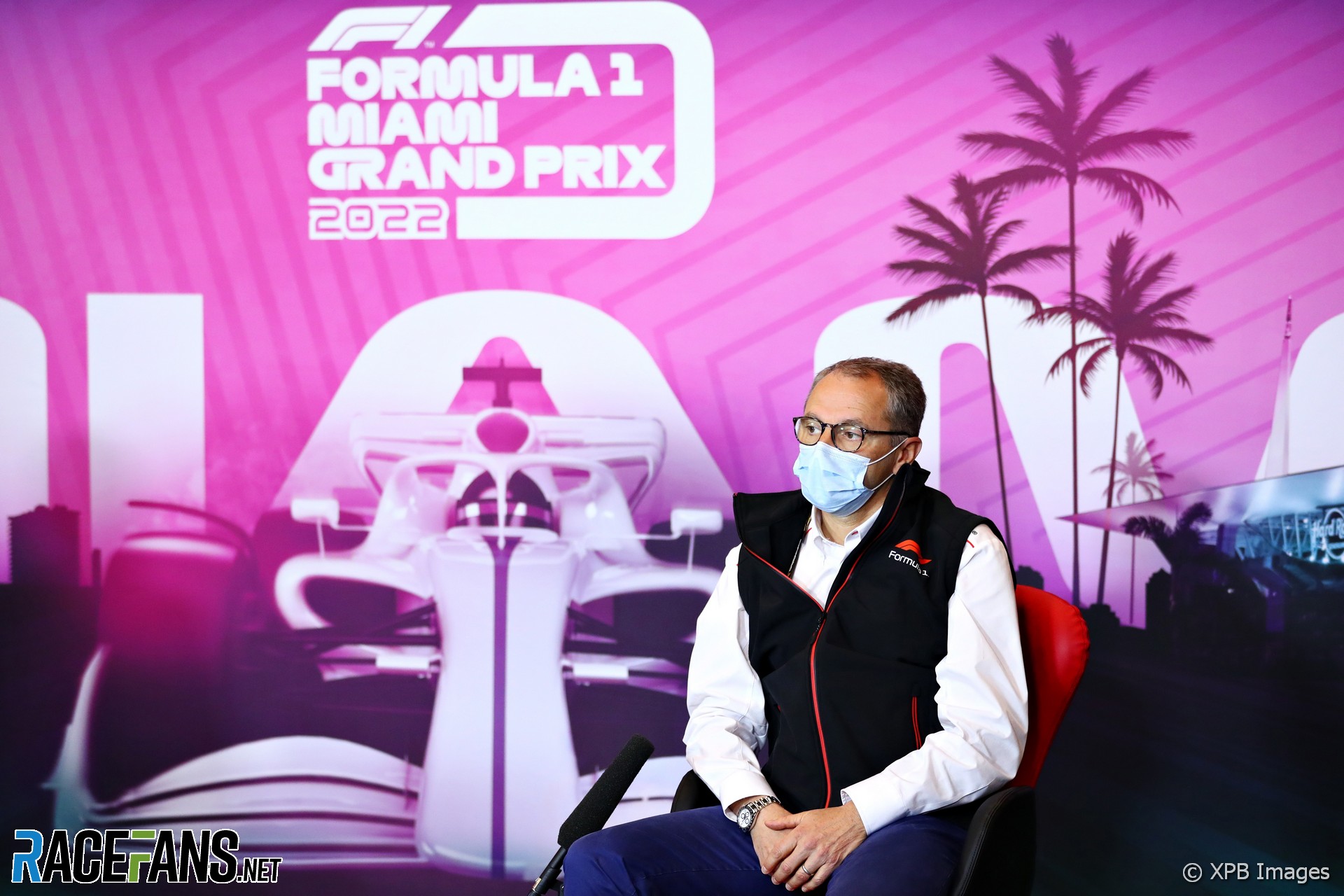 Plans for a grand prix in Miami have not been compromised by its relocation from the Bayfront area to a sports stadium, says Formula 1 CEO Stefano Domenicali.

The world championship confirmed on Sunday that years of work to secure a race in the city had finally come to fruition. The first Miami Grand Prix will be held as part of the 2022 F1 season.

The original plans for the circuit were based around Bayfront Park overlooking the waterfront. However local opposition eventually led the race to be relocated around 25 kilometres north to the Hard Rock Stadium in Miami Gardens. A track has been laid out using the car parks around the facility which is home to the Miami Dolphins NFL team.

Formula 1 CEO insisted the change of venue would prove to be “great” for the sport and was “not a compromise.”

“As always, when you look for a different solution, you need to consider all the elements that make everyone happy,” said Domenicali. “[There was] a lot of discussion for different layouts. I’m sure that the track you’re going to see around the Miami Hard Rock [Stadium] and Miami Gardens will be fantastic. We have built up something that will be spectacular.”

Residents’ concerns over the proposals were not overcome until Miami Gardens mayor Rodney Harris backed a resolution imposing various limitations on the event and agreeing a $5 million fund for local development programmes.

“The community is really happy,” Domenicali continued. “One of the things that we as Formula 1 want is to be really integrated.

“Not only about the fact that there will be a business opportunities for everyone, just to take the opportunity to get into the culture of Miami with the people, with the schools, with the people that are living close to the track. This is really something that will give an added value to the cultural meaning of what Formula 1 is.”

“I think that in some ways it’s going to be a lot better,” he said. “In certain respects, when you talk about when we originally looked at the city design, you have a lot of constraints around a race track.

“One of the first priorities, really the first priority, was creating a great racing circuit for the drivers, for fans, multiple passing opportunities. And when we looked at the Hard Rock site we had basically a blank sheet of paper to work with designers, to work with Formula 1 and obviously the FIA – who I’d like to thank as well – to put together a race track that is is dynamic in a lot of ways, hopefully.

“Secondly, to be able to put on great experiences that are uniquely reflective of the diversity of Miami and everything we do. And again, having existing infrastructure there, having things in place, we think we’re in a better position to be able to do that.”

Garfinkel said the promoters “want to create an environment where people are blown away when they get there.”

“It’s going to be completely transformed into a campus with landscaping and all kinds of different opportunities and food and beverage areas,” he added.

“Starting with a blank sheet of paper, being able to design a circuit with the designers and F1 and FIA that has a lot of passing opportunities, there’s going to be vistas really from the stadium which sits at the centre of the circuit. You could walk around the top deck of the stadium and see every turn in the racetrack. That’s a pretty unique opportunity.

“I think the infrastructure we have in place, the club spaces, the things we can take advantage of in and around the campus, it’s going to be beautiful. I don’t really see any limitations, in fact, I just see opportunities.”