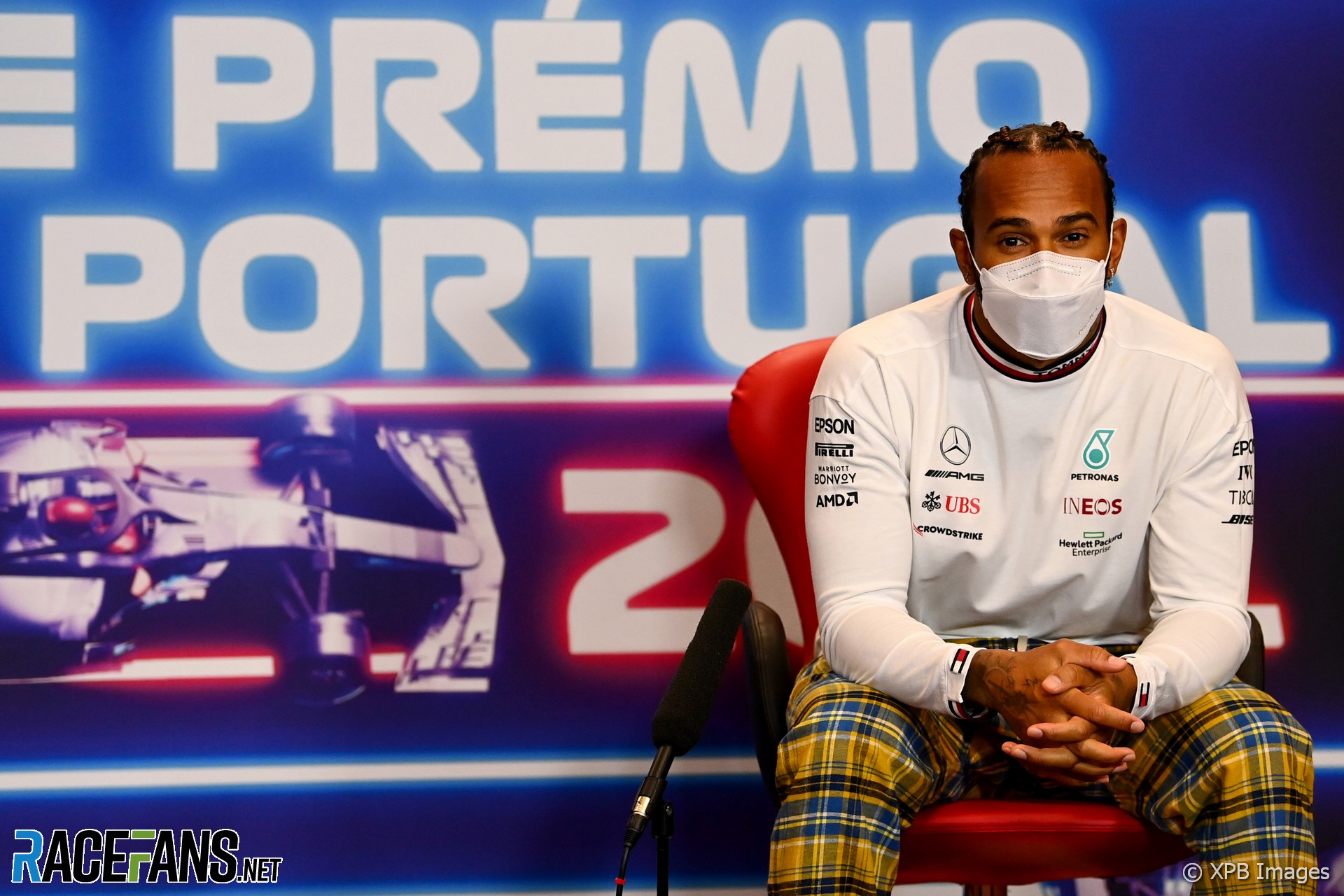 Lewis Hamilton revealed he took the rare step of volunteering to take part in a test session because he intends to keep racing in Formula 1 next year.

The seven-times world champion only extended his last contract with Mercedes by a single year, prompting speculation he will not compete in the 2022 F1 season.

But following the last race at Imola he chose to stay at the circuit to test Pirelli’s latest prototypes of the 18-inch tyres which will be introduced next year. He said he took the decision because he intends to keep racing in 2022.

“Firstly, I don’t ever volunteer for test days,” Hamilton admitted. “That is probably one of the first ones that I have volunteered for.

“So I immediately regretted it when I woke up in the morning! I was like ‘damn it’. But it was a really great track to do the test that so I enjoyed the day and the weather was good.

“I plan to be here next year and I want to be a part of that, I want to help Pirelli.”

Hamilton has previously criticised F1’s planned move to 18-inch tyres for next year. He said today he wants to “help them lead towards having a better product” in 2022.

“It’s something that drivers, all of us I think, have wished for – [higher] performance tyres – moving forward. So it was important for me to see, to gauge where the starting point is and what differences I can help [with]. So that, first of all, from a drivers’ point of view, we have more grip, more mechanical grip in our tyres, less degradation.

“It was a good test and obviously it was the first step with the tyres. But it definitely wasn’t a bad place to start.”

Hamilton said he isn’t fully committed to continuing next year, but is relishing the closer championship fight he’s having with Max Verstappen.

“I’m pretty spontaneous so it could always change,” he said. “But I’m enjoying this battle that we’re having. It’s been more exciting. It’s been even more of a challenge.”

He is also eager to continue working with Formula 1 to improve diversity within the sport.

“As I said, I continue to love working with this team, and it’s encouraging to see the step for example my team are really making towards becoming more inclusive and more diverse. I think today they already announced one of the initiatives that we have within our organisation.

“I know that being here I have more chance of helping change that than not. So that’s something I’m looking to [do]. I don’t know how long I can stay, but we’ll see.”

Hamilton also indicated he may join teams from sports including football, cricket and rugby in boycotting social media platforms in protest against their handling of racist abuse.