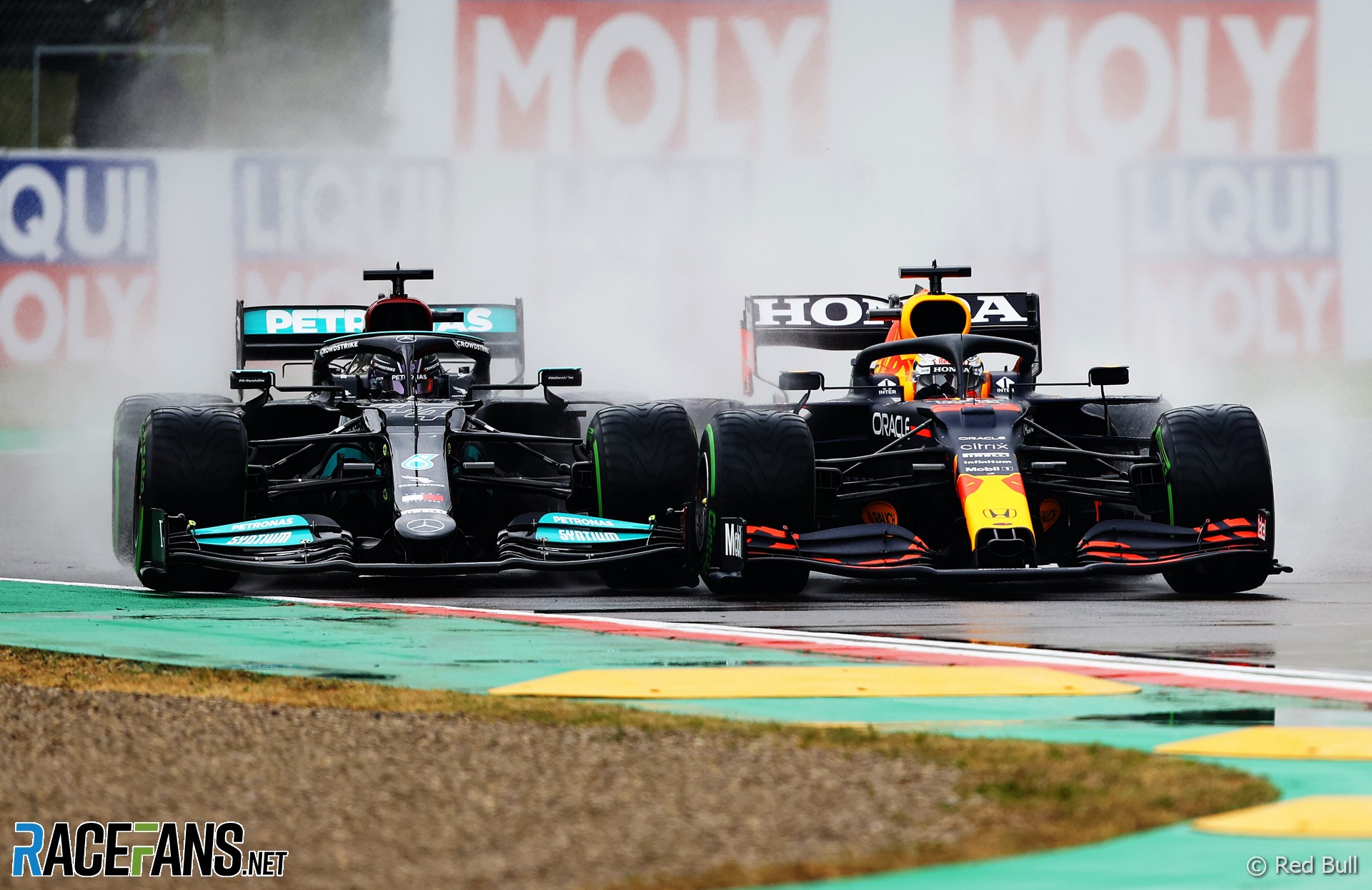 Max Verstappen says the competitive car Red Bull have produced this year means he can take a more cautious, points-gathering approach in his fight for the Formula 1 title with Lewis Hamilton.

Hamilton leads Verstappen by one point at the top of the standings after two races ahead of this weekend’s Portuguese Grand Prix at Algarve.

Speaking in Thursday’s press conference at the track, Verstappen said his focus is to “try to make the least mistakes possible” at each weekend this year to maximise his points haul. But he denied that means risking not getting the most out of his car.

“I don’t think you lose speed,” Verstappen said. “It’s just choosing your moments when to shine.”

“I mean, you have to understand that if it’s not your day, then you have to settle for a certain result,” he explained. “Whereas in the past, we had sometimes a car where we could win races, but we knew we were not in a championship fight so you might risk it a bit more.

“Of course, when you are in a championship fight or at least you know that you have a car which can be competitive more often, your approach does change a little bit because you cannot afford to lose too many points in a weekend where, let’s say, you’re not at your top level.

“So I think that’s what we always have to make sure that even if we don’t have a perfect weekend, we still score a lot of points.”

Verstappen said he is prepared for the possibility Red Bull won’t have the quickest car at some races this year, despite their strong start to the season. Red Bull were considered to have the advantage in Bahrain, where Hamilton won, while Verstappen stood on the top at Imola two weeks ago after Mercedes had been faster in qualifying.

“I always feel confident. That’s nothing to do with if you win a race or not,” he said. “I just hope that we are, again, very competitive as the last two races.