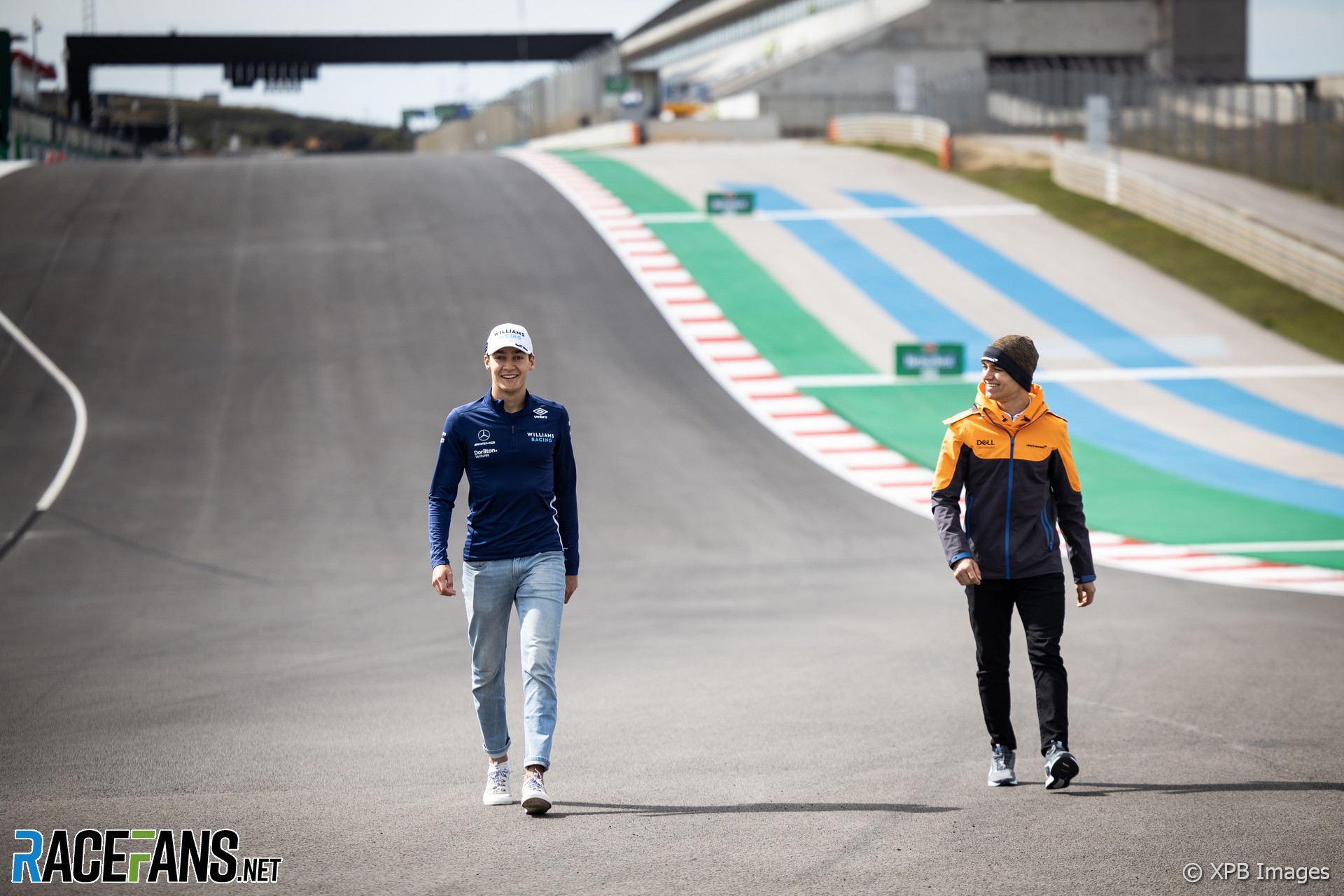 Charles Leclerc, Esteban Ocon, Valtteri Bottas, Nicholas Latifi, Mick Schumacher have also thrown their support behind the campaign, and will refrain from posting social media updates for more than 72 hours.

The goal of the boycott is to hold social media companies accountable for what is posted on their platforms “in response to the ongoing and sustained discriminatory abuse received online by players and many others connected to football.”

This weekend, when the boycott will run from 15:00 BST today until 23:59 on Monday 3rd May, was selected as particularly impactful as it contains a full schedule of football matches. As the Portuguese Grand Prix also falls over that time, several F1 drivers have also committed to support the initiative with their own social media boycotts.

Lewis Hamilton said yesterday that he was considering his position on the boycott. “In the sport, it’s clear that racism continues to be an issue,” he said. “And I think social media platforms do need to do more in order to combat this.

“And so I’m fully supportive of the initiative. If me also doing it helps put pressure on on those platforms in order to help fight against it then for sure, I’m happy to do so.”

Hamilton has 22 million followers on Instagram and 6.3 million on Twitter; this morning, he posted a message confirming he would join the boycott. “To stand in solidarity with the football community, I will be going dark on my social media channels this weekend. There is no place in our society for any kind of abuse, online or not, and for too long it’s been easy for a small few to post hate from behind their screens.

“While a boycott might not solve this issue overnight, we have to call for change when needed, even when it seems like an almost impossible task.

“Sport has the power to unite us. Let’s not accept abuse as part of sport but instead, let’s be the ones who make a difference for future generations.”

Daniel Ricciardo also said he was supportive of the boycott, though he had not yet committed to it. “[I’m] certainly considering it and obviously if it helps, like all things, raise awareness and spread the message or put it out there and hold some to a bit more accountability, for sure. I think that’s important.”

He updated social media just before second practice, when the blackout was due to come into place, saying “I’ll be going offline for the next few days to stand with others against online abuse. Any form of abuse is not ok and those that share or allow hate should be held accountable. I want to encourage a positive change in behaviour and urge people to think before they act.

“If you don’t have something nice to say, don’t say it at all. #EnoughIsEnough.”

Lando Norris and George Russell confirmed this morning they will take part in the boycott. “I’m supporting the boycott of social media this weekend,” said Norris, one of F1’s most prolific and widely-followed drivers on social media, on one of his accounts.

“Everyone struggles with abuse on here at some point and social media companies need to do more to tackle it. Hiding behind a keyboard is not okay. Enough is enough.”

Russell announced he will participate in the boycott in a short video message to fans posted to his social channels. “I will be supporting the social media blackout this weekend,” said Russell. “I thought it was important to do so because there is far too much online abuse, hatred, negativity, racism that is just undeserved.

“I feel like it’s our duty to raise as much awareness as possible, not just within sport, but within all walks of life. It doesn’t matter how old or young you are or what background you’re from, just to to spread positivity and be nice to one another.

“I feel strongly about this, and I felt like it was my duty to to be a part of this cause. So I hope you appreciate my views, my opinion, and hopefully we can all make a change.”

Max Verstappen did not get asked about the boycott yesterday but today posted a social media message just before second practice, saying “Along with my fellow F1 drivers I support the #EnoughIsEnough campaign this weekend. We support the call for social media platforms to act responsibly and users to act respectfully. Online abuse and hate must stop.”

Formula 1 has acknowledged the boycott taking place and reiterated its support for challenging racism but did not commit to joining the action. “F1 is wholly committed to combatting any form of discrimination, online or otherwise,” it stated.

“We support the actions of the Premier League and other sporting bodies and athletes in highlighting that more must be done to eradicate online abuse that they are receiving directly.

“We continue to work with all platforms and our own audiences to promote respect and positive values and put a stop to racism.”

Update: RaceFans will support the ‘#Enough’ campaign against racism on social media