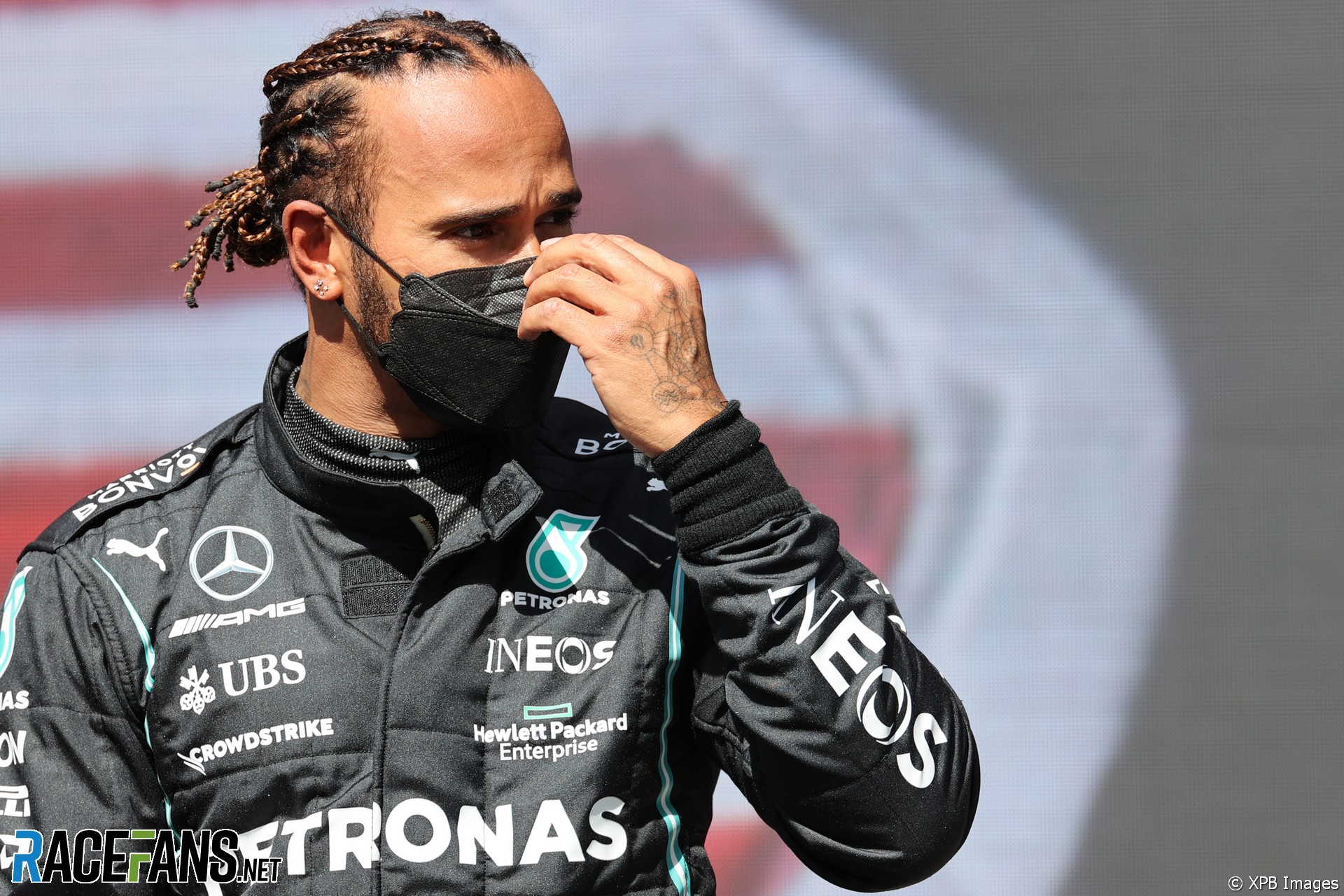 Lewis Hamilton said he only managed a single good lap in qualifying for the Portuguese Grand Prix, after his team mate beat him to pole position by seven-thousandths of a second.

The seven-times world champion had a “difficult session” at the Autodromo do Algarve and suspects his rivals found it as challenging.

“I think for everyone it’s not that easy here,” he said. “Particularly as it’s windy and quite slippery on this surface. It’s challenging for everyone.”

Hamilton used the harder medium compound tyres in Q2 to secure his place in the final 10 and ensure he starts the race at a strategic advantage. However he said that point in the session was the only part of it that went to plan.

“It was quite a messy session, really, for me. Q1 wasn’t good. Q2 I only had one good lap. I would say in the whole session generally I only had one lap, Q3 was pretty poor. Valtteri did a great job given the conditions that we’re in.”

Mercedes used the medium compound tyres again at the end of Q3, but Hamilton suspects that “probably wasn’t the right decision at the end” as neither driver managed to improve their time. He remains convinced F1’s tyre supplier Pirelli should have brought softer rubber to this weekend’s race.

“It’s just tricky out there. You see us all having to do multiple laps. The tyres are too hard here so it doesn’t work very well with the surface.

“So we have to do extra laps to get temperature [up] and at the end, just didn’t have very good grip so I didn’t do the greatest job.”