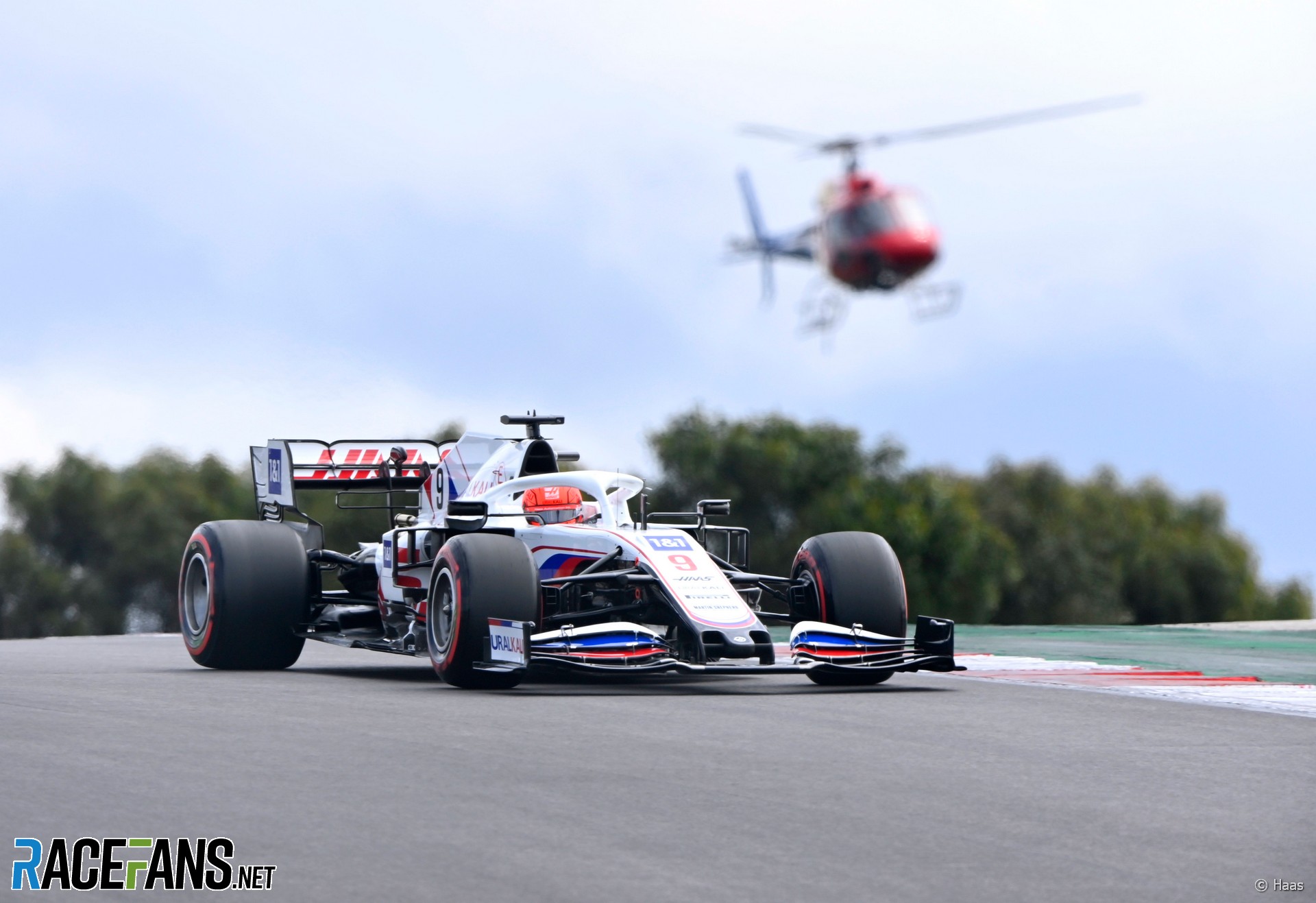 Nikita Mazepin has firmly rejected Nicholas Latifi’s claim he was blocked by the Haas driver at the end of Q1.

The pair encountered each other as Mazepin was coming to the end of a timed lap and Latifi was preparing to begin one. Latifi received a late warning from his team that Mazepin was about to catch him.

After making a last-ditch effort to clear the way for Mazepin, Latifi told his team on the radio he expected his rival would hold him up in retaliation when he began his lap. He then caught the Haas driver at turn one and accused him of doing just that.

“I got blocked, of course,” Latifi complained. “What a dumb idiot. Like, I didn’t do it on purpose.”

However Mazepin denied he had deliberately got in his rival’s way.

“I always care about my competitors,” he said. “I want to live in a world where everyone’s happy.

“Unfortunately, when there’s only three places on the podium and one driver called winner, there’s never going to be a happy 20. I’d never do anything on purpose to mess somebody’s lap.”

Mazepin said he will review the footage of the incident, which the stewards did not investigate.

“I have to really watch the onboard, to be honest, because I’ve been told that he’s three seconds away, and from what I’ve seen, he was not very close. So I mean whatever you call ‘blocking’ is a bit of a tough part.

“If you look how close I was to him in the last corner, I’m sure it was less than four tenths. So I will analyse and hopefully it won’t happen again. But I’m very sorry that he’s upset.”

The Haas driver acknowledged that Formula 1 cars are highly sensitive to running in disturbed air.

“The amount of time we need between each other for the aero efficiency to work is around five seconds-plus,” he said. “So it doesn’t always go to plan.

“I was pretty fortunate that three of my laps were without traffic. The one that counts when the track is there and I’m there was with traffic but it is the nature of the game.

“When you get to Q3 it’s better, but unfortunately, we’re not there yet.”

Mazepin was also involved in a row with a rival after qualifying in the last race weekend. Antonio Giovinazzi accused him of spoiling his lap at Imola.

Latifi’s radio from the end of Q1

Latifi was preparing to begin a lap when he asked his race engineer Gaetan Jego whether there was anyone approaching who he needed to let through. Jego advised him Mazepin was approaching, but by then the Haas driver had already caught the Williams.