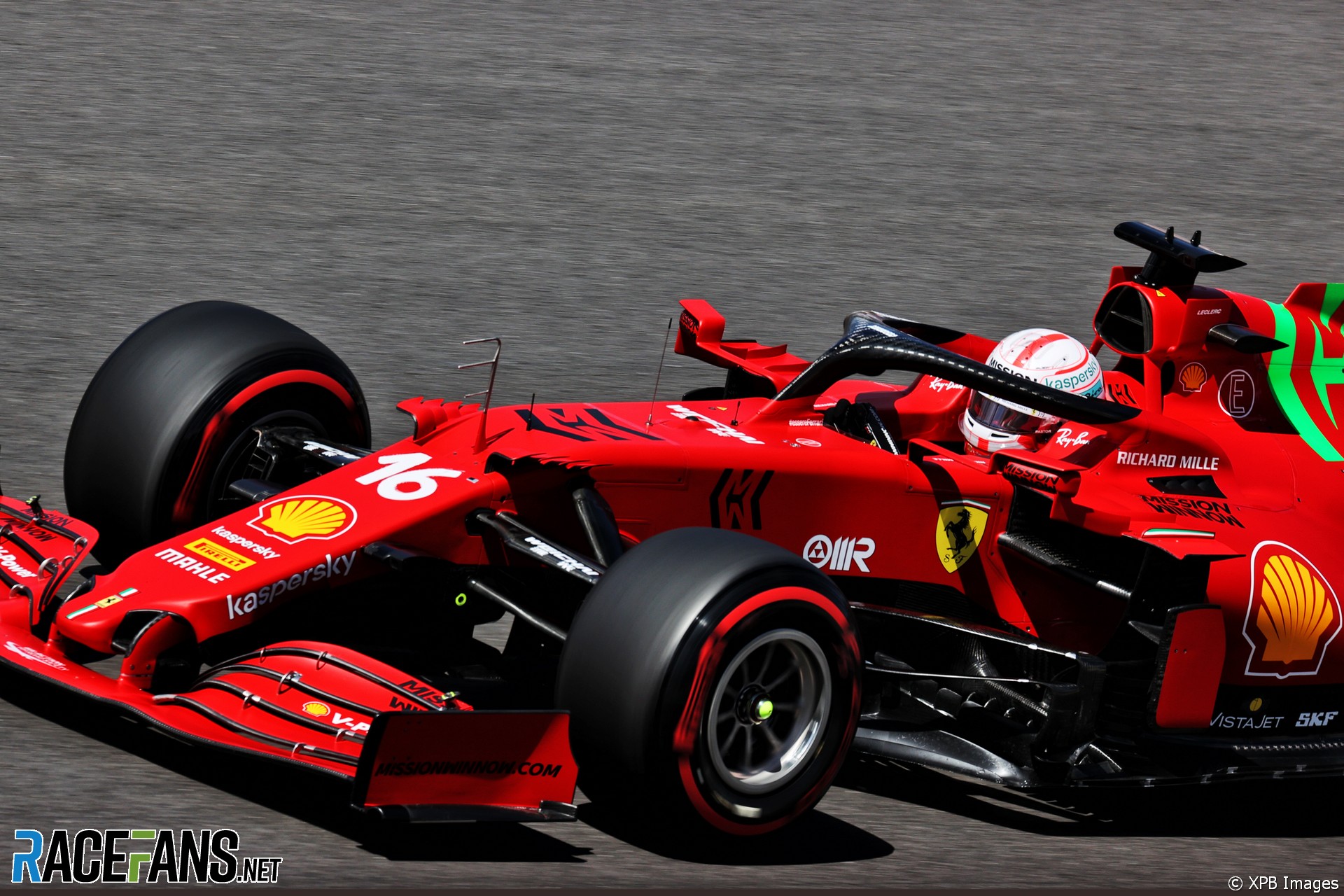 Charles Leclerc says he “didn’t do a good job” after qualifying eighth for the Portuguese Grand Prix, admitting he pushed his Ferrari too hard.

Leclerc was outqualified by new team mate Carlos Sainz Jnr for the first time this season. However he will start the race on the medium tyre compound, having been the only driver not in a Mercedes or Red Bull to get through Q2 on them.

Leclerc was unhappy with his own performance despite securing the strategic benefit of starting the race on the medium tyres.

“This is the positive of today,” he acknowledged, “but then in Q3, I haven’t been at the level I wanted to be.

“So I haven’t done a good job. I’ll work with the engineers to understand from where it’s coming from, struggling a little bit with the car. But overall, I didn’t do a good job.”

Leclerc was one of several drivers who struggled with the windy conditions in Q3 and was unable to match his earlier pace.

“It was incredibly difficult out there,” he explained. “I think I tried to over-push a little bit too much and then once you do that, you start to hurt the rear that is moving a lot. And that’s what happened in my fastest lap. I just struggled around in Q3.

“I struggled overall with the pace with the car. But I’ve just not been good enough myself, to be honest.

Leclerc believes that if conditions prove equally as blustery during this afternoon’s race, the drivers who will enjoy the most success will be “the one who will make the least mistakes in the race.

“Because if it’s windy like this, it’s going to be very difficult to not make mistakes.”