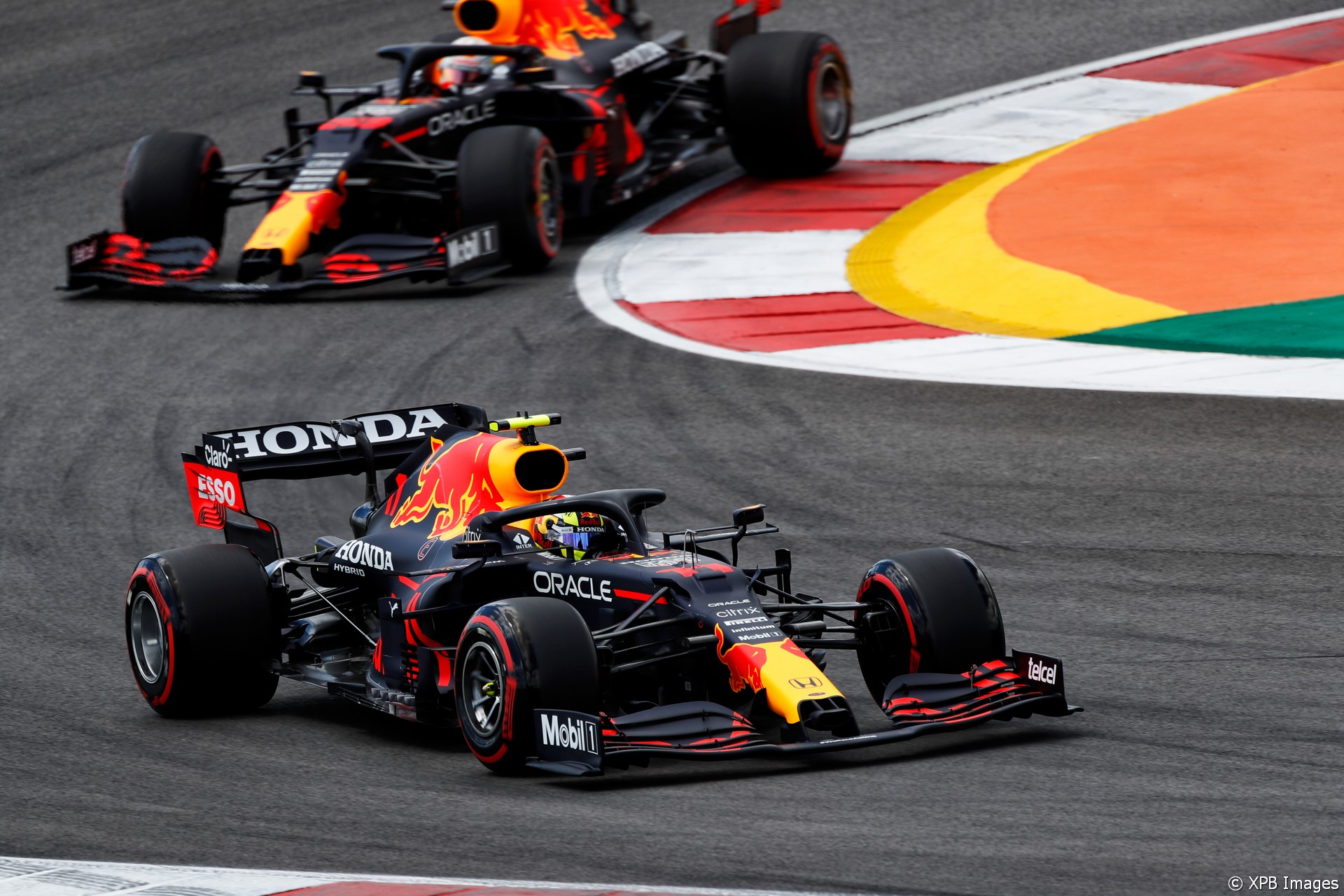 Sergio Perez has said that locking out the second row for Red Bull is the requirement of his role at the team and he still has performance to find.

Perez qualified just behind team mate Max Verstappen and was able to keep pace with him throughout qualifying, including getting through to Q3 on a medium tyre set. He said his performance was “the way it should be, of course.”

“There are reasons behind why they were not like this in the past. But that’s absolutely the minimum. So I’m not even thinking on that.”

Having qualified fourth for today’s race, Perez felt there was more time in the car. “But targets or whether I’m where I need to be or not to be, I’m not bothered with that stuff.

“I just want to to improve and although the grid position is a good one, I’m not pleased with how I was on top of the car,” he said. “Today I wasn’t able to to get the best out of my tyres, so we’ve got some work to do to understand that.”

Perez out-qualified Verstappen for the previous race at Imola. He said he was much less comfortable in the Red Bull car at the Autodromo do Algarve in comparison. “It’s worse,” he said, “it’s comparable to Bahrain.

“Obviously, Bahrain was my first weekend and it was never as bad but Imola was a very different track, so it was a lot better come qualifying, I was able to do the right progression.

“Whereas I think there is some fundamentals I lacked I today on my tyres and just not getting the maximum out of them, so I say theoretically, I can do a great lap, sectors here and there, but not being able to put it [together] at the right time.”

5 comments on “Qualifying alongside Verstappen “absolutely the minimum” for Perez”