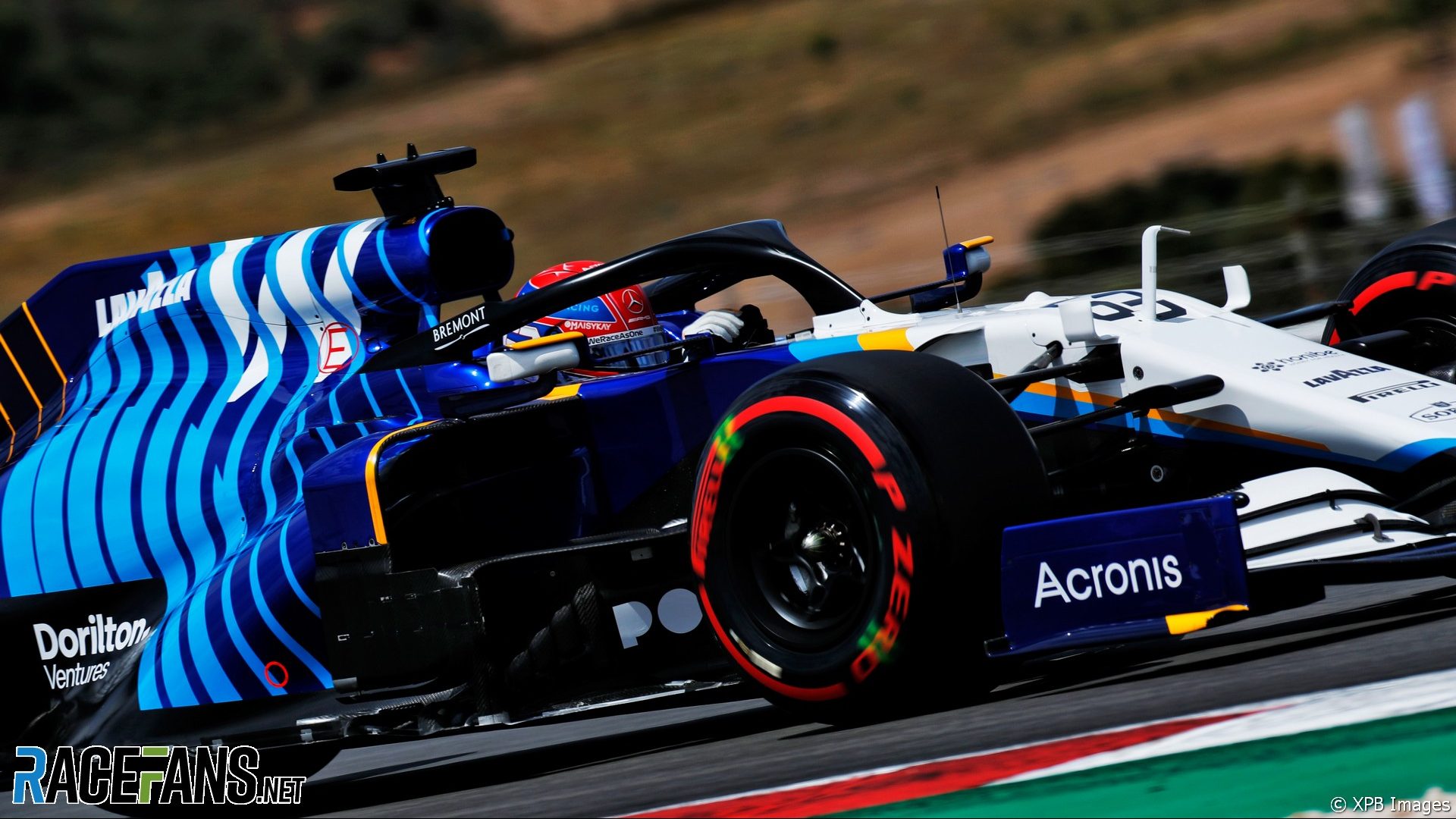 In the round-up: Williams believe George Russell would have made it into Q3 had he been able to use the slipstream of Lando Norris at the end of his qualifying lap.

Williams’ head of vehicle performance Dave Robson says it’s possible McLaren’s decision to pit Norris at the end of Q2 cost Russell the six-hundredths of a second he needed to make the top 10.

“I think it would have been a great place for everybody if we if we had made it [to Q3] and we were we were obviously very close,” said Robson.

“It was a bit disappointing that Lando decided to pit. We thought we were going to get at least one tow off him at the start of George’s timed lap, which might’ve made the difference.”

Abiteboul confirms he will get ‘honey badger’ tattoo

Earlier this week Daniel Ricciardo revealed to RaceFans his plans for former team principal Cyril Abiteboul’s tattoo. The ex-Renault boss will have a honey badger-themed design after losing a bet over whether Ricciardo would take a podium finish for the team last year.

Yesterday Abiteboul confirmed to RaceFans he intends to honour the deal. While the former Renault boss said he maintains his right to choose the size and location of the tattoo, he confirmed that he will keep his word to get one as soon as parlours reopen.

“A bet is a bet!” said Abiteboul. “I may just ask for a right to edit the style of the beast.”

Sergio Perez is hopeful the Mexican Grand Prix will be able to go ahead in October, as his home country countries to bring down its Covid-19 infection rate.

“I don’t know the details, I just think that there is a long way to go,” he said in response to a question from RaceFans. “It will be important to see how the world evolves, how Mexico evolves as well. I really hope we can have the race with fans, as well. That would be amazing.”

Formula E has announced it will not race at the Autodromo Hermanos Rodriguez this year, as the venue is currently being used to treat Covid-19 patients. In a recent announcement, the series said racing at the venue was unviable under the pandemic.

“The ABB FIA Formula E World Championship has moved location from the Autodromo Hermanos Rodriguez in Mexico City which has previously hosted five Formula E races, because the circuit is still a temporary field hospital.”

Unlike Formula E, Formula One does not have an alternative circuit in Mexico as no others in the country are rated as FIA grade one.

"Ending up P7 feels like a disappointment at the moment, looking at the lap time Lando did in Q2. The track got slower in Q3 and conditions were very inconsistent, but still a better position was possible."

Yuki Tsunoda: "For me, the lap was good but the tyre just wasn’t there – I had no grip at all with the softs and it almost felt like I was driving with the hard tyre until the final sector."

"We could have got a better result today as we had made a step forward compared to yesterday, but unfortunately we couldn’t put a lap together in the final run. I missed one corner in both my laps on the last set of tyres in Q2 and P15 is what you can expect when this happens."

"IndyCar series leader Alex Palou will start on the pole at Texas Motor Speedway, as the starting grid was set by championship entrant points after weather delays earlier today forced the cancellation of qualifying."

Ready for an open race (Ferrari)

"On the positive side, I did a good job going through on the mediums in Q2, which I think will be a strong point in the race tomorrow, especially at the start. We saw more graining on the softs during free practice, so I hope that this will give us an advantage with those around me all starting on the red tyres."

Stephen Robertson notes that, after Toto Wolff maintained Mercedes are not yet the fastest team again, that reliability is going to be crucial in this year’s title fight. All four Mercedes and Red Bull cars start next to each other in today’s Portuguese Grand Prix:

A tenth here or there is irrelevant in this title fight, it’s going to come down to reliability.

Losing a potential 25 points for a ‘DNF’ is going to be hard to claw back.
@Emu55