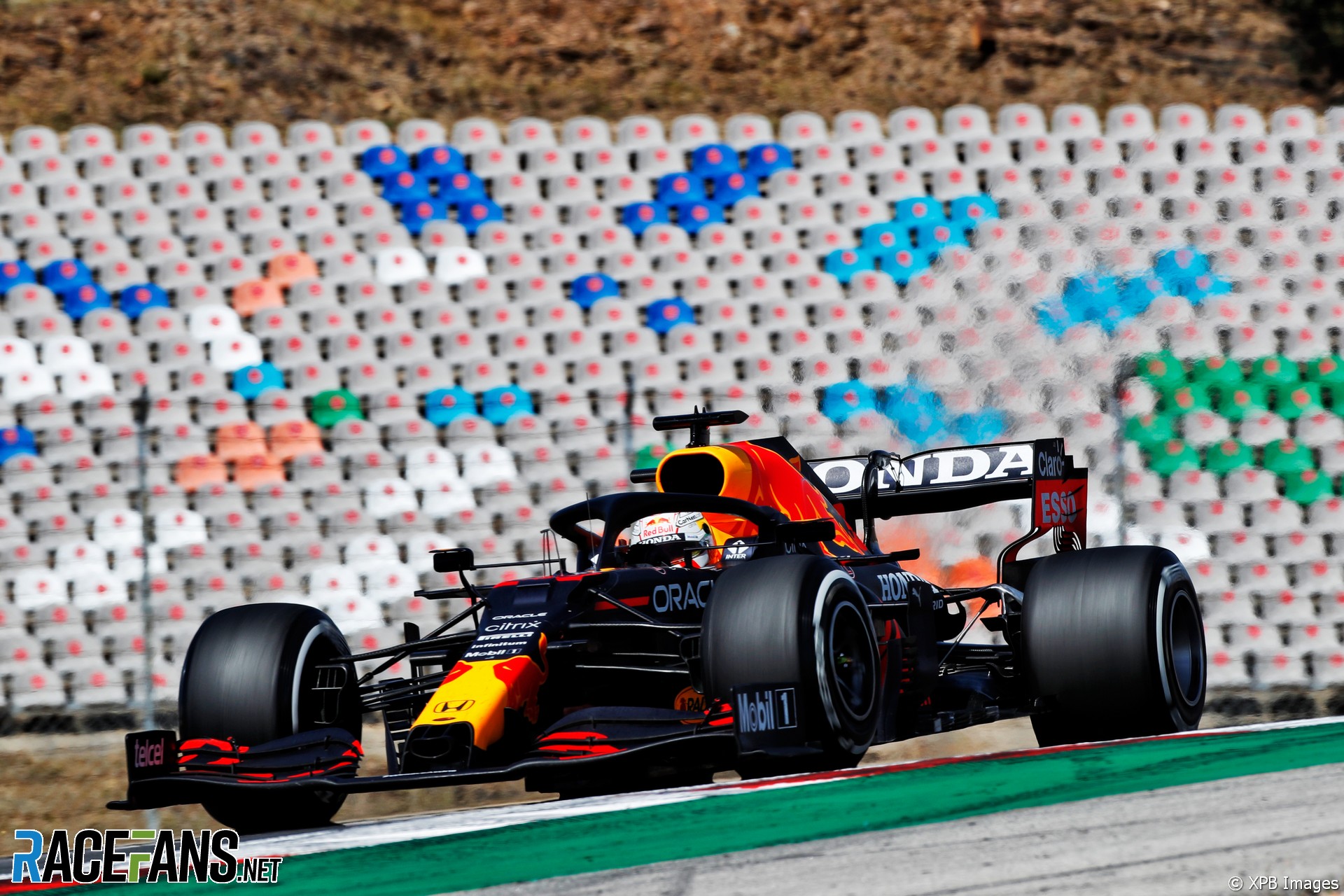 Max Verstappen was puzzled by the stewards’ decision to confiscate the bonus point for fastest lap which he briefly scored at the end of the Portuguese Grand Prix.

The Red Bull driver believed he had scored the point for fastest lap, immediately after getting out of the car at the end of the race. However his lap time was deleted when the stewards ruled he had run too wide at turn 14.

“That’s a bit odd because they were not checking track limits in 14,” said Verstappen, “but whatever.”

Drivers were issued three different sets of guidance regarding track limits over the course of the race weekend. The third, issued on Saturday, warned them their lap times would be deleted if they went too wide at turn 14.

“Track limits are a bone of contention aren’t they?” Verstappen’s team principal Christian Horner told Sky. “And the consistency of their application.”

Verstappen’s team mate Sergio Perez was also unhappy with a track limits call. He accused McLaren driver Lando Norris of overtaking him with all four wheels off the track.

“He got overtaken by a car over the track limits,” said Horner. “We get a document from the FIA, it changes from one day to the next and the application of these are frustrating. Sergio was super-frustrated by that.”

Verstappen qualified third and was able to pass Lewis Hamilton for second after an early Safety Car period. He then tried to challenge Valtteri Bottas for the lead.

“At the restart I tried to put the pressure onto Valtteri,” Verstappen explained, “but in the end, I think we just lacked a little bit of pace overall so Lewis got by again.”

The Red Bull driver reported problems with his car during the race, saying he couldn’t use third gear and seeming to suffer battery problems in the hybrid system.

However, he felt that the main gap between Red Bull and Mercedes had been in terms of understanding how best to use tyres around Algarve International Circuit’s tricky surface. “This is, in general, a bit of an odd weekend in terms of grip,” he said. “We were not, I think, on top of it here. But we’ll see what we can do in Barcelona.”