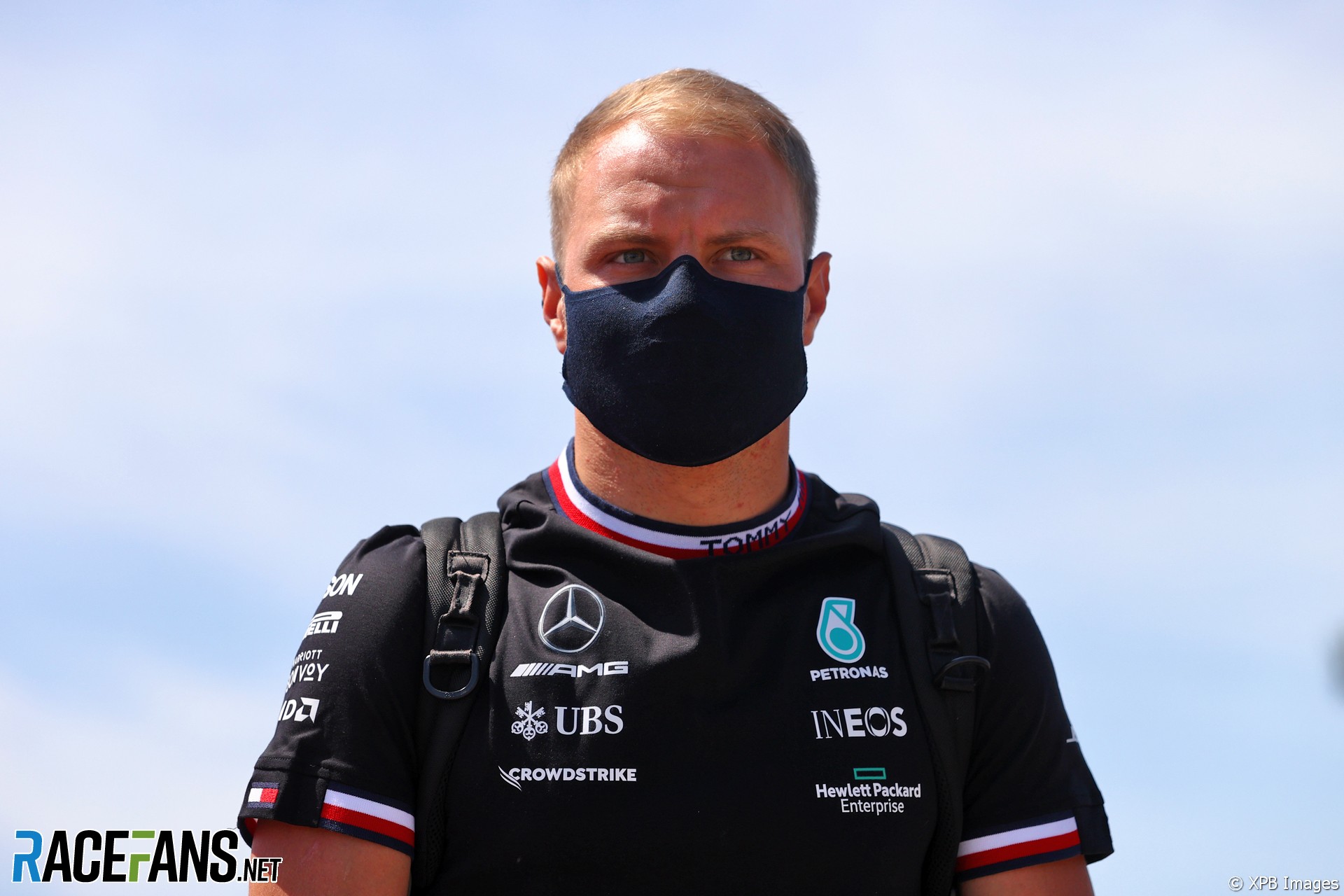 Valtteri Bottas described reports he could lose his seat at Mercedes before the end of the season as “bullshit”.

The Mercedes driver, who does not yet have a contract for the 2022 F1 season, said he was not concerned by the suggestion George Russell may replace him, and insisted he will remain in his seat until the end of the year.

“I know that I’m not going to be replaced in the middle of the season,” said Bottas. “As a team, we don’t do that.

“I have a contract for this year and I believe there’s only one team that does that kind of things in F1 and we’re not that.”

Bottas’ remark is likely to be a reference to Red Bull, who have replaced drivers mid-season twice in the past five years.

“So [there’s] no pressure from my side,” he added. “I know how things are and there’s always bullshit around. That’s part of the sport.”

Three races into the 23-race 2021 F1 calendar, Bottas is already 37 points adrift of championship leader Lewis Hamilton. But he said he isn’t concerned about the prospect he may have to play a supporting role to his team mate.

“There’s still 20 races to go which is a huge amount of points,” he said. “I’m definitely not giving up on the goal for this year. I always believe that hard work will pay off so I’ll keep working hard and keep believing and I know that the results will come and it will pay off.

“About any team orders, et cetera, I’m not worried, to be honest. Not at all. I know there’s a bit of a gap now, but it’s super-early days. For me there’s no point starting to think about that so I’m not worried.”

47 comments on “Bottas rubbishes claim he may lose seat before end of 2021: ‘Only one team does that’”