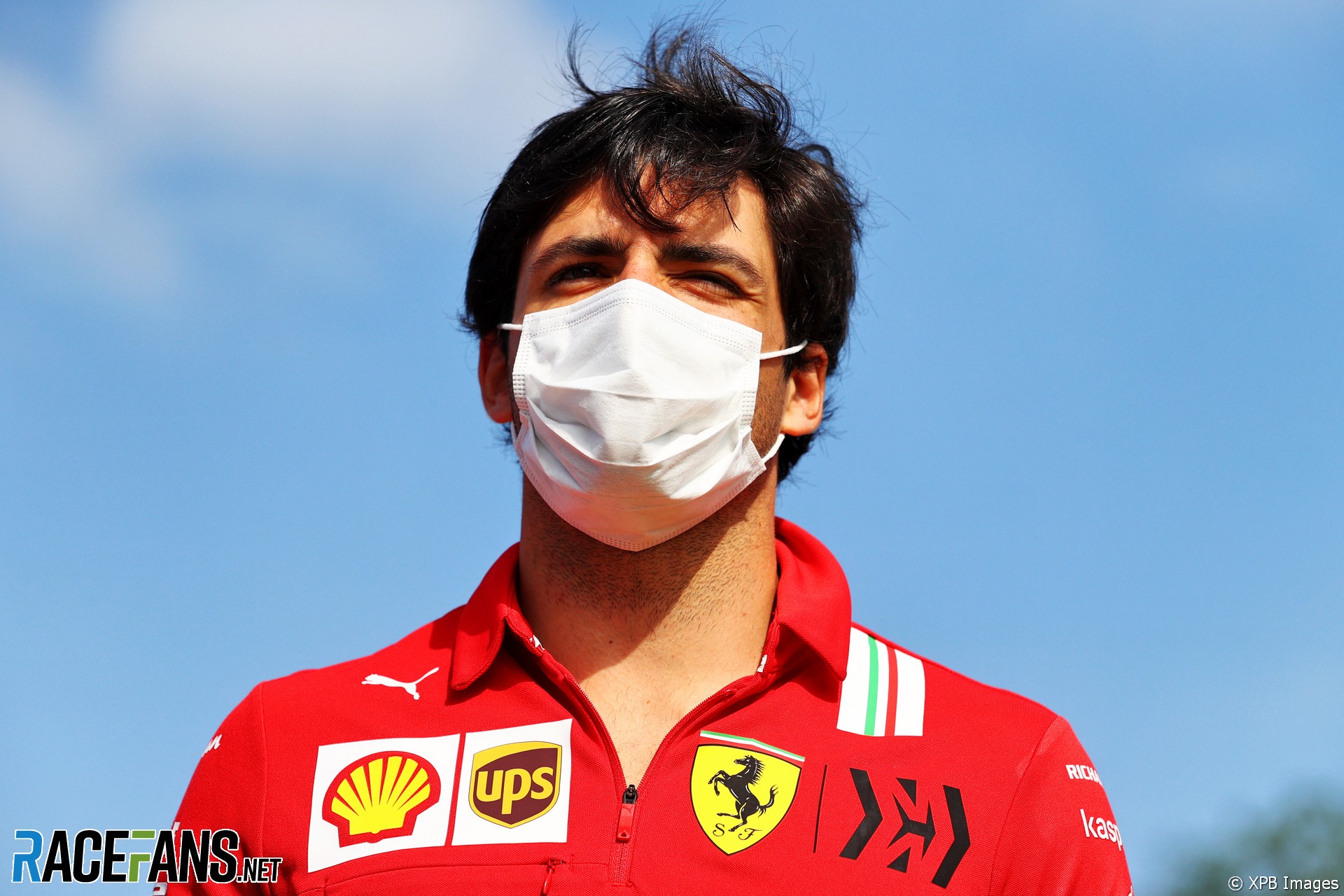 Carlos Sainz Jnr says Ferrari have learned important lessons from their disappointing performance in the Portuguese Grand Prix, where he recorded their first point-less finish of the season.

Having run fourth early in the race, Sainz fell to 11th at the chequered flag, which he said showed something had gone badly awry.

“On Sunday night, as you can imagine, I didn’t have many positives to take because I was not happy with with how Sunday went,” he said. “It was a very bad race. A lost opportunity more than anything.

“After running fourth in the race, to finish 11th in this modern Formula 1 it means that something has gone clearly wrong and something has not quite worked out.”

Sainz was brought in for an early first pit stop and, despite the longer second stint it left him with, put on the medium compound tyres instead of hards. Their pace dropped off towards the end of the race as he suffered graining and lost several positions.

“With a bit more time to analyse, letting a few days by, a lot of analysis made by the team, by myself trying to to figure out what went on, we clearly didn’t do a good job all around,” Sainz explained.

“We’ve taken our conclusions, we’ve taken our analysis, and we are going to try to put things in place for this weekend to try and get better.

“There’s still things to do to improve things to get used to, things to understand. Clearly, we didn’t expect the medium tyre to behave the way it did behave. We were very aggressive with the stop lap and everything and it didn’t go to plan. But with what we had beforehand, we thought that was going to be okay, and it was clearly not not the case.”