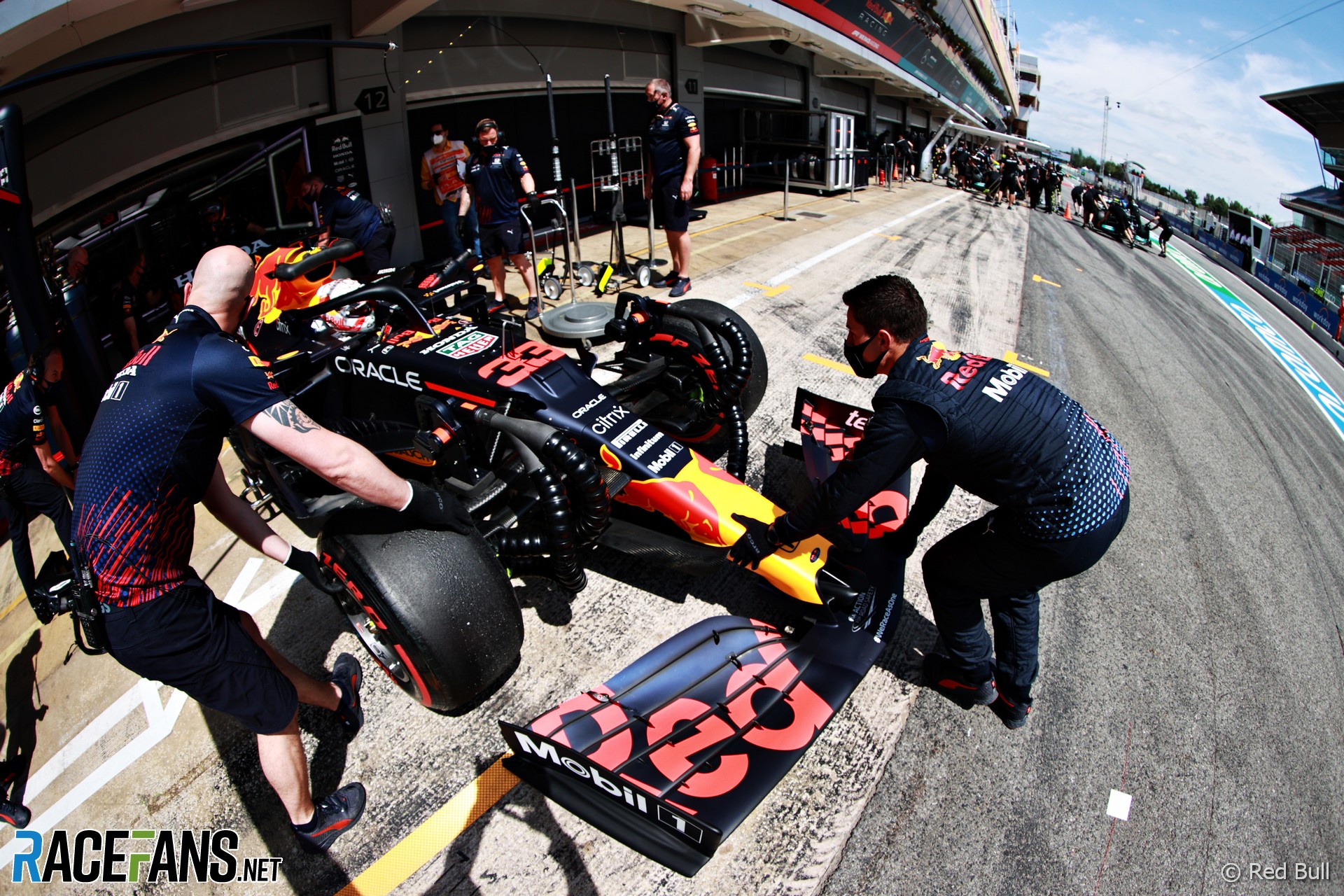 Having had three weekends to get used to Formula 1’s new, shorter Friday practice sessions, it seems teams are increasingly prioritising their long-run pace – even at a circuit like Circuit de Catalunya, where overtaking is difficult and qualifying well is therefore critical.

First practice for the Spanish Grand Prix saw almost every team avoid using the medium compound tyres, to save them for the afternoon session when conditions would be similar to those that would be raced in.

Once all three compounds had been run, teams discovered significant difference in lap times between them. “We have a delta between hard and medium that is quite big, as much as one second, maybe a bit more than one second,” explained Mario Isola, Pirelli’s head of F1. “Between medium and soft, we are talking about 0.7, 0.8.”

These are bigger gaps than was seen last weekend in Portugal, a much less demanding track for the rubber, where the C1, C2 and C3 compounds were also used. “We are talking about a complete difference here with a circuit with this the level of grip that is not comparable to what we had in Portimao,” Isola said.

Red Bull showed strong pace in first practice, with Max Verstappen splitting the Mercedes’ times on soft tyres. Significantly, that time stood as his best of the day.

Whatever their pace might have been in the second session remains unclear. Neither Verstappen nor Sergio Perez did a qualifying simulation lap and both seemed to be focused on tyre wear for the race.

On the radios, Verstappen was told to preserve his front-left tyre, which always takes a hammering at this track. More tellingly, Perez was advised at the end of the session that his pace looked ideal, given Mercedes’ race simulation laps, which settled at around the 1’23 mark.

Red Bull CEO Christian Horner suggested after the session that Mercedes are the team to beat. “Qualifying’s crucial,” he said. “It’s important that we’re close to Mercedes this weekend.”

“I think that it would be unbelievable if we could beat Mercedes at this kind of circuit,” he added. “We just need not to be conceding too many points at the moment, with an eye on the long game.”

This looks like the usual game of bluff and counter-bluff. Lewis Hamilton, after leading the session, certainly thought there was more time to find in the Mercedes’ laps.

McLaren may also have been concealing their pace in the afternoon session. Teams seemed to, generally, opt to focus on race pace runs rather than qualifying and it certainly appears that’s what the papaya cars were doing.

If so Daniel Ricciardo woes don’t appear to be over just yet, at least compared to his team mate: If Red Bull’s message to Perez about Mercedes lapping around 1’23 for a race lap was correct, then Norris was on their pace in his simulations this afternoon.

However, Ricciardo was more in the 1’24 window. Granted, he was testing new front wings and changing set-up elements on the car, but he indicated he needs much more of a step forward than what he found.

“I don’t think it was the aero package or anything, I think this morning I struggled just getting kind of comfortable or confident,” he explained. “So I was always a bit off and just chasing some rear grip, essentially. Kind of finding the car and not really having the confidence to push it.

“I think we addressed it this afternoon, I do think the car was better and we made a step. [But] clearly a step is not enough, we’ve got to make another one.”

After a tough weekend in Portugal, AlphaTauri looked in better shape. At least in the second practice session, where they finished sixth and seventh fastest, with Yuki Tsunoda close to Pierre Gasly’s pace. Although it’s reasonable to assume that Red Bull would have been ahead of them in any other circumstances, Gasly had not expected their car to suit this track and the two were separated by a considerable distance in the times during the first session.

Alpine are much more where they would be expected to be, especially given the changeable wind conditions of the second session. They showed strong pace under the gusty conditions of Portimao and seem to benefit from situations where other teams suffer instability. Fernando Alonso’s race runs in the afternoon session also looked to be on a good pace, suggesting they are not hitting above their weight on the low-fuel simulations.

Marcin Budkowski was optimistic after second practice, saying he felt a places Q3 were possible, “It’s going to be very, very close,” he said. “It’s always difficult to know what fuel loads people are running, what engine setting they are running on a Friday.

“But certainly last year we struggled here all weekend so we look better better than last year for sure and that’s already good news.”

Ferrari’s Friday seemed to start consistently, with both Carlos Sainz Jnr and Charles Leclerc placing themselves in the top six of first practice. However, it then seemed to become less consistent – an opportunistically-timed fast lap for Leclerc put him third fastest in the afternoon session, while Sainz did not seem to get a qualifying run in, placing him eighth. Mirroring the situation at close rivals McLaren, Sainz’s race runs were around 1’24, Leclerc’s 1’23.

At the back of the grid, Haas remain firmly behind Williams and with both drivers clearly struggling for pace. Their qualifying laps were in excess of 1’21 and their race runs over 1’27 per lap, indicating their rookie drivers can expect another lonely Sunday.