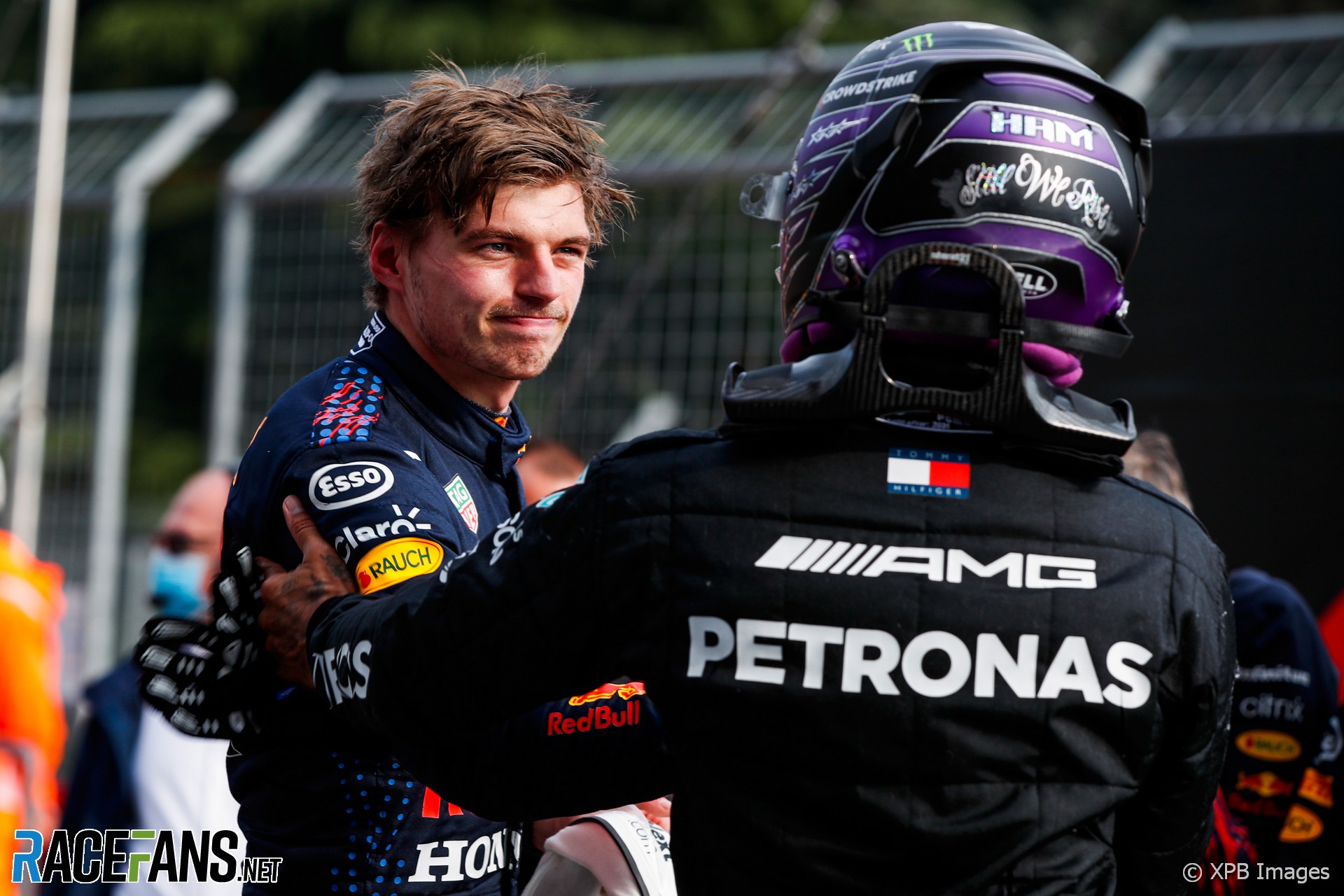 Lewis Hamilton believes Mercedes have profited from the mistakes of their rivals in the opening races of the season, and must keep improving their car to retain their championship titles.

However he wasn’t surprised to find himself leading the championship after the first three races, despite the problems the team encountered in pre-season testing.

“I wouldn’t say that it’s surprising because I know what my team is capable of when we when we put our minds to the job,” he said.

“Definitely the test didn’t look great. At the first race, obviously, we were still up there, but you could see the deficit from us to the Red Bulls.

“I think in terms of overall output through the weekend, we’ve managed to to do a better job. [But] we really can’t continue to rely on mistakes from the others.”

Having taken two wins and a second place from the opening races, Hamilton is satisfied with the job he’s done so far. “We’re just keeping our heads down and continuing to work away,” he said. “We’ve got a good package and it does have its weak areas and that’s what we’re working on.

“From my side, I’m really happy with the output so far. I think naturally you’re always trying to raise the bar and that’s something that’s very difficult to do and make as many as few mistakes as possible.

“But they’ve been there and I’m grateful for them because it just makes you stronger and you learn from those experiences. What’s crazy to think is this 20 more [races] to go – it’s a fricking long season.”

As well as reducing errors, Hamilton said car reliability will be a deciding factor in his championship fight with Max Verstappen.

“I definitely think our experience will help us in terms of how we approach weekends and how we battle back from difficult weekends. From my side, I would like to think that experience will help, but at the end of the day, you just have to do the job and minimal mistakes.

“Reliability is going to be a key player also this year. And so you’re seeing even these fastest lap extra points are going to be significant by the end of the year, too.”

Having faced little opposition from outside his own team on his way to last year’s championship, Hamilton is relishing the competition with Verstappen.

“Of course Max is more experienced now than than he ever has been and clearly incredibly hungry to win more races and to win this championship. And, you know, game on. That’s what we’re all here to do, is to race and to be fighting for wins.

“The battles that we’ve had just in these first few races have been amazing and I’m excited to to enjoy more of them.”

McLaren’s Lando Norris is an unexpected third in the championship going into this weekend’s race. Hamilton is pleased by his former team’s progress.

“It’s great to see a lot of other teams doing well,” he said. “It’s really great to see McLaren up there, of course, who gave me my break and to [then] see them go through such a difficult period of time.

“I always look when I’m in the garage, I’m always trying to see where they are because that’s obviously old family to me. So it’s great to see them coming back up and starting to show some real speed. The more, the merrier.”

72 comments on “Hamilton: We can’t keep relying on mistakes of others in title fight”