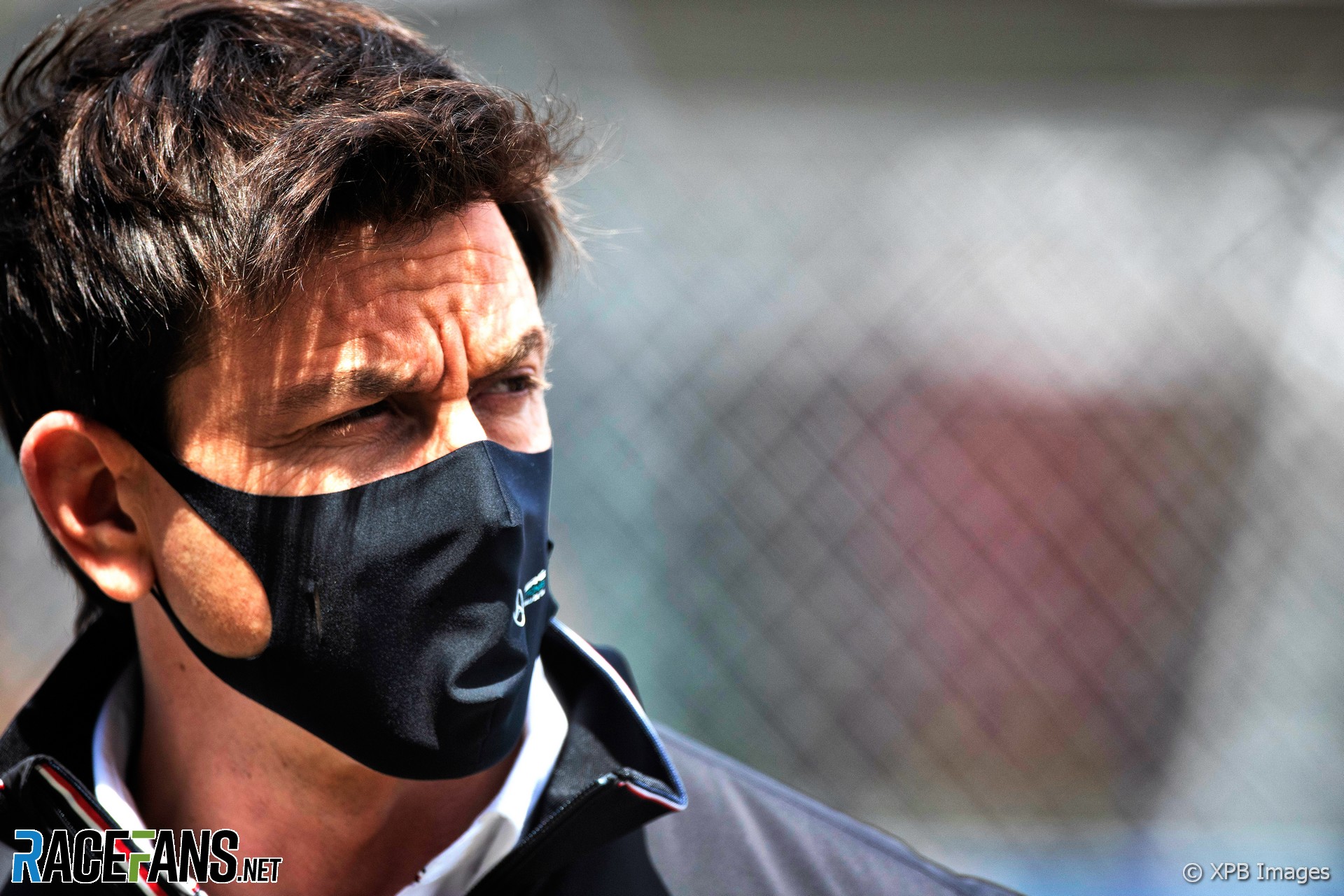 Red Bull Powertrains has been set up at their base in Milton Keynes to run the team’s Honda power units after the manufacturer leaves the sport at the end of the year.

Yesterday Red Bull confirmed five engineers with Mercedes experience, most of which had been permanent staff, had joined their Powertrains division. They will join Mercedes’ head of mechanical engineering Ben Hodgkinson, who Red Bull confirmed as the project’s technical director last month.

But Wolff said only a small number of the staff approached by Red Bull had joined the team.

“It’s pretty obvious that if you want to set up an engine factory in the UK, there’s only one and that’s us,” he told Sky. “We have 900 or so employees there. And if you’re fishing out 15 of these or so, that’s that’s pretty normal.

“But they went mainly after manufacturing staff so it’s not really [for] performance. I guess they want to build up the company. But credit to the project, it’s a Mount Everest to climb and I’d like to have a fight with Red Bull power units.”

Wolff did not deny he offered to double the salaries of his staff in order to encourage them to stay, as claimed by Red Bull motorsport Helmut Marko. But he suggested Red Bull’s offers may have gone beyond that.

“Doubling the salaries is one thing but if you triple them, at a certain stage, you’re not going to compete anymore, even for loyal people.

“But it is what it is. I respect everybody that wants to defend his business or build their business and retaliation time has not yet come.”