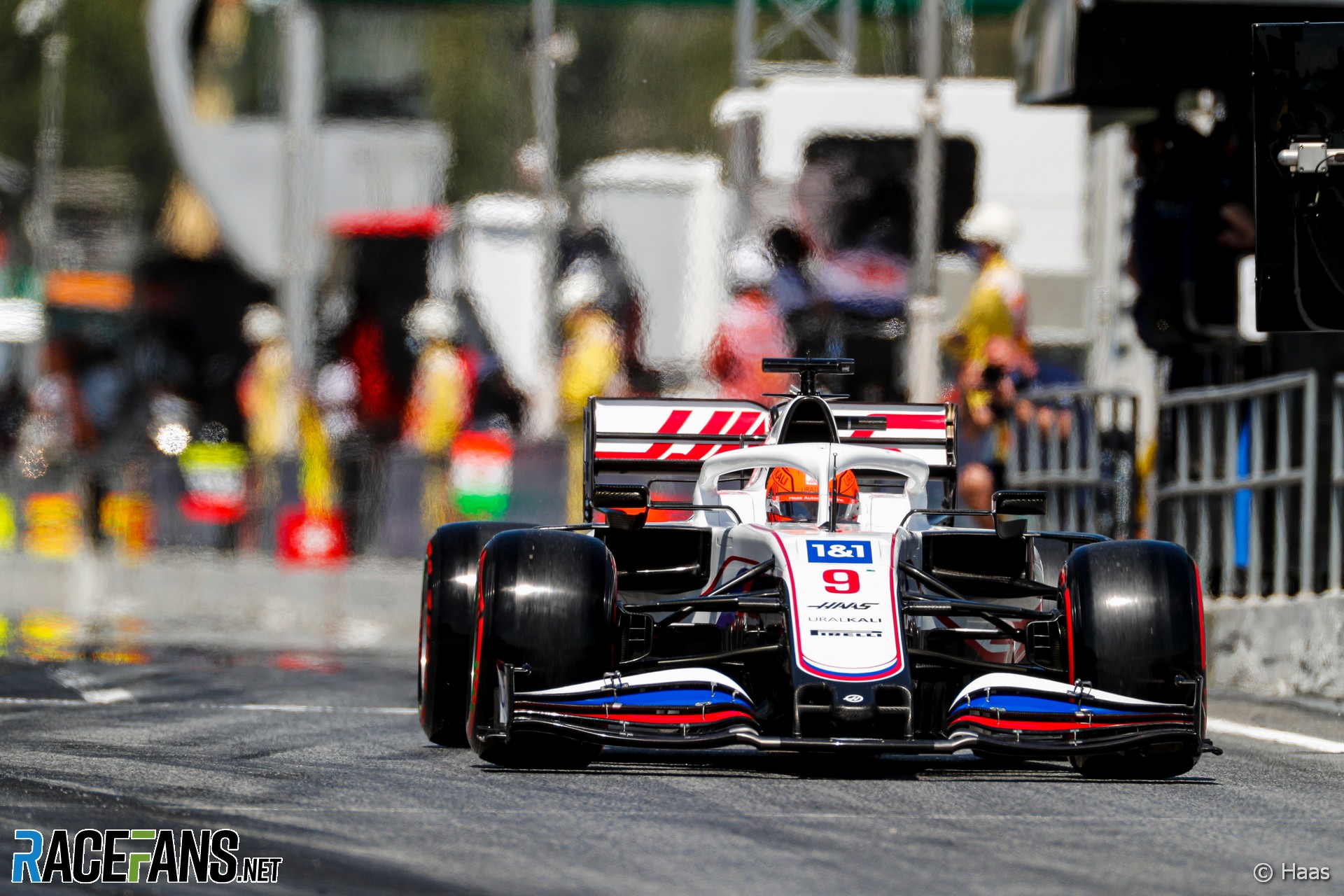 Nikita Mazepin has been given a three-place grid drop for the Spanish Grand Prix for impeding Lando Norris in qualifying.

However the penalty will have no effect on Mazepin’s starting position, as he qualified last.

The Haas driver was also given a penalty point on his licence. It is the second he has received in six days, after he was penalised for holding up race leader Sergio Perez during the Portuguese Grand Prix.

The stewards ruled Mazepin delayed Norris in the chicane at the end of the lap. While acknowledging that the tight sequence leaves drivers little room to allow rivals to pass them, they noted Mazepin could have done more to avoid holding up the McLaren driver.

“During the qualifying one session, Mazepin was setting up for a fast lap,” the stewards determined. “As he approached turns 10 and 11 Mazepin was informed that Norris was closing on a fast lap behind him and was informed of the closing gap all the way through to the incident.

“Mazepin then slowed to maintain the gap to [Mick] Schumacher ahead of him with both setting up for their fast laps. Between turn 13 and 14, [Kimi] Raikkonen and [Yuki] Tsunoda, who were coming into the pits, jumped ahead of Mazepin.

“Both cars had also been informed of the fast closing Norris, and it is clear that they did this to get out of Norris’ way. However, this created a difficult situation for Mazepin.

“The stewards determined that having been clearly informed of Norris’ whereabouts, Mazepin’s decision to pull out and re-pass Raikkonen and Tsunoda clearly impeded Norris, who lost significant time.

“The Stewards recognise that this sequence of corners creates a special challenge to the drivers in qualifying and that Mazepin was faced with a difficult situation. This was also pointed out by Norris in the hearing. However, had Mazepin waited for Norris to pass, he could have pulled out and followed Norris and the stewards determined this opportunity was available to him without significantly compromising his next lap.

“The stewards therefore order the usual penalty for ‘unnecessary impeding’ of a three grid place drop and a single penalty point.”