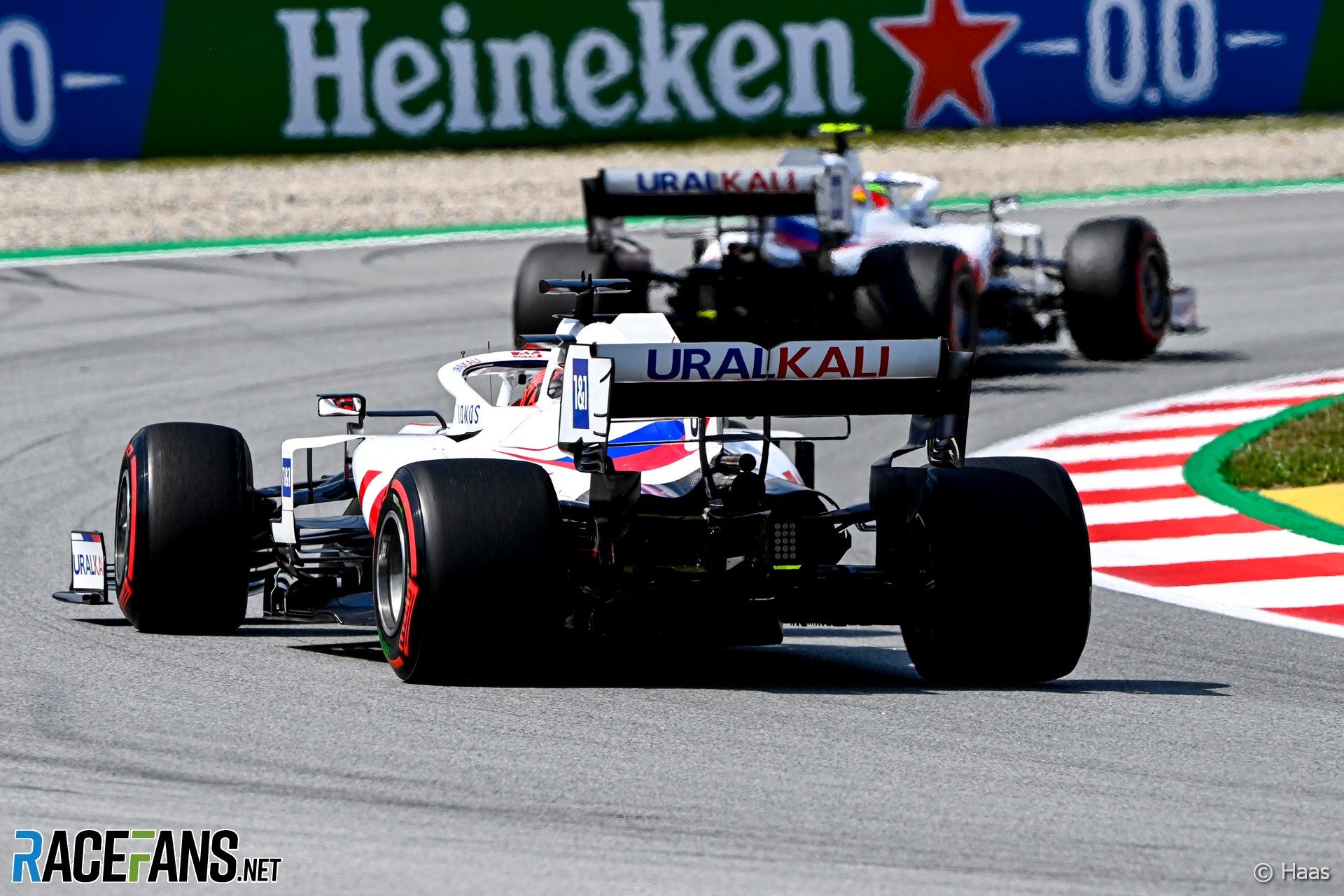 Haas team principal Guenther Steiner says Nikita Mazepin is struggling with their car more than his fellow rookie Mick Schumacher as he is unhappy with its rear-end stability.

Since Mazepin crashed out of the first lap of the opening round, Schumacher has comfortably finished ahead of his team mate in the two races since. Mazepin has also had several spins in practice, including one yesterday soon after the first session began.

Steiner said the team “just need to try to get him a better balance” with his VF-21 chassis, which he admits has “deficiencies”.

“The car is very unstable in turn-in,” Steiner explained, “and I guess Mick maybe can manage that one better and Nikita struggles a little bit more, because he wants the rear end, just to be confident that it sticks.

“So it’s one of the things where we need to try to get Nikita into a better spot, that he feels more confident. Because if he has no confidence in his cars, it’s very difficult to drive then, because the speeds you are going, it is not easy, so that is what [we] are trying to do.”

Mazepin said he has learned a lot from the running he has been able to do so far this year and has made progress.

“Being rookies, I guess you improve so much every weekend that you’re going to continue improving the same amount, if not more, from round three until round 23,” he said. “Every driver is finding his routes with the wind and the conditions changing all the time and I’m no different.”

Gusting winds at the Autodromo do Algarve last weekend made it harder to get a read on what the car was doing, Mazepin said.

“The conditions in Friday and Saturday kept changing for us and it was very difficult to really put a nail on what’s happening with the car and the set-up and exactly what I like and what I don’t.

“Friday was a very difficult day for me. Then Saturday I took a step forward in the set-up and in the understanding of the team, how they see the car should be performing at its finest. And then Sunday it was a very long, lonely race as well.

“But it was great to get those laps in because the conditions kept changing and the tyres’ temperatures kept varying. And I think I learnt a lot about how to manage the tires over a long stint.”

14 comments on “Mazepin struggling more than Schumacher with car – Steiner”