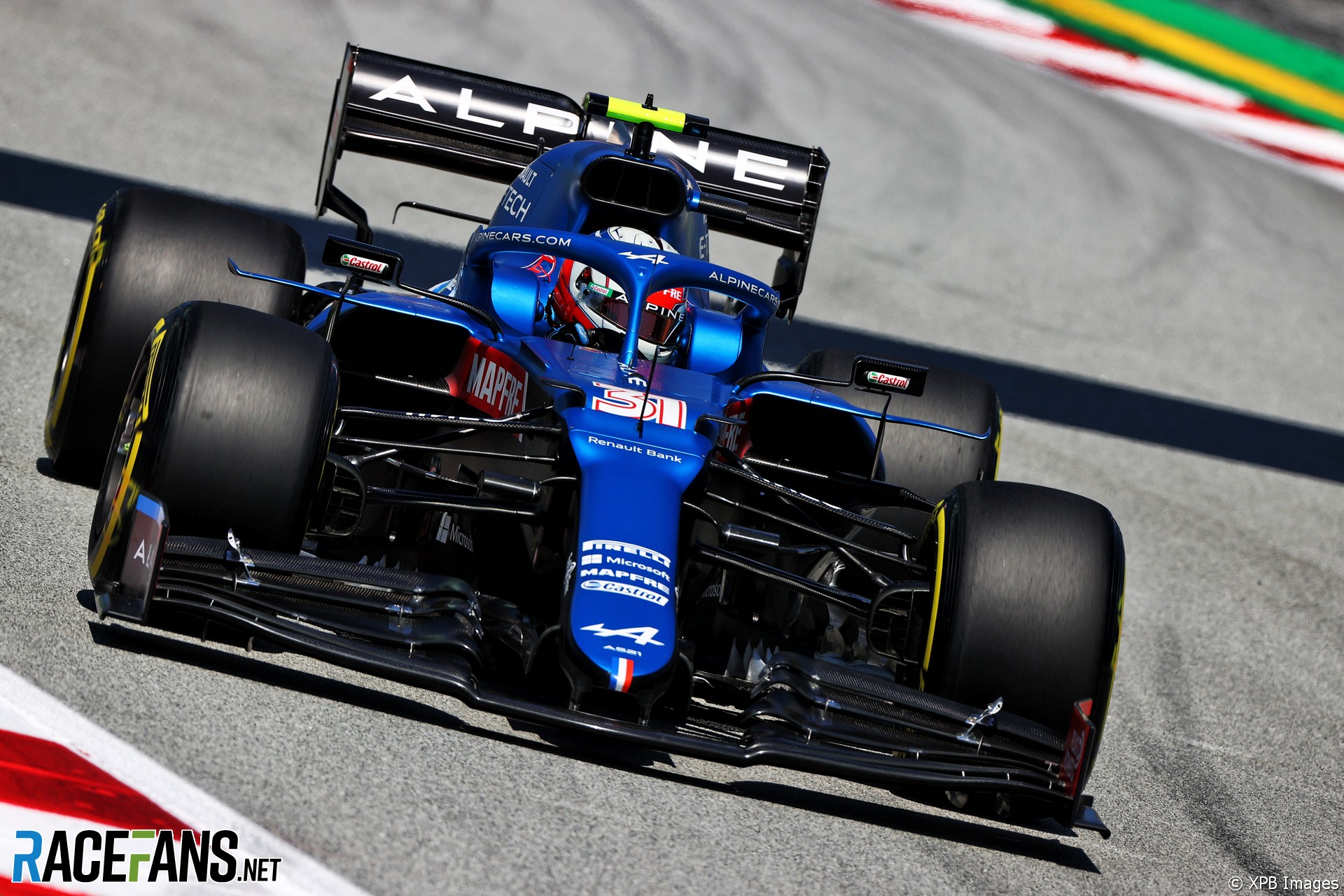 Esteban Ocon was pleased to qualify fifth for the Spanish Grand Prix but said he would be starting one place higher if he hadn’t suffered a misfire on his final lap.

The Alpine driver set a 1’17.580 on his first lap in Q3, which ultimately proved good enough for fifth on the grid. Ocon said he was on course to better that time when he suffered a problem with his car.

“We can’t complain with a P5 but I think today P4 was possible.”

Ocon reported a misfire and drive-ability problems with his Renault power unit to his team following his final lap in qualifying.

Nonetheless he was encouraged to take his best starting position of the season so far by out-qualifying both McLarens and splitting the Ferrari drivers. “It is the confirmation that we wanted coming here,” said Ocon.

“We had a tough weekend, obviously, last year. Coming from Portimao where the car was working relatively well last week, it’s also a unique track, the grip being quite low and the tyres has been a bit different to the rest of the year. Coming here into Barcelona, everyone knows the track very well and all the teams are quick.

“So we kept going, we kept finding a little few things on the car all the way through those two days, Friday and Saturday. And we’re very pleased that we have the confirmation that it is working like we want and we have the pace to be in the top five today.

“So a great job by everybody in Viry and Enstone to keep digging, keep on searching. And today it’s been paying off again like Portimao but even better, I would say.”

Ocon’s team mate Fernando Alonso, who only had one new set of soft tyres available for Q3, qualified 10th after his preparation for his final lap was disrupted by traffic.

“I didn’t put the lap in Q3,” he said. “I had only one new set of tyres and the last run was compromised by the traffic and everyone going at the last minute.

“Daniel Ricciardo and myself, we were the last two cars. I had to stop in the last corner because there was five cars in front and I think I crossed the line with one second and Daniel didn’t make it. So that’s how messy it was.”