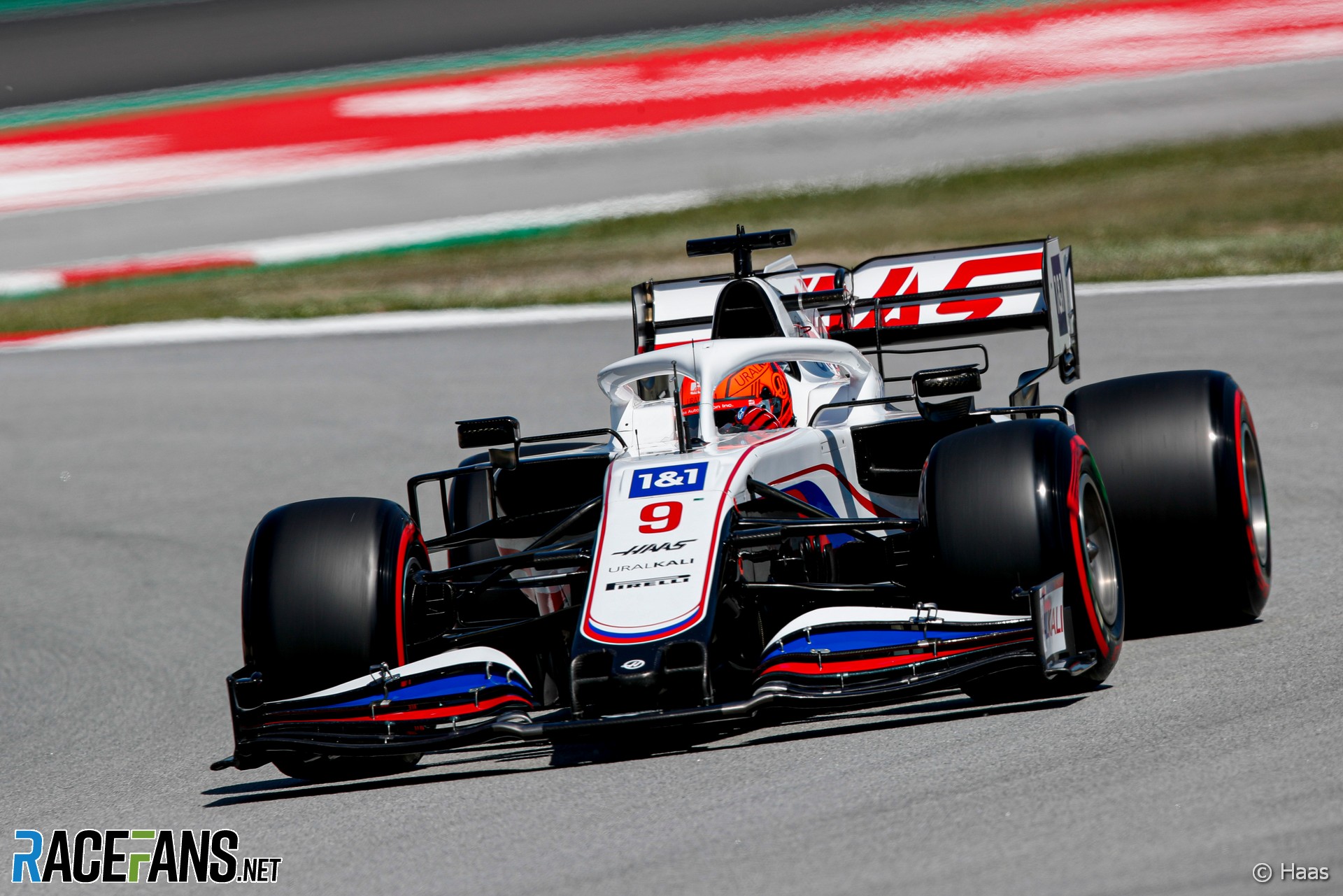 The Haas driver was given a three-place penalty for holding up Norris in Q1. However the stewards acknowledged Mazepin has been placed in a “difficult situation” because two other drivers, Kimi Raikkonen and Yuki Tsunoda, overtook him shortly before the end of the lap.

Mazepin pointed out he had been told an arrangement existed between drivers not to pass each other before the final corner at the start of qualifying laps for this reason.

“If I’m not mistaken somebody asked about the drivers’ gentlemen agreement into the last corner in Bahrain,” said Mazepin. “I think [this] was a very prime example of that not working in Formula 1.

“I was really trying to obey it as I was ever since I took note of it. It’s very difficult when two cars overtake you going into a last corner which is very slow and tight, where a length of a car, which is [five]-and-a-half metres, you just cannot put a third car there and especially if the fourth car is arriving at full speed.

“So I didn’t feel that boxing up behind was an option because that would have left my rear end on the racing line. The only option was to go, which I did. Unfortunately it’s just all these things coming together.

“I’m not upset about it because there’s really not much I could have done apart from disappear which unfortunately I’m not able to do.”

Mazepin’s on-track conduct continues to draw disapproving comments from rival drivers, notably Charles Leclerc this weekend. Asked whether he had taken any notice of them Mazepin said he had not heard them at the time or afterwards.

“My radio’s connected to my team so no such comments are coming into my ears,” he answered. “And I’m not a very big social media fan so I’m not entirely sure which ones you are referring to.”