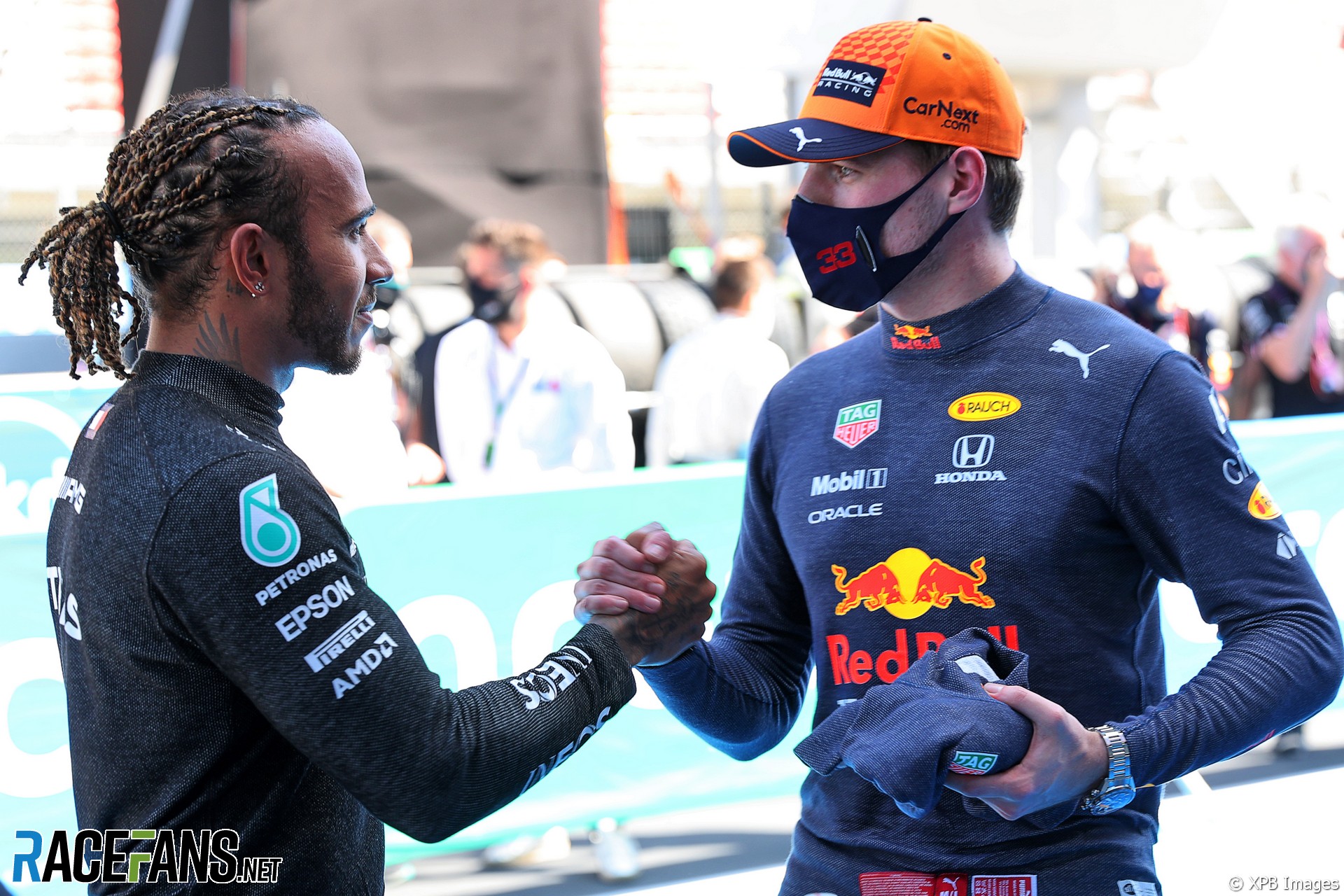 Max Verstappen says securing second on the grid for tomorrow’s Spanish Grand Prix was a “very good” result for Red Bull, given the strength of the Mercedes around the Circuit de Catalunya.

Lewis Hamilton beat Verstappen to pole position by just 0.036s. However the Red Bull driver narrowly beat Valtteri Bottas to split the Mercedes pair and secure a place on the front row of the grid.

“I think second for us here on this track was very good today,” said Verstappen. “We know that they’re hard to beat around here, but to be that close, I can be happy with that.”

Despite missing out from pole by such a narrow margin, Verstappen says he was satisfied with his efforts in qualifying.

“I struggled a little bit in Q1, but I think then we sorted out the balance for Q2, which was pretty good,” explains Verstappen.

“Q3, for me, both laps were pretty decent. I think only the second one was a little bit worse for whatever reason. It’s quite gusty around here. So the wind changes a lot.”

Verstappen believes he has the performance to stay in the hunt for victory in tomorrow’s race, but said managing the tyres through the track’s many long, high-speed corners will be critical.

“It’s a long run to turn one, but of course, first you have to make sure to have a good start,” he said. “And it seems like the pace is there. So of course I hope that we can have a good race as well.

“Around here, with all the fast corners and tyres overheating, tyre management is very important. So we have to make sure that we are on top of that tomorrow.”