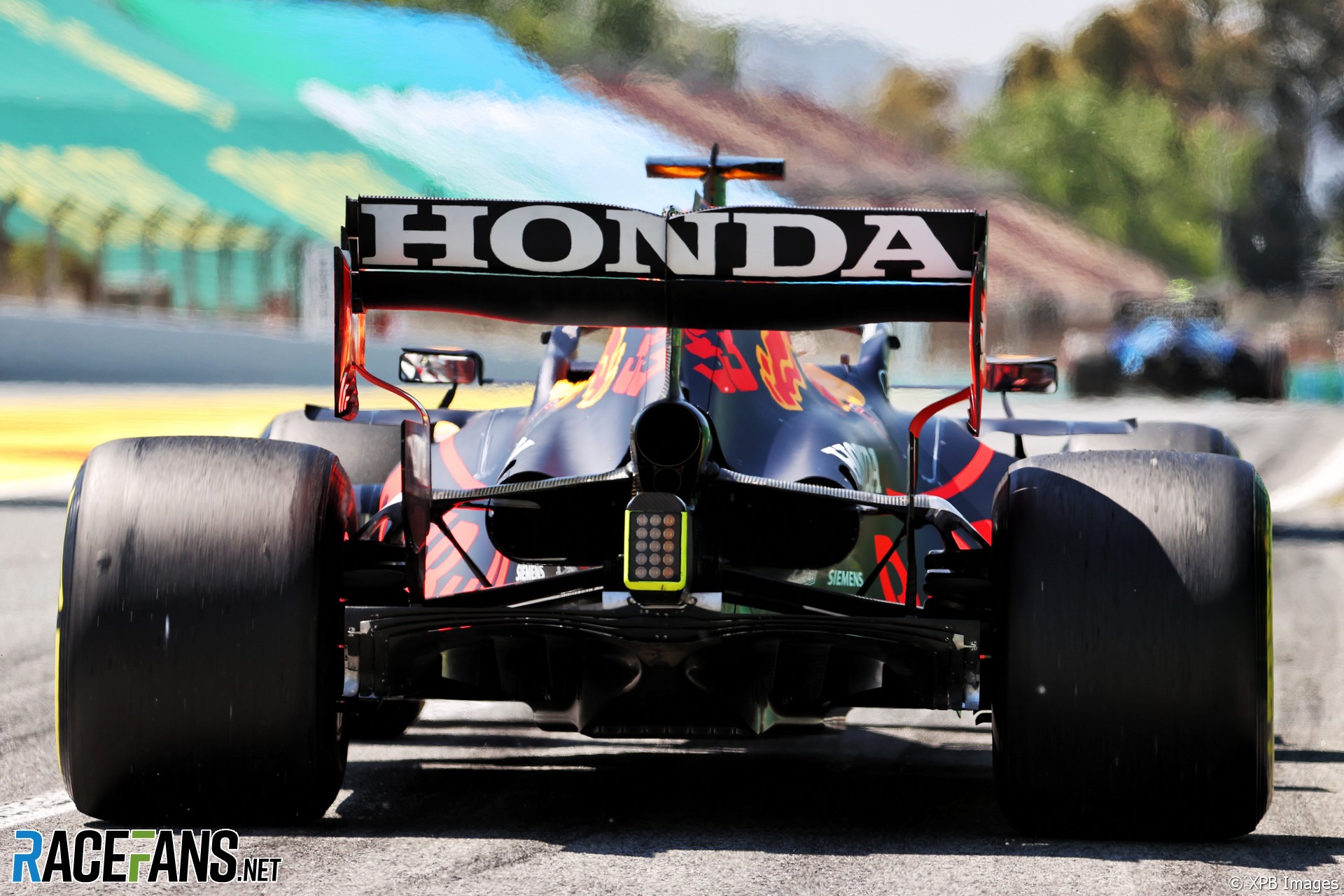 Footage of the car’s rear wing at the Circuit de Catalunya indicated it was moving slightly at high speed. Lewis Hamilton commented on the “bendy” wing after qualifying.

Teams have used flexible wings in the past to improve their car’s straight-line performance. However cars are subjected to stringent FIA tests to ensure the stiffness of their bodywork. Horner said the sport’s governing body is completely satisfied it is compliant.

“Of course the car’s scrutineered thoroughly and there’s pull back tests, there’s all kinds of different tests it has to pass,” he said. “The FIA are completely happy with the car, it’s passed all of those tests that are pretty stringent.”

Horner said he was “surprised” by Hamilton’s comments on the rear wing, and suggested Mercedes team CEO Toto Wolff had drawn his attention to the wing.

“It’s something that Toto has mentioned to me previously. I doubt it was Lewis’s opinion, it probably came from elsewhere.”

Red Bull led much of the Spanish Grand Prix but lost victory to Mercedes for the third time in four races this year. Horner said they intend to keep up their development push in order to remain competitive in the title fight.

“Mercedes didn’t show their true potential at the [pre-season] test. From Bahrain, they’ve been right there, particularly on race pace.

“So of course, it is going to be about developing and developing efficiently, developing within the constraints of obviously designing a new car for next year as well, so that poses its own challenge.

“Of course, a 23-race calendar is a marathon season. We need to make sure that we’re there for the second half so that that’s been generally where we’ve been stronger.”