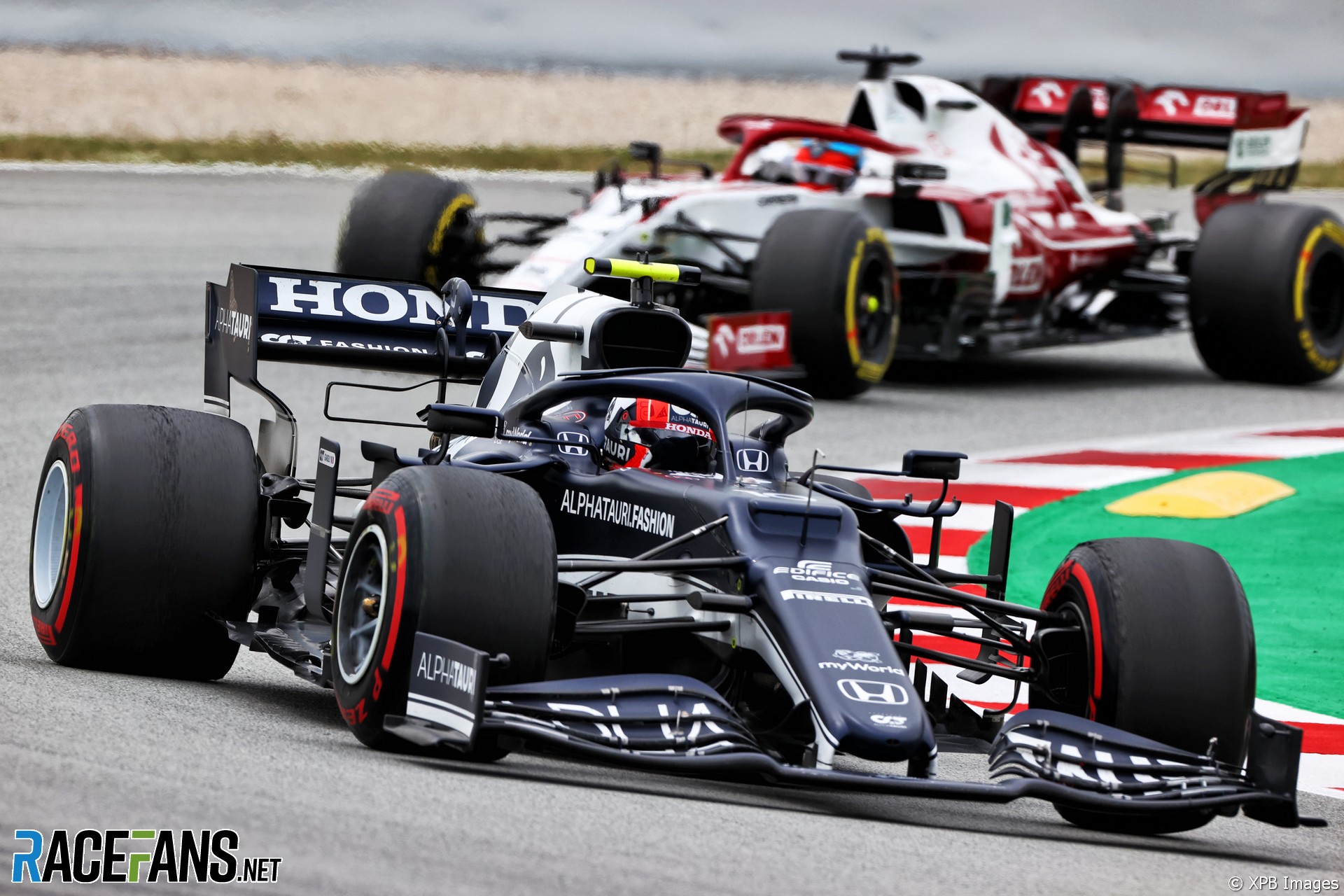 Pierre Gasly has been given a penalty point on his licence for failing to line up on the starting grid correctly ahead of the Spanish Grand Prix.

His onboard camera showed Gasly was in front of the grid hatchings when he started the race from 12th place.

The AlphaTauri driver was given a five-second time penalty for the infringement during the race. He recovered to take the final point for tenth place.

He apologised to his team on the radio after taking the chequered flag. “I’m sorry for the penalty,” said Gasly. “I thought I was fine but that’s very silly.”

Gasly’s penalty point is his first of the current 12-month period.

He said he had “mixed feelings” about the race. “I think in the race I made a good recovery but we’re really lacking pace compared to the first two rounds, which is frustrating.

“I’m upset with myself for making the mistake on the grid, it’s a very silly penalty to get and it made my life harder. That being said, I had some good battles in the race and managed to pass a few cars to make it into 10th place.

“The car definitely has potential, we just haven’t made it work consistently in all corners around the lap yet. We’re going to work hard now ahead of Monaco and I trust in the team to make some steps forward in the next few races.”