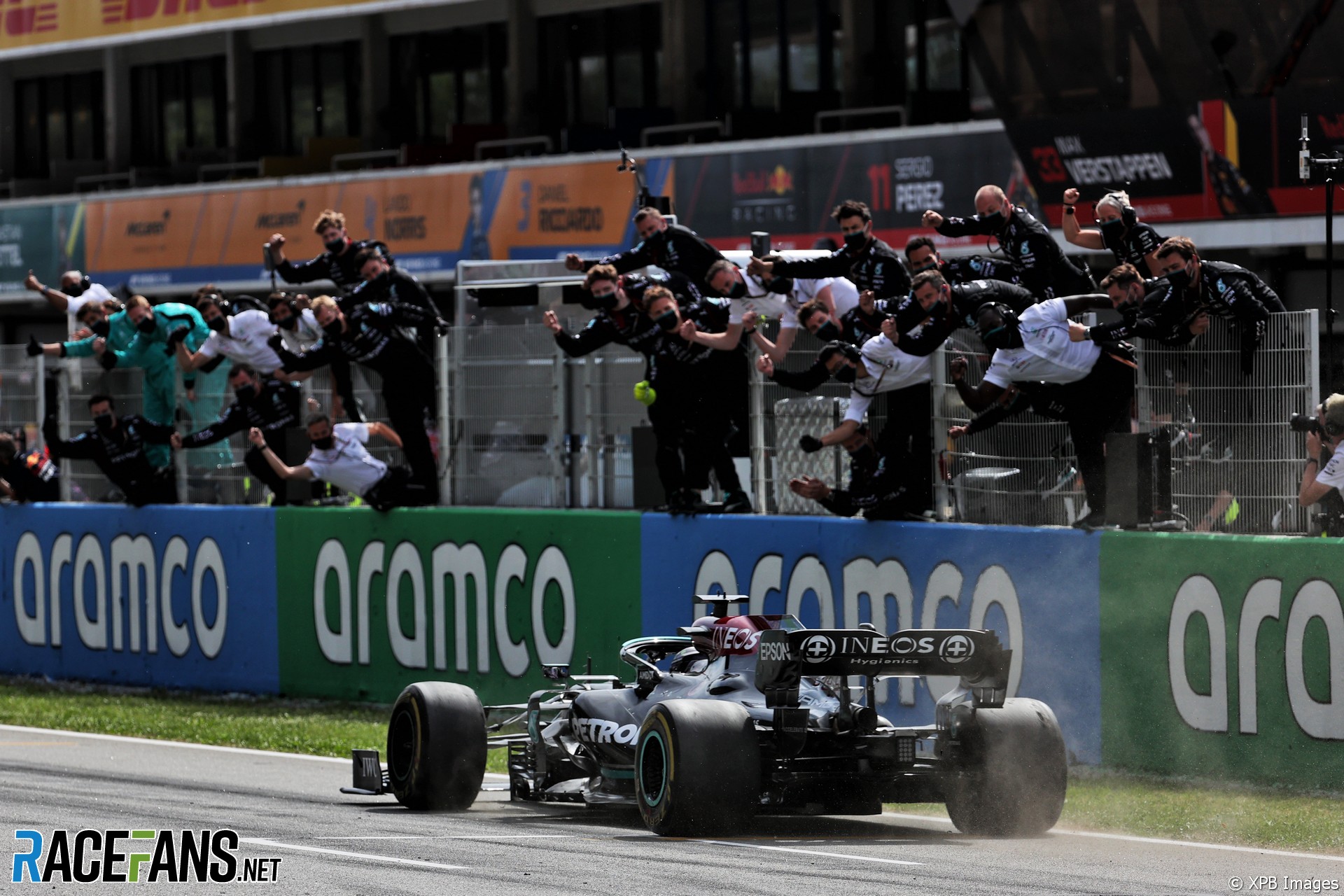 Lewis Hamilton admits he was ‘conflicted’ about his Mercedes team’s call to bring him in for a second stop that ultimately proved the winning strategy.

Mercedes called Hamilton in for a second set of mediums on lap 42, dropping to over 22 seconds behind Max Verstappen in the lead of the race.

But Hamilton was able to use the fresh tyres to his advantage, steadily catching the Red Bull before passing Verstappen with seven laps remaining. Hamilton admits that he was unsure whether he should obey the call to pit when he first received the instruction to box.

“I was about to have a shot at getting past him before I pitted right at the end,” Hamilton says.

“I was really conflicted, like ‘do I come in or do I ignore the call and stay out?’ Obviously I did what the team asked and naturally that’s because there’s a great trust between us, but it’s a remarkable job by everyone in this team through and through.”

Hamilton says that he had doubts his tyre performance would hold up until the end of the race, given how much he was having to push to close the gap to Verstappen.

“I was so close for so long and I didn’t think in doing that, I was going to be able to make the tyres last,” Hamilton explains. “But I just managed to just keep them in somehow. It was a long way to come back from 20-odd seconds back. But it was a good gamble, really great strategy by the team.”

Mercedes, Hamilton explained, had deliberately planned to keep an extra set of medium tyres available in case they chose to switch to a two stop strategy during the race.

“It had been the plan all weekend for us to make sure we had two mediums to be able to do a two stop. Even though a one stop potentially looked better, I know from experience here that a one stop is very, very hard to pull off. And as soon as we had the pace that we had, I knew, as soon as I could get past him if I could.”