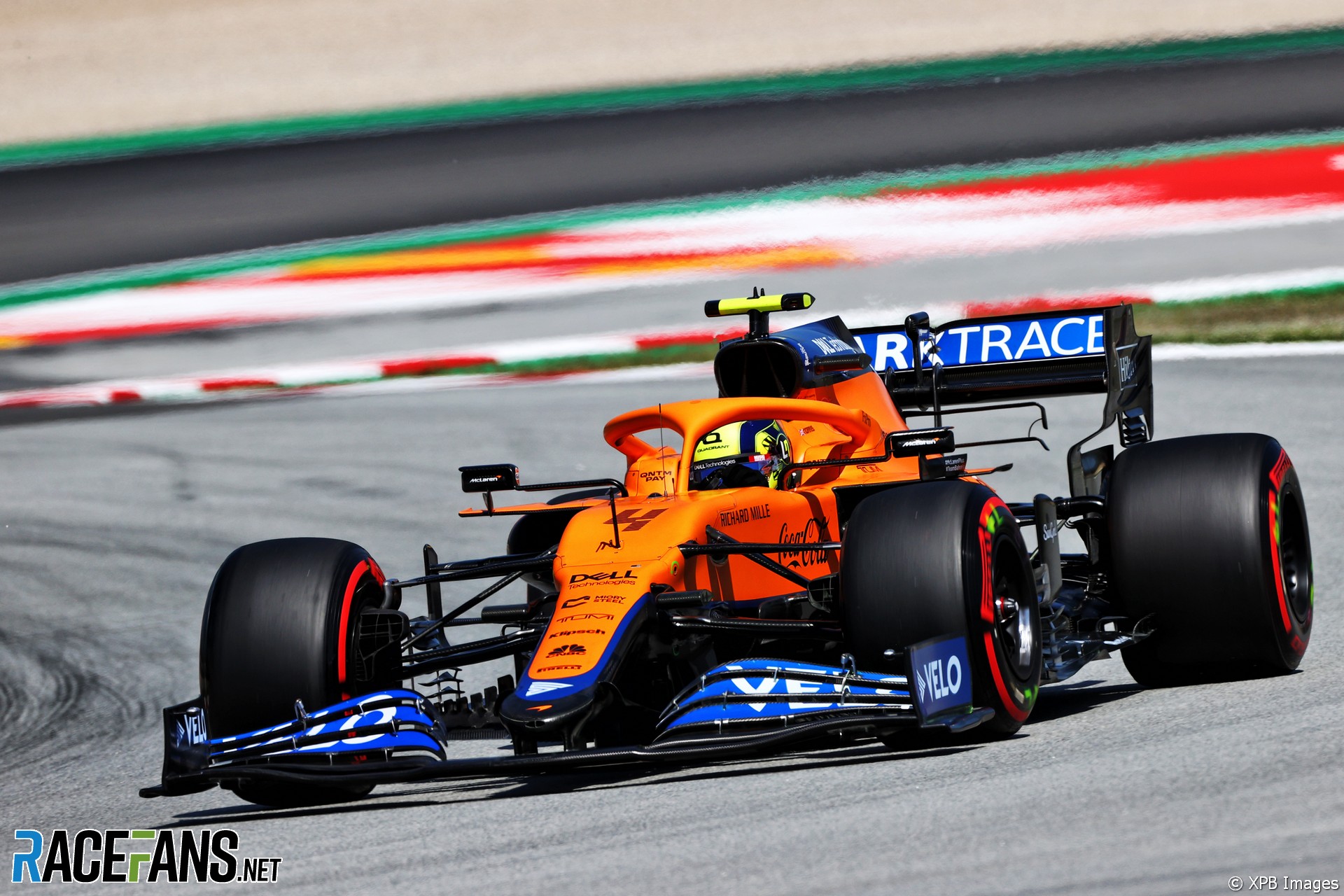 In the round-up: Lando Norris does not anticipate he will be able to come close to matching Lewis Hamilton’s record of 100 career pole positions after starting his career, like Hamilton, at McLaren.

Lando Norris says it’s unlikely he’ll equal Lewis Hamilton’s feat of scoring 100 pole positions. Both drivers began their F1 careers at McLaren, but as Norris pointed out, the team were in more competitive shape when Hamilton debuted for them 14 years ago.

“It’s incredibly impressive to see he’s achieved,” said Norris. “I kind of look to maybe one day achieving such a thing. I guess we’re in a slightly different position to when he started his career in Formula 1 so I’m not fussed if I never do.

“But I think looking up to something like that and seeing what’s possible in Formula 1 and just what an incredible driver he is. It’s pretty cool to go racing with him every now and then and get to race him on track. So congrats to him and I’m sure there’s many more this year that he’s going to be able to get soon.”

After narrowly missing out on reaching Q3, Sebastian Vettel believes that Aston Martin have the performance to reach the final stage in qualifying after receiving the upgrades that team mate Lance Stroll enjoyed last weekend.

“Well, it’s a bit better,” says Vettel, “but as you saw, it wasn’t much missing today. We just found ourselves on the wrong side. Unfortunately, the last set of tyres, I need to understand why, but I struggled to get them up to temperature to start the lap and lost a bit there. So obviously it’s close, where we are. The small things, the small gaps, make a big difference.”

Vettel will line up 13th on the grid for today’s race, with team mate Lance Stroll 11th.

Schumacher confident Haas can fight for Q2 in 2021

Despite Haas having already turned their attention to 2022 with no upgrades to this year’s car planned, Mick Schumacher believes the team still have the potential to earn appearances in Q2 in 2021.

“It is a totally realistic goal,” says Schumacher. “Obviously, I’d be unhappy if that wasn’t the case this year. We’re still pushing hard for it. Obviously, there will be tracks that maybe come more our way. We were quite close to Kimi [Raikkonen] looking in hindsight. So I think we can be very happy and hopeful for hopefully a Q2 in well the next whatever eighteen races.”

100 pole positions for @LewisHamilton is a powerful figure which rams home his mastery of the single flying lap.

There's a simple purity to statistics like these which will be lost once Qualifying Sprint races arrive.#F1 #SpanishGP

100 POLES! I can’t even begin to describe how this feels. I can’t thank the team and everyone back at the factory enough for everything they’ve done to help us secure this incredible milestone. I feel so humbled and very grateful. This feels like my first win all over again 🙌🏾💯 pic.twitter.com/KkCgShdhq2

Gilles remembered by his crew (Ferrari)

"To remember Gilles, Ferrari invited three of his crew from back then, Anselmo Menabue, Luciano Prandini and Umberto Benassi, to talk about their memories of Villeneuve in the special setting of the Sala delle Vittorie in the Ferrari Museum at Maranello."

Following yet another controversy involving Nikita Mazepin, which saw the Haas rookie handed a three-place grid penalty for impeding Lando Norris in qualifying, @stefmeister points the finger not at Mazepin or the other drivers involved, but something else entirely…

Not really sure that justified a penalty to be honest.

Seemed like there were three to four cars holding each other up at that point and Mazepin just happened to be at the back of that queue about to start a lap when Norris turned up and I’m not really sure where he could have gone to get out of the way other than use the old circuit which would have resulted in the following hot lap being deleted anyway.

I also in general think they need to do something with the tyres as the main reason we see so much of this in sector three at various circuits now is because of how much preparation and nursing the tyres require now on the out lap. It just feels like the past few years it’s gotten significantly worse and we are seeing this queuing up in sector three way more often than we used to.
@Stefmeister