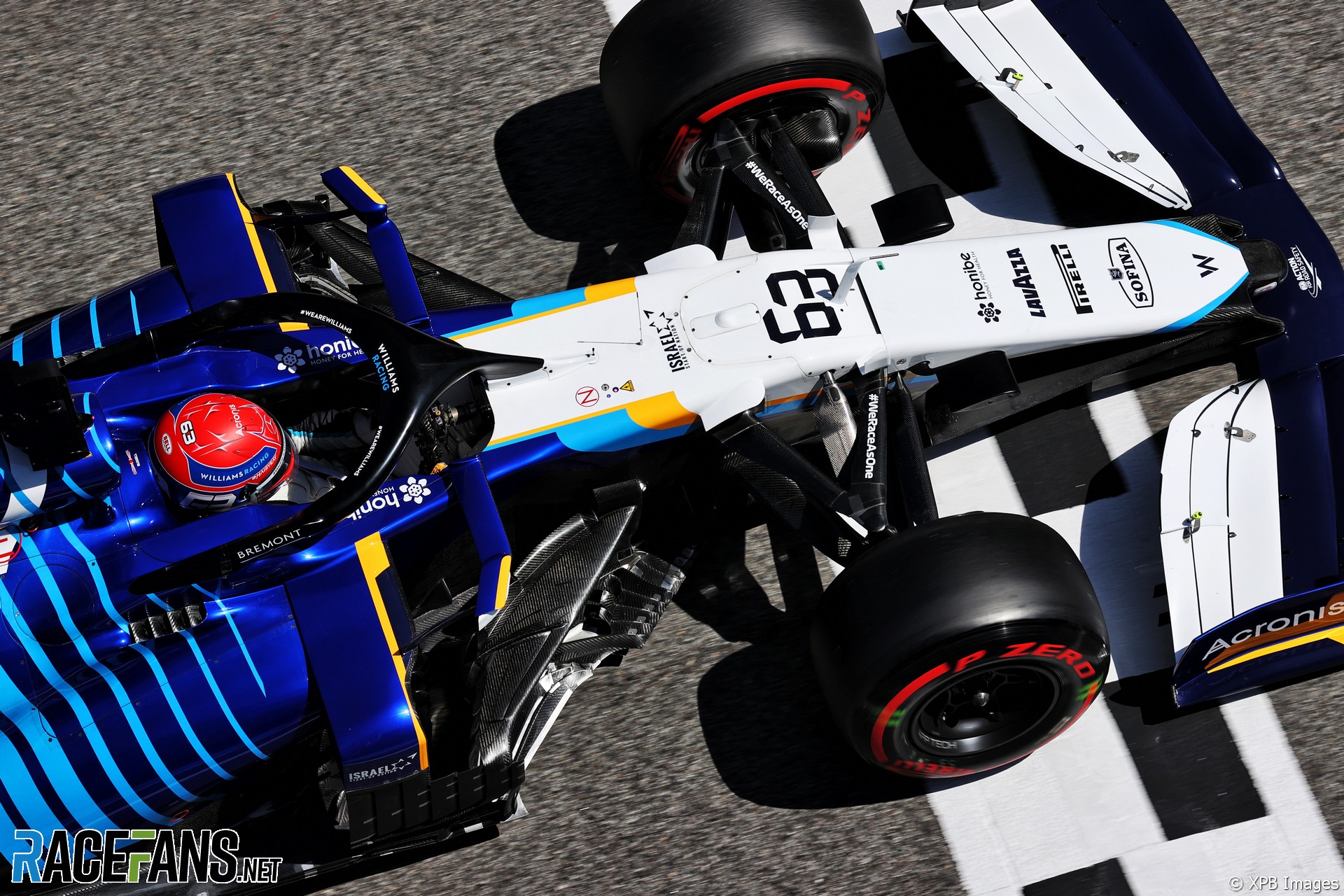 George Russell says Williams has not been given the opportunity to show theircar’s pace due to the weather conditions so far this year.

The Williams driver will start today’s race from 15th on the grid. At the last round he lined up 11th, but fell to 16th at the finish. Russell revealed the team had discovered a minor problem with his car.

“We did find there was a small issue in the rear of the car, which definitely did not help things on Sunday.

“But I think we are fighting for this eighth and ninth position in the constructors, that’s roughly where the pace of the car is. I think it is worth remembering that we were the eighth-quickest car on Saturday, even though we qualified 11th. There was a lot of very fast drivers who were behind us.

“That doesn’t take anything away from a very difficult Sunday in very tricky conditions and we still need to work on improving that. But it must be remembered that there was Ricciardo, Alonso, Stroll who are often fighting for that Q3 spot well behind us, out in Q1 and Q2.”

Both he and Nicholas Latifi have found the car difficult to drive “We need to keep on improving,” said Russell. “We need to make a more drive-able car, less sensitive, so Nicholas and I can really push it to its limits, because that was very difficult in the race on Sunday.”

He believes the team is doing a particularly good job of optimising its car for qualifying. “I think as a team we do a great job at optimising it, to be honest. I think, as we just touched on, there were a few people who didn’t optimise their packages.

“We were still only the eighth-fastest car and team in qualifying, but that translated to P11 on the grid. So we just do a really good job at maximising the tyres, maximising the traffic management and the lap, which is really important.”

Other teams who might find it harder to maximise their car over one lap tend to gain ground in the races, Russell explained. “When you get into Sunday’s race and you have 60-odd laps to get into the rhythm or feel at one with the car, I think the true pace of everybody’s package comes out. But we need to continue on these positives from from Saturday and try and implement them more onto Sunday.”

Williams’ FW43B is also highly sensitive to wind. Russell said the more stable conditions at the Emilia-Romagna Grand Prix – where he was running inside the top 10 when he collided with Valtteri Bottas – showed what the Williams is capable of.

“I think Imola was a great example of where the car was working very well in qualifying and in the race. We were in 10th position, chasing the Mercedes and going for an overtake for P9 on pure pace and pure merit.

“We have had two out of three races now where it has been quite gusty, unnaturally gusty and windy and I guess we need to get fortunate. But it is in racing and in life, you make your own luck. So we need to to see how we get on and still give it a few more races to get a true baseline of where we think realistically we can fizzle out this season.”