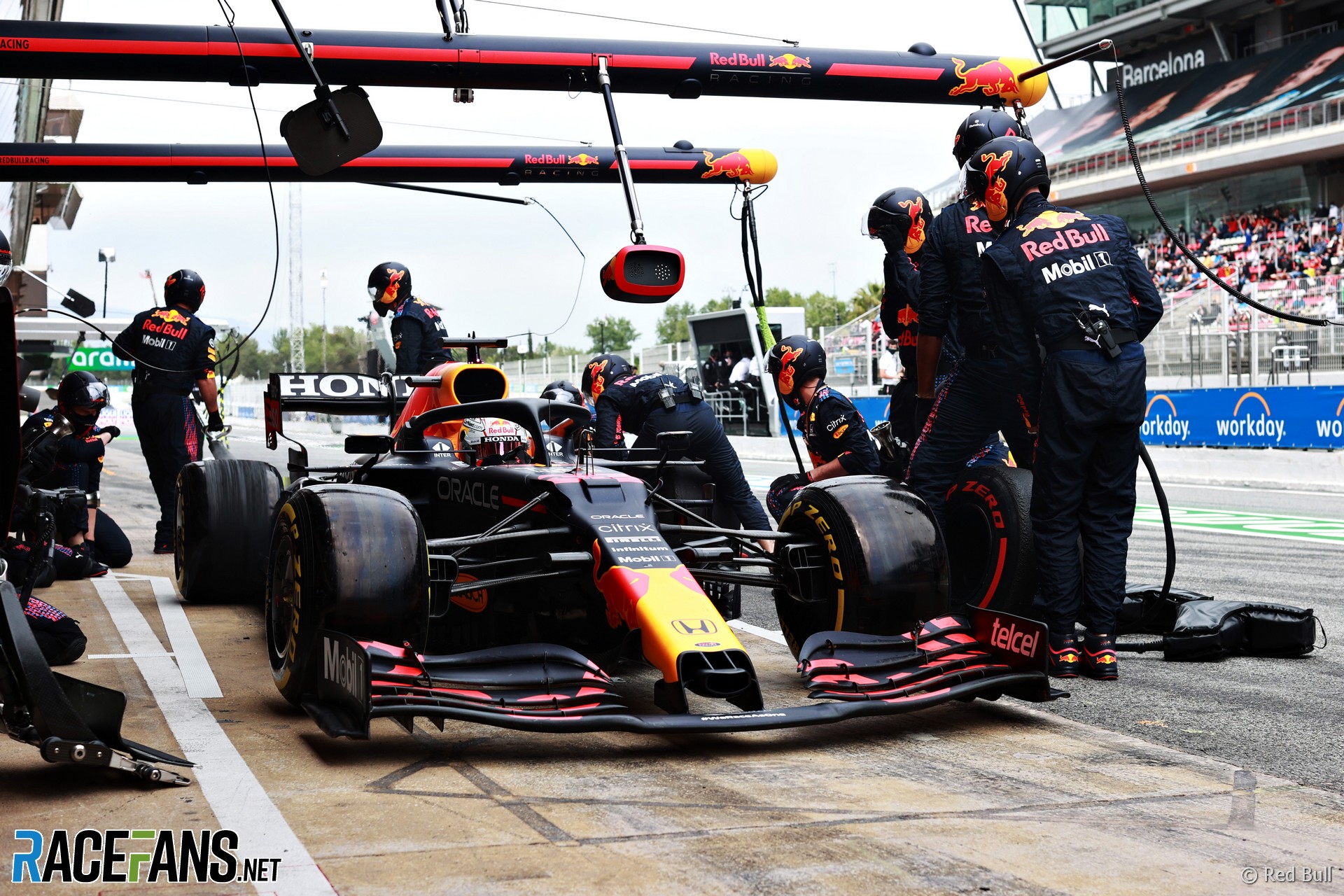 Red Bull were surprised by Max Verstappen’s first pit stop during the Spanish Grand Prix, as the team hadn’t called him in.

Verstappen was leading the race from Lewis Hamilton when he came into the pits on lap 25. No instruction for him to pit was heard on the radio before he came in, and Red Bull’s team CEO Christian Horner later confirmed he hadn’t been called in.

As his pit crew weren’t ready, Verstappen’s pit stop took around four seconds instead of a more typical two.

“We were gearing up for the stop, but then Max just arrived in the pit lane and we hadn’t actually called him in at that point,” Horner told Sky.

He praised the efforts of the team’s pit crew and Verstappen’s race engineer Giampiere Lambiase to minimise the time lost due to the surprise stop.

“[It was] quick reactions from the pit wall, from GP, his race engineer, from the pit crew to get that turned around without losing more time. I think it was a four-second stop.

“So they recovered incredibly well to get that turned around at that short notice.”

Horner said the team expected Mercedes to react to their slow pit stop by pitting Hamilton immediately. He said the fact they didn’t showed they had a clear performance advantage in Spain.

“Because we’d had that slow stop, we thought they would immediately [pit] that next lap. Obviously, they didn’t. We got back the track position.

“But they just looked like they’d got a quicker car today. They didn’t have the tyre wear, they were able to follow so closely and because the field [spread] to such a degree that it did, that just gave them all the options.

“It didn’t look like they were going to pass Max on-track on the same strategy. So they’ve got nothing to lose by taking a pit stop into that clean air and of course, it worked out for them today.

Verstappen’s radio messages from the lap before his pit stop