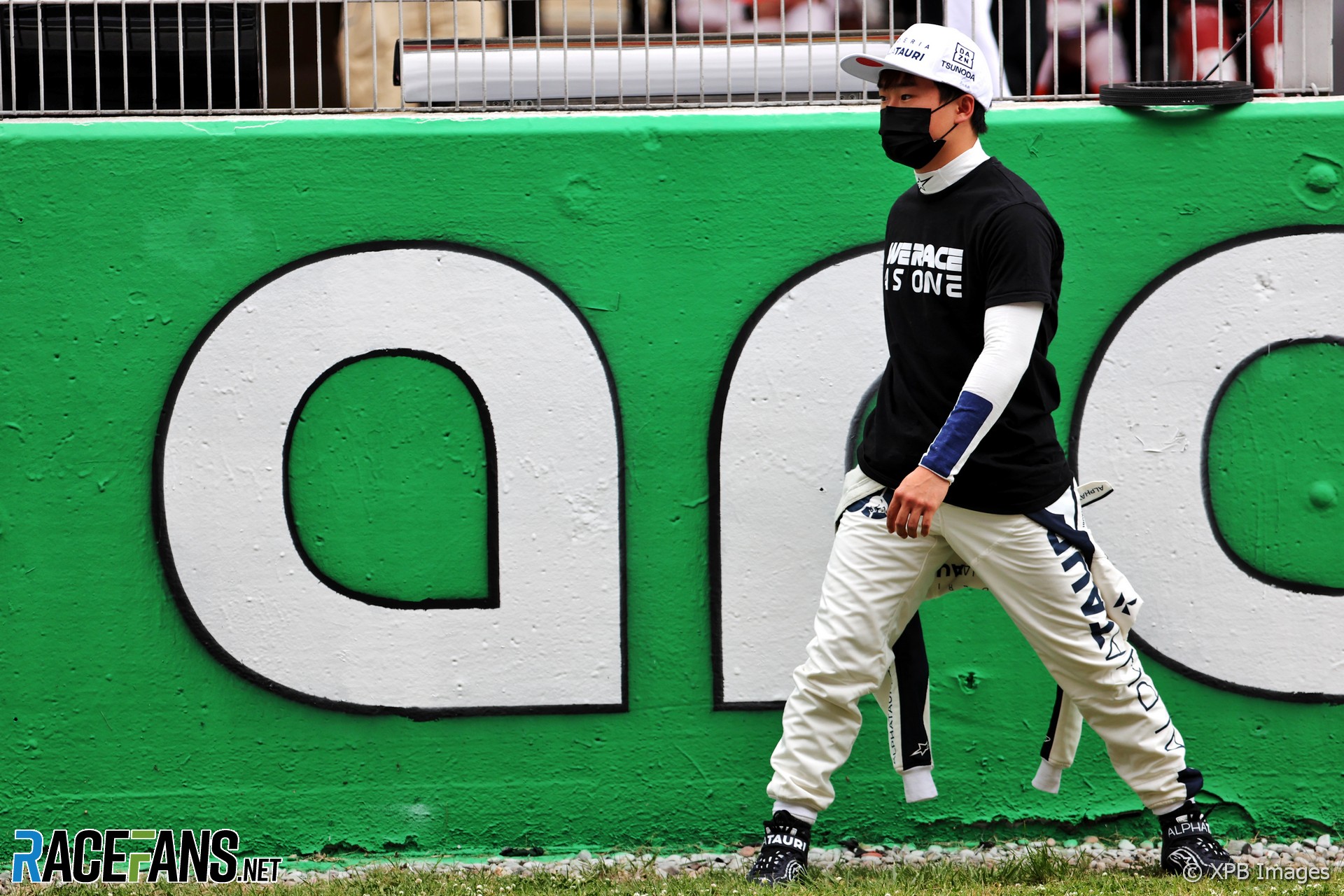 In the round-up: Pierre Gasly says Yuki Tsunoda’s rash criticism of AlphaTauri after exiting qualifying in Q1 was an ’emotional’ response to a tough rookie day.

‘Quite emotional’ Tsunoda will learn

After dropping out in the first round of qualifying, Tsunoda suggested in an interview he was being given a different car from Gasly. He later apologised for his comments, which Gasly said believes were an emotional response to a tough day.

“Yuki obviously had a tough qualifying yesterday, and he is quite emotional,” Gasly explained. “So I think it’s a bit of emotional control. But he’s also young and I believe he will learn and improve on this.”

No need to ‘pick up’ Norris from hard race

Andreas Seidl said McLaren have no need to buoy up Lando Norris, despite a less good race result in Barcelona and being blocked by Nikita Mazepin in qualifying.

“I think there’s no need to pick him up. I just spoke with him after after the race and in the end, you have to accept with how this weekend went. Unfortunately, we did manage to finish higher up yesterday despite having a car that had more potential. We all know about the circumstances.

“So it’s important in order to simply move on. And today in the race, I think he did what he could do from his side that we did from the team said we could do, and he was simply not possible to do more than which is something you have to accept.

“I think you need to look also at the positive side, on a track where it’s simply difficult to overtake and it’s important that we still managed to score.

“[We took] 12 points on the race can where Ferrari was quite strong and the only loss today, I think six points in the championship. Lando, so far, had an incredible start into this season with an incredible performance. So there’s no need to pick him up, he’s fine and I’m sure he will strike back together with us at the next races.”

Nicholas Latifi said that Williams were trying to improve their options in the race with their early, double-stacked pit stop behind the Safety Car. However they ended up losing too much time due to blue flags as faster cars lapped them, he explained.

“I think it was just an unfortunate position on track, in that all the quicker cars that had pitted from their first stint were basically coming up behind us. Obviously we’re just in an unfortunate situation with the lack of pace in the car. You just lose so much time when they’re running by you, it’s pretty much like taking a blue flag, every time a car goes by, you lose anywhere from one and a half to two seconds.

“At the time where I pitted, one car had gone by me, and then I think it was another seven cars probably over the next seven laps that were going to come by. When we pitted I was like: ‘Are we really getting rid of this tyre so soon? Wouldn’t it have been better to stretch it out and at least make it more even stint length?'”

“Because the ideal scenario would have been for us was to do an ‘option-option’ [tyre] race. Obviously that’s not allowed because by the rules. So when a Safety Car came out and gave us the opportunity, the track position to the Haas [cars], we’ll be much quicker, let’s do an option-option race and try and split the stints as evenly as possible.”

Really don’t understand Red Bull’s strategy there. Verstappen tires were so clearly gone when Hamilton made his stop, let alone 20 laps later. Prime example of an engineer/strategist not fully taking in what the driver was relaying about his tires 🤷🏻‍♂️

In my actions before the race i decided to kneel to show to respect to those, who have lost their lives 76 years ago in the war. #9thMay pic.twitter.com/zemHtknQR9

"It was the same big names near the front (this weekend), like (Dennis) Hauger. (Jack) Doohan was very quick in the last race today and Olli (Caldwell) did a mega job this weekend as well."

"I don't know where I would be in the future. Obviously, my wish is to stay in, you know, to stay in the team. We’ve won so many champions, I mean, so many championship teams and drivers together that to me, it makes sense to stay.'"

Ferrari had a notably good race, despite Carlos Sainz Jnr losing a few places – but Srdjan Mandic points out there’s signs they’re regaining real operational competitiveness, in areas that have been a struggle in recent years.

Fun fact: Leclerc’s and Sainz’s pit stops were equally fast – 2.2 at their first stops, 2.7 at their second stops.

Nice to see Ferrari getting consistency on their pit stops, considering how bad they were last year.

That new pit equipment seems to have helped them a lot.
Srga91

12 comments on “Emotional Tsunoda “will learn” from media outburst – Gasly”