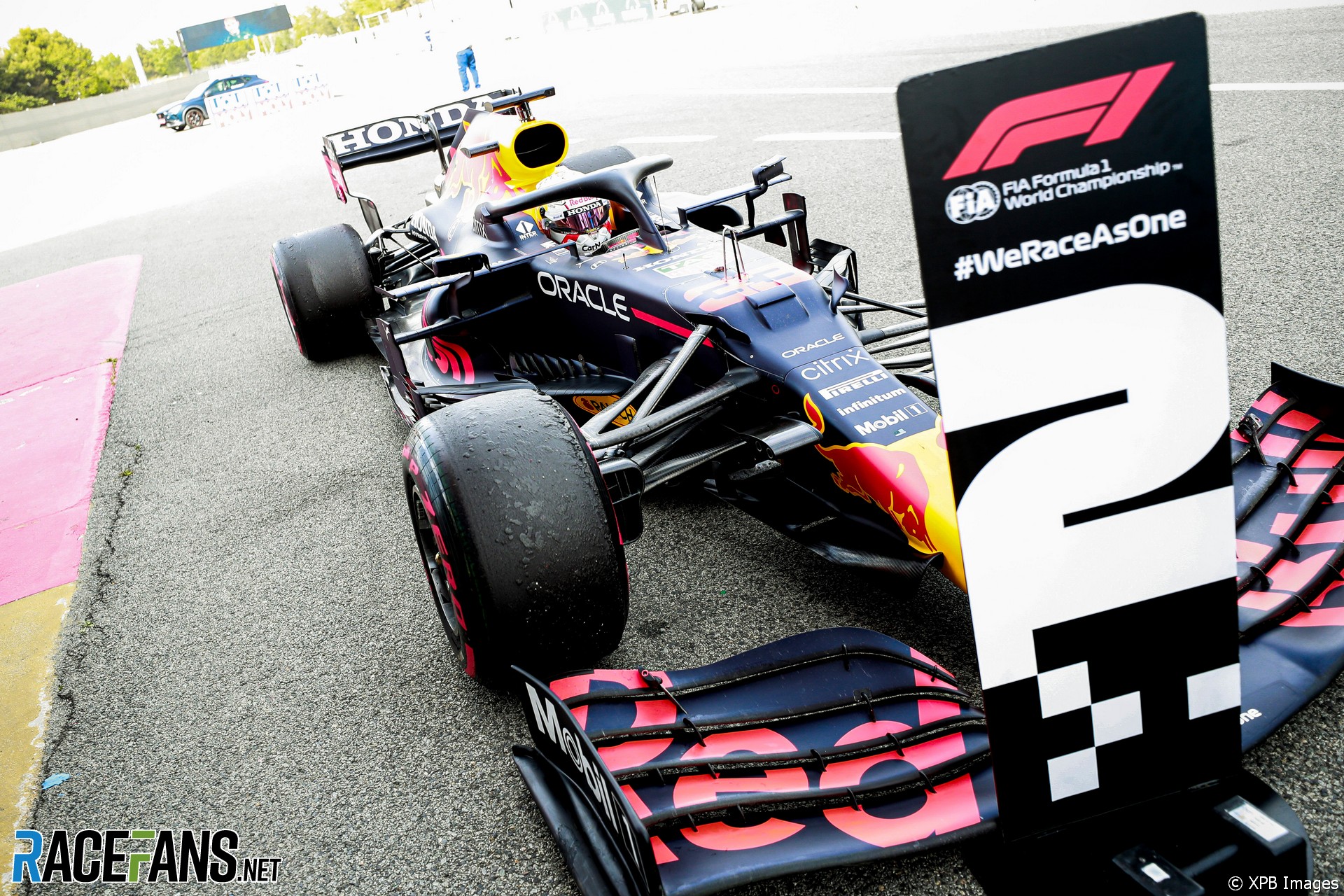 Red Bull did not have any strategic options to win the Spanish Grand Prix because they weren’t quick enough, Max Verstappen believes.

Despite taking the lead of yesterday’s race at the start, and heading the field for 54 laps, Verstappen said it was inevitable Lewis Hamilton would find a way past him to win as they were “too slow”.

“That’s how you sum it up,” he said in yesterday’s FIA press conference following the race. “There’s not much else to really discuss.

“I tried everything to manage it as good as I could, looking after tyres and stuff, but it’s just not enough when behind you they are just pushing you at [that] rate. You see there’s clearly a bit more pace.”

Verstappen came under pressure from Hamilton at the end of the first stint. The Red Bull driver pre-empted Mercedes’ pit call for Hamilton by coming in himself without alerting his team.

However Hamilton made his second pit stop before Verstappen, and was able to catch and pass him to win.

“You try to keep up with it and do the best possible strategy you can, but even if I think we had gone, let’s say, for that earlier second stop, I don’t think I would have caught Lewis up after that,” said Verstappen.

“On the mediums I think I was just a bit slower. For Lewis to be that close on a track like this, all the time within a second, sometimes having DRS, it just shows that there was not much I could do out there to make a difference.

“Of course you always want more. I think that always needs to be the aim. I think that we shouldn’t be happy with a second place at the moment, but nevertheless, we tried everything.”

Red Bull began the season promisingly in Bahrain where Verstappen beat the Mercedes pair to pole position. Since then he says it’s become clear their rivals have a stronger package on race day.

“It looks good when you are leading for so long in the race but you have to also look to all the things that are happening throughout the race. And I think, overall, we were just lacking a little bit of pace in the race.

“It has been like this a little bit so far this season where it seems like qualifying, we are quite competitive and in the race struggling a little bit more.”