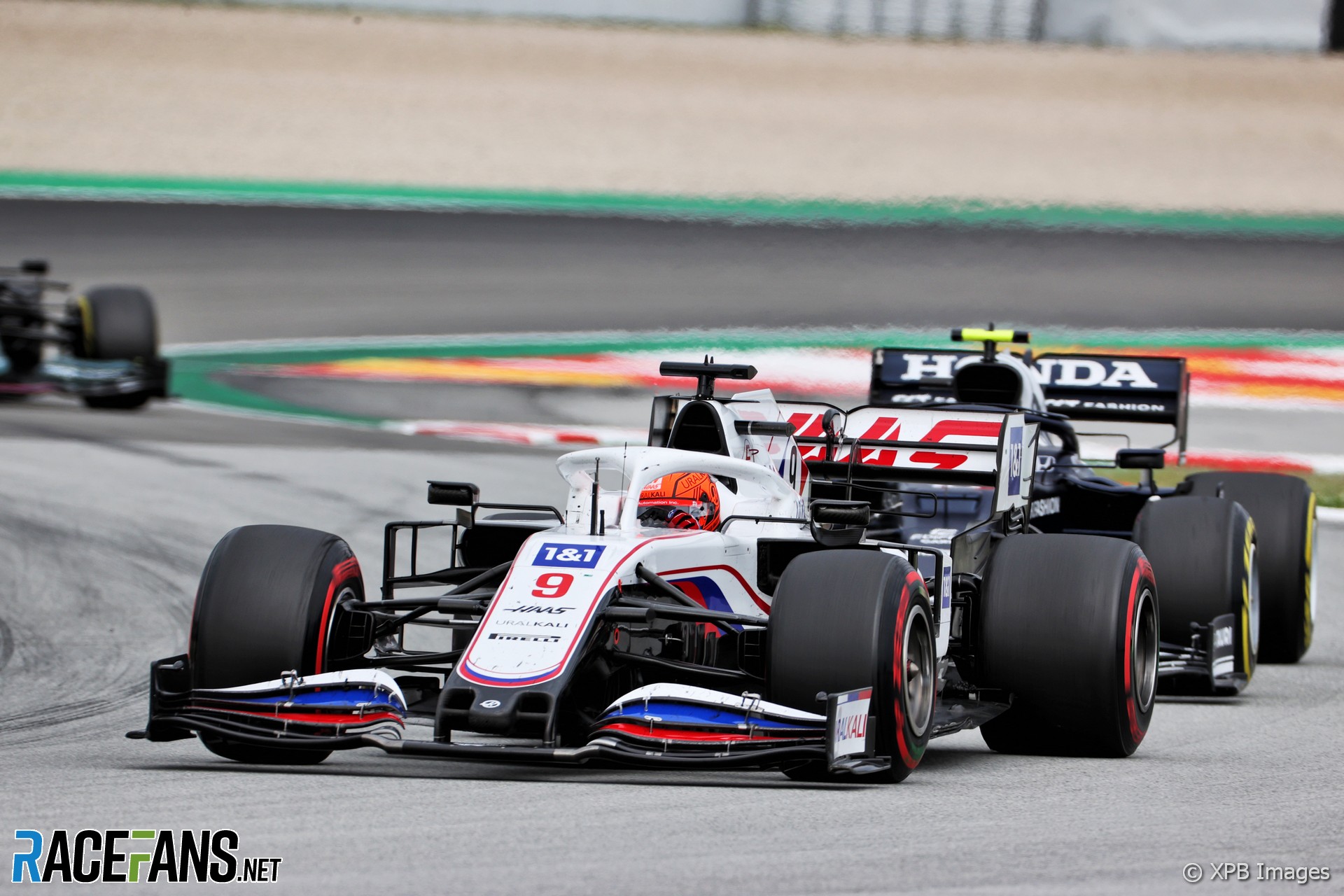 In the round-up: Nikita Mazepin says he’s still getting used to obeying blue flags, after his involvement in two incidents involving the race leader in the past two races.

Mazepin was penalised for holding up Sergio Perez during the Portuguese Grand Prix, and last weekend was the subject of a complaint to F1 race director Michael Masi by Mercedes’ Toto Wolff, when Lewis Hamilton came up to lap him.

The Haas driver said he is still learning how to respond to F1’s blue flags. “I was dealing with these blue flag in Imola for the first time in my life,” he explained. “I previously never had a blue flag on a consistent basis.

“So it’s a matter of learning just the same as driving. And it took me about five, seven years to learn proper driving and it’s going to take me, hopefully, a few race weekends only to learn blue flags.”

The start of F1’s qualifying session was delayed by 10 minutes last weekend due to barrier repairs following a crash in the preceding Formula Regional Europe event on the track.

FIA F1 race director Michael Masi explained the damage caused to the TecPro barrier at turn nine by David Vidales’ car was not serious enough to require repairs before that race could resume, but had to be addressed before the quicker grand prix cars returned to the track.

“Having looked at that on the CCTV at the time and so forth, you need to consider everything, particularly from the point of view that Formula Regional cars are significantly slower than F1 cars and from that perspective it was fine to continue,” said Masi. “But obviously prior to the F1 session starting, with the damage that was to it, wanted to ensure that it was back to its full integrity.”

Just one positive test for Covid-19 was recorded among staff during the Spanish Grand Prix weekend, the FIA and Formula 1 has confirmed, out of 5,234 tests conducted. This is the second race in a row only one person tested positive for the virus.

Williams will mark their 750th race start at the #MonacoGP with a special logo on their car.

100 fans will have the chance to have their names added to the Halo on @GeorgeRussell63 and @NicholasLatifi's cars. To sign up, enter here: https://t.co/Ff18kPlyf5#F1

The action at @Circuitcat_eng isn’t over yet! We’ve got three teams testing 2022 #Fit4F1 18-inch tyres for us starting from tomorrow. @AlpineF1Team and @kvyatofficial will be testing on Wednesday. @F1 @fia pic.twitter.com/TX9BDt2ZGi

HWA’s Nannini: F3 ‘much harder’ to race in than F2 (Formula Scout)

"Racing in F3 in a race like this is much harder, I would say, because yeah there is some tyre degradation, but you can push almost every lap and that is what I was trying to do now. In F2 instead, you can’t push really even after the beginning because otherwise you don’t have any more tyres."

Is Sergio Perez really doing that much worse a job than a driver like Valtteri Bottas?

The Mercedes is faster than the Red Bull and it allows Bottas to be closer to the front than Perez is but otherwise, I don’t think there’s much of a gap in performance between the two of them. Perhaps once Perez gets more used to the team, he’ll find a bit more pace but I don’t think he’ll find enough to consistently cause a problem to Hamilton the same as Bottas rarely causes Max any worries.

There’s always a lot of talk about Mercedes using Bottas on an alternate strategy to put pressure on Red Bull but it’s rarely the case that he can keep up with Max.
@Petebaldwin