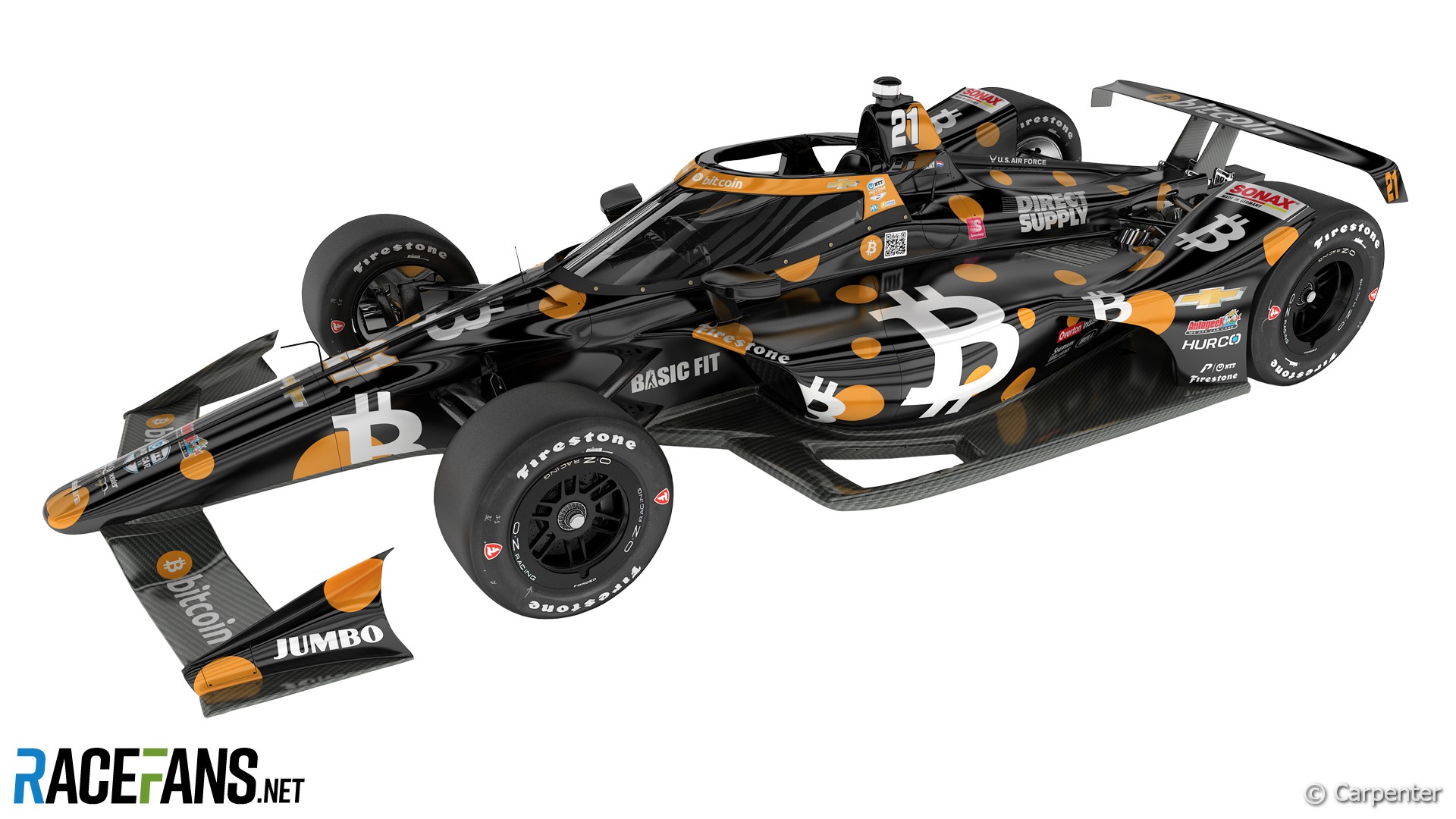 IndyCar has confirmed 35 entries have been accepted for this year’s Indianapolis 500, meaning two drivers will not qualify for the 33-car field.

Nine former winners will contest this month’s event including Juan Pablo Montoya, who is returning to the Brickyard for the first time since 2017, with McLaren SP.

Three rookies – Scott McLaughlin, Pietro Fittipaldi and RC Enerson – will attempt to compete in the race for the first time. Romain Grosjean, who joined the IndyCar series from Formula 1 this year, is not taking part as he is only racing in the road and street course rounds. Fittipaldi will drive his car, as he did in Texas.

Ed Carpenter Racing revealed a new sponsor for Rinus Veekay’s car at this year’s race. Cryptocurrency Bitcoin will brand his car and their logos will also appear on the team’s other entries for Conor Daly and Carpenter himself.

Carpenter said the partnership, through Bitcoin payment handling service Strike, was personally important to him, “To bring my personal interest and immersion in Bitcoin to our industry is historic. Just as Bitcoin is revolutionising our financial system, I see it as an opportunity to transform how we operate within our own motorsport industry.”

The Bitcoin car will be supported by donations handled through Strike, using a non-fungible token (NFT). In a release today, Ed Carpenter racing said that “a unique QR code enables the world’s first peer-to-car contribution model, allowing anyone in the world to donate.”

Bitcoin will not just be used to sponsor the car but be made available as a form of payment to all employees, as an alternative to US dollars, for the event. However there have been strong environmental criticisms of Bitcoin, with each coin of the cryptocurrency taking around 72 terawatts of electricity to mine.