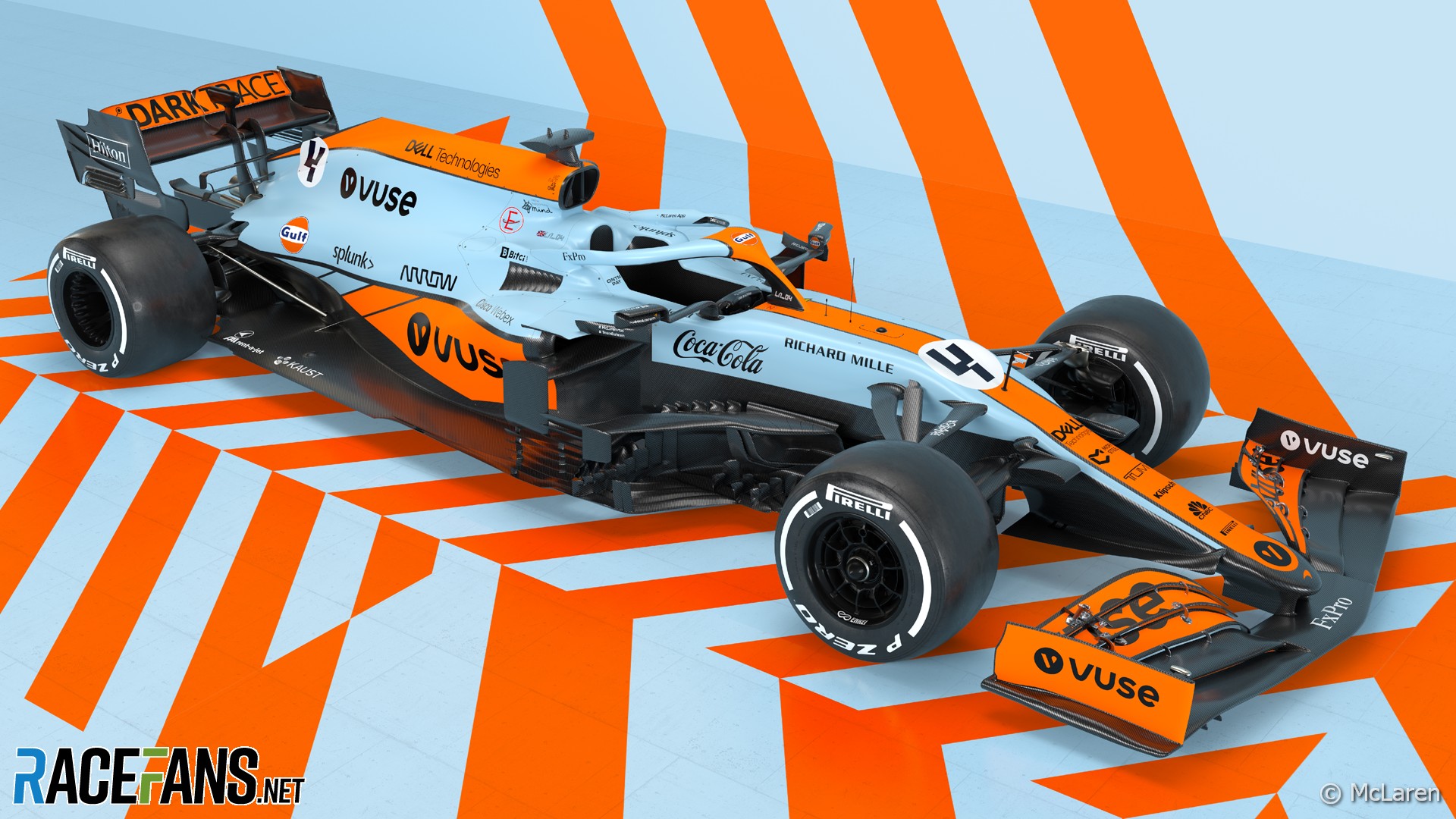 The team will race in the colours of sponsor Gulf in Monaco this weekend. Norris will use a new helmet complementing the design for the race.

He said the team’s one-off livery “will be the best-looking car on the grid by a very long way” and told McLaren Racing CEO Zak Brown he prefers it to their usual look.

“I said to Zak it looks even better than our current livery but he didn’t sound so convinced by that,” said Norris.

“But I think it’s awesome, I think it’s a cool opportunity for for both of us and especially at Monaco I think it brings it all together and it’s pretty unique.”

Norris said he hasn’t yet seen the final version of the special helmet design he will use this weekend. “I actually hope it arrives in time because quite often they don’t.”

The helmet will have “a Gulf livery, my design but Gulf colours and a bit retro old-school, a bit of a throwback – I think it will look pretty cool.”

Daniel Ricciardo will also sport a special helmet design in Monaco. “I am going to go retro,” he explained. “Still with McLaren history, not necessarily like a Gulf livery.”

He was no less enthusiastic about the team’s new look for the race, which he won in 2018. “Of course I love it,” he said. “It’s cool. I didn’t need another reason to get excited for Monaco, so I got to control myself.”