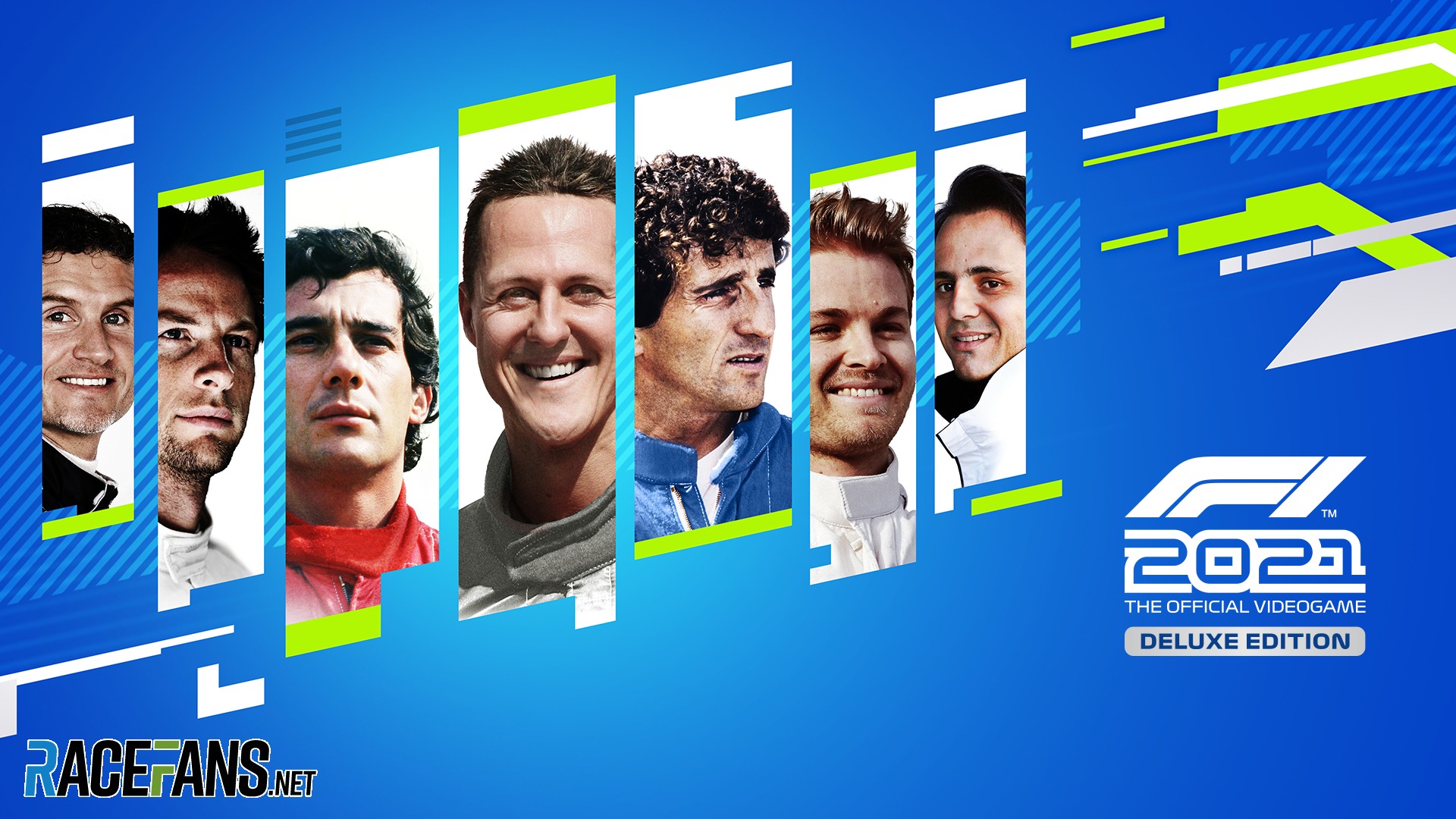 In a first for the official F1 game series series, players who purchase the Digital Deluxe edition of F1 2021 will have the ability to hire seven famous names from the last 30 years.

Schumacher and Senna have been given an equal rating of 94, just one more than Prost (93). Button will have a driver rating of 90, higher than Rosberg (89). The only two non-champions in the selection will have the lowest rating among the ‘icons’: Coulthard (87) and Massa (86).

F1 2021 will by released on PS5, PS4, Xbox Series X/S, Xbox One and PC through Steam on Friday 16 July. The Digital Deluxe edition is available for £74.99 on the official PlayStation store, while the standard edition of the game will retail for £59.99